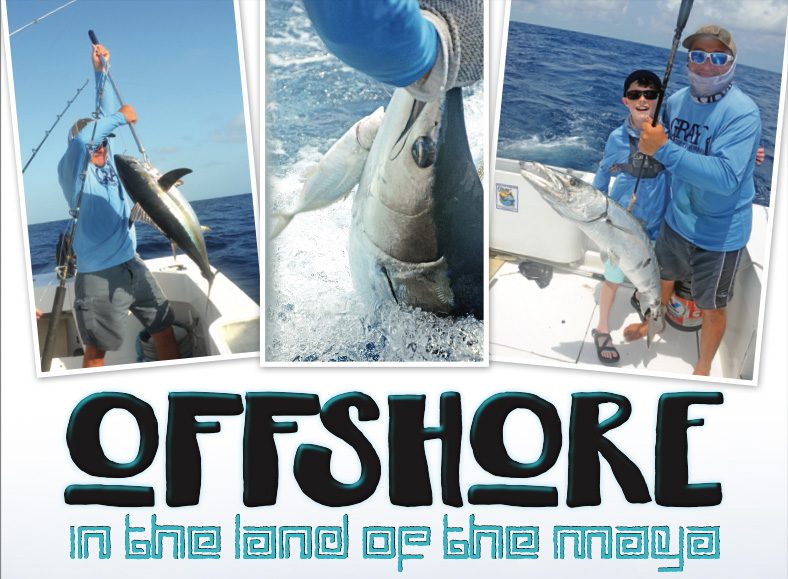 It incited excited Spanish chatter from the crew when the fish’s bill slashed the surface. “Marlin blanco?” was the only phrase I could decipher.

I clung to the rod as Tony Tuz and his father Lorenzo cleared lines. “Billfish! Billfish!” Tony barked so the gringos understood.
Then my 10-year-old son gasped. A 7-foot sailfish went airborne and tail-walked for 20 yards off the stern. It was awesome, exactly what I envisioned while e-mailing Charter Fishing Cancun prior to a recent family vacation. My son and I were the only anglers aboard the 35-foot Bertram Xaviera III. We could have used some help cranking in all those fish.

Cancun, Mexico is a great place to fish. The resorts overlook the Straits of Yucatan on the northeast tip of the Yucatan Peninsula. It’s the pinch point between the Caribbean Sea and the Gulf of Mexico, a highway for pelagic species.

In March, we were early for the headliner species. From April through July, summer is peak season for blue and white marlin, sailfish, tuna, wahoo and mahi-mahi—which they call Dorado. Snapper and grouper species, as well as amberjack and huge barracuda can be caught year-round.

No matter. We just wanted bent rods, and Capt. Jorge Rivas steered us toward open water with baitwell full of small jacks and blue runners. The action began almost as soon as Tony and Lorenzo got lines out. We pulled a spread with bird teasers, a squid chain, skirted ballyhoo and several flat-lined live baits, which almost immediately brought up a big Dorado that came unbuttoned. Then we drove into birds. 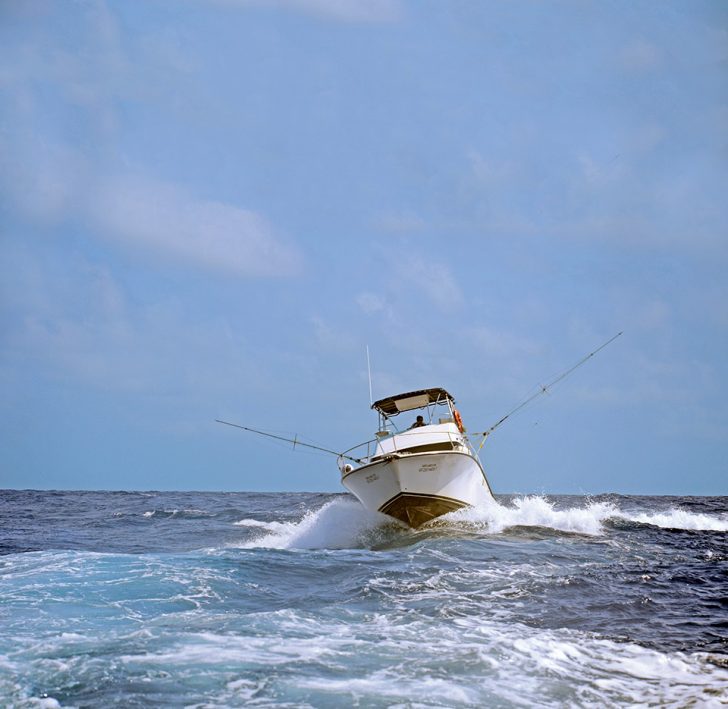 Gulls diving on flying fish were enough to get me excited. Tony was not impressed.

Sure enough, my son took the rod to catch bonito for the bait bucket until big fork-tailed frigate birds started diving all around the boat. The boy could definitely tell the difference when a gorgeous 20-pound blackfin tuna took the bait.

It wasn’t even 8:30 a.m., and we had seen a lot of action. But the captain and crew had more to show us. When the tuna bite died, we stopped over a ledge in 350 feet of water. Lorenzo worked quickly to cut bonito into baits. He sliced away the entire dorsal section and tail of each fish to leave streamlined head-and-belly baits. We jigged them deep, and in short order were tripling up on amberjacks up to 40 pounds. We battled big AJs until weary arms begged for mercy and then headed to deeper water and the sailfish. We finished the day with three big barracuda, which are a ton of fun when they’re 4 to 5 feet long. 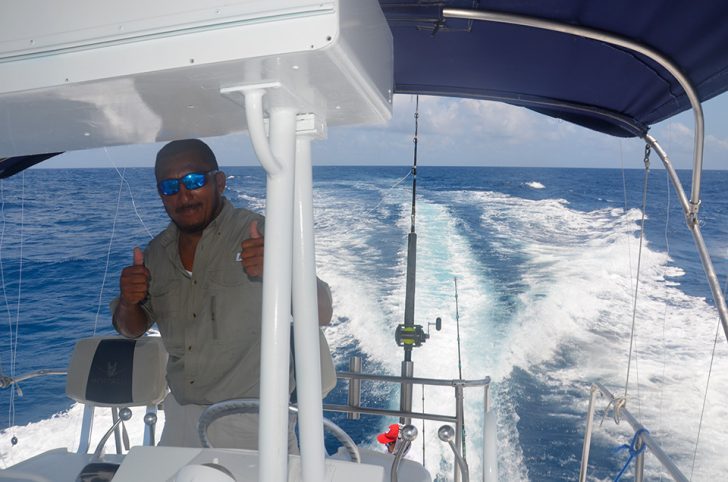 After all that activity, my son crashed in the shade for the ride back. Seeing him smile in his sleep is something I’ll never forget.

To book an inshore or offshore trip out of Cancun, contact Charter Fishing Cancun at cfishingcancun@gmail.com. Check out their website www.charterfishingcancun.com.