A Fish Turned Me Into A Conservationist

Sometimes it bothers me when I see mother loads of fish or big breeder fish dead on social media. Fortunately, I catch myself most of the time before I post a snarky remark about the photo. A moment of sanity and I remember that once was me! I am a reformed meat fisherman and I have no business chastising anyone. I have had my share of ego boosting, murder everything, rip some lips fishing adventures where nothing that swam was safe.

I have a plaque hanging in my office that pretty much sums me up. It says, “I never dreamed I would grow up to be a Grumpy Old Man, but here I am Killing it.” Those who know me know I am a little rough around the edges, far from politically correct, and have a true passion for anything involving the ocean. I even sport a tattoo of Yemaya, the goddess of all bodies of water and mother to all people on earth.

I also have a passion for marine conservation and have for many years. Years of running around those circles has convinced me of one thing. There is a difference between a conservationist and an environmentalist. In my humble opinion, Conservationists make management decisions based on science, while an Environmentalist may at times make science based on decisions.

I am sometimes asked how I became so passionate about marine conservation and passing the message to future generations. The turning point was sometime in the late 70’s or early 80’s. It was so many cold beers ago, I don’t remember exactly when, but I do remember it was a fish that affected me profoundly.

As I said, this was many years ago before everyone had to walk on eggshells so to speak as not to offend anyone and I will recant the story as so.

I grew up in Pinellas County, Florida and in the 70’s the county started an artificial reef program which looking back was probably a rouse to rid the county of junk cars, old tires, and old cement culverts. In the beginning they served their purpose well. They attracted tons of bait, and just behind them the predator fish that fed on them. It wasn’t too many years later that people noticed old cars deteriorate in saltwater and hurricanes scatter old tires all over the Gulf of Mexico.

The reefs were marked with buoys and the county published the locations of these reefs and every weekend boater or scuba diver had access to them. The thing was most people fished right on top of the reef and any time they hooked into a decent fish, it swam into the massive pile of junk below and was lost or broken off.

We figured out a way to outsmart the fish…… Sand grenades!

With the right amount of, sand, water and cat food we made balls that we dropped from a boat in front of the junkpile with the current carrying the scent back to the haunts where the nice fished lived. They would be curious enough to swim out of the cover and find our waiting baited hooks on the sandy bottom just a few yards off the reef. It was amazing how well the system worked.

On this day we had a dozen or so gag grouper in the 8 to 10-pound range and a bucket of plate size mangrove snapper in the cooler when I felt a strong thump on my line.  My rod doubled over and line was steadily pulled off the reel against the drag I had hammered down on the old reliable Penn Senator. Just as quick as it started it stopped moving. I knew it had made it into the structure. I could feel the vibrations on the line, so I also knew I was still hooked into whatever monster this was.

I tried all the tricks I could think of. I pulled as hard as I could. I thumbed the line like a guitar string hoping the vibrations would irritate it enough into swimming again. I even went free spool thinking it might fool it in to thinking it had escaped. Nothing worked.

Then I looked across the far side of the reef and tied to one of the buoys, I saw it. A boat with a dive flag up. A light went on in my head and a quick call on the radio to the safety guy left in the boat let me know they were spear fishing. I quickly made the offer if they came over and shot whatever I had tied to my line I would split the bounty with them.

A short time later the dive boat was tied off to us and I said he just needed to follow my line down as I could feel something big was still attached. A diver geared back up and started to descend. The longest 20 minutes of my life followed watching bubbles raise from the depths. Suddenly he surfaced and his eyes were as big as coffee saucers.

“Man! you are not kidding you got a big fish on”, he gasped.” You have a jewfish and I bet he goes every bit of 400 pounds, but he is sitting in the front seat of an old ‘61 Mercury Monterey.

“Just plug him between the eyes, I commanded, “and we can pull him out with some rope!

“What the heck you think I’ve been doing?” But every time I move in to take a shot, he rolls the window up.”

We never did kill that fish and that is the day I learned to respect fish and realized each has its own personality. I still like to eat a fresh caught fish, but my meat fishing days ended on that trip.

Enjoy your Thanksgiving, Christmas, or Hanukkah holidays. Back to regular conservation news in January with some exciting things happening around FECOP. Buy a kid a fishing rod for the holidays.

Note: The American Fisheries Society changed the name of jewfish to Goliath Grouper in 2001, three years after changing the name of squawfish to Pikeminnow after someone decided squawfish might be upsetting Native American Indian women.

Theories say they were originally named jewfish because a portion of their backbone is shaped like the Star of David. Another is the word is a corruption of the word jawfish because of its large jaw. The story I grew up with and it was meant in a complimentary way is the following. Jewish people always had a knack to making and saving money. A jewfish spends its juvenile years in the estuaries or back country moving as far up creeks well into freshwater using mangroves or the shoreline for protection. You could always find them near the bank.

The purpose of the IGFA Regional Councils is to create local organizational structures to help the IGFA drive our mission of game fish conservation and the promotion of ethical angling practices around the world. IGFA Regional Councils will assist IGFA headquarters in maintaining and cultivating relationships with IGFA clubs, captains, weigh stations and members in their geographies.

From Costa Rica is Federico Hampl, Dra. Marina Marrari, Todd Staley, and Ramiro Ortiz who is the IGFA representative from Nicaragua and very active in Costa Rica’s sport fishing and conservation. 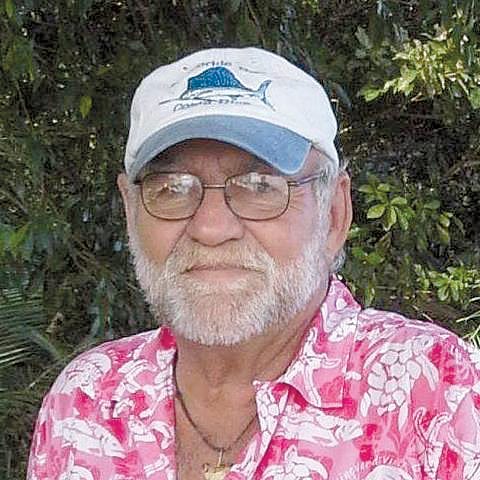 Todd Staley has managed sportfishing operations in Costa Rica for 25 years. He has been involved with FECOP since its inception and is former President of the group and was co-recipient of IGFA’s Chester H. Wolfe award in 2015 for his conservation efforts in Costa Rica. He is currently Fishing Columnist for the Tico Times and works full-time with FECOP as Director of Communications. Contact Todd at todd@fecop.org