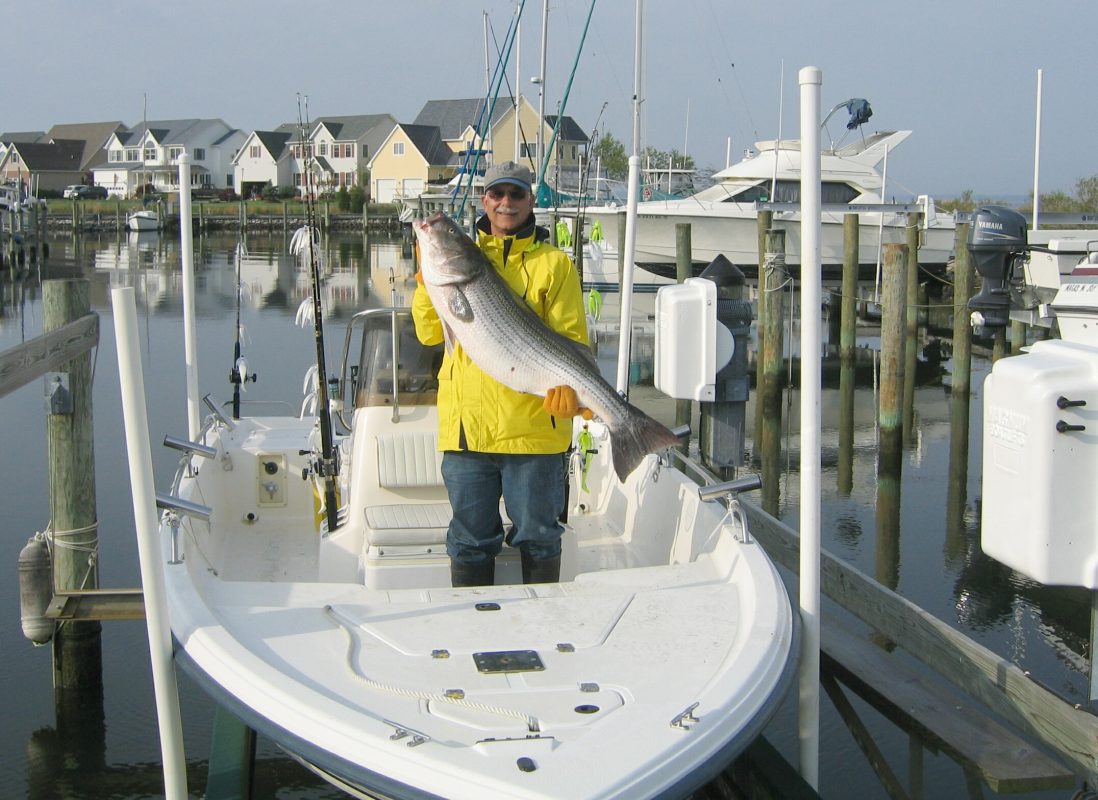 The Atlantic States Marine Fisheries Commission (ASMFC) has determined there are insufficient Atlantic menhaden on the Atlantic Coast to feed critically important predators such as striped bass, bluefish, and weakfish.

So they lowered the total allowable catch for all Atlantic Coast states from 216,000 metric tons to 192,456 tons for a 10% reduction. Of this total Virginia was allotted 78.66% of the total.
Virginia allocates over 90% of its quota to Omega Protein, the last remaining industrial reduction fishery on the Atlantic Coast. That total is 136,313 metric tons which represents 70.83% of the total allowable catch for the entire Atlantic Coast. Of this total the ASMFC allows 51,000 metric tons to be harvested in the Virginia portion of the Chesapeake Bay.

It gets worse. Omega Protein frequently positions its boat just outside the entrance of the Chesapeake Bay so they can harvest migrating menhaden entering and exiting the Bay. So, what’s the impact?

In addition, overharvesting of Atlantic menhaden has adversely impacted ospreys in the Chesapeake Bay.

It’s time to end Omega Protein’s reduction fishery in the Chesapeake Bay and the ocean entrance to the Bay. Atlantic menhaden need to recover for the benefit of recreational fishermen, non-reduction commercial fishermen, and last but not least, the marine environment.