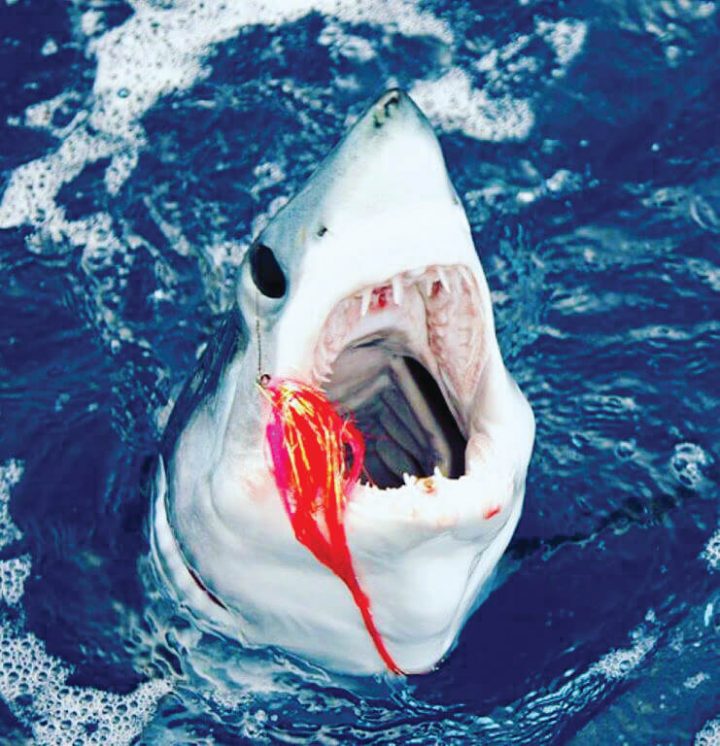 I love this time of year. With the warming Pacific water temperatures and the arrival of pelagic species like bluefin tuna, I know mako shark season is only a few weeks away.

There is not a better saltwater game fish on the west coast for the saltwater fly angler than the shortfin mako shark. These apex predators are big, fast and aggressive, which makes them a prime sight-fishing target with the fly.

However, it’s a lot like hunting, and to hook one of these amazing fish, an angler must have lots of patience.

Chumming for mako sharks can be boring. Sometimes it takes a few hours for the first mako to show up in the chum slick. So, what do you do when you’re waiting for Mr. Grinner to swim up the slick? You play with blue sharks!

Pass Time With The Blues

The blue shark has helped me pass many boring hours bobbing around in my skiff waiting for a mako to show up. In fact, it’s the blue shark that got me started in saltwater fly fishing.

I remember it well. The year was 1993, and I was looking for some adventure in my life. Bored with casting to bluegill and bass at the local lakes, I wanted something bigger, more extreme, a greater challenge. I discovered the blue shark.

I don’t cast to blue sharks much these days. I would rather appreciate their beauty and companionship, sort of like a pet dog.

The Art Of Chumming 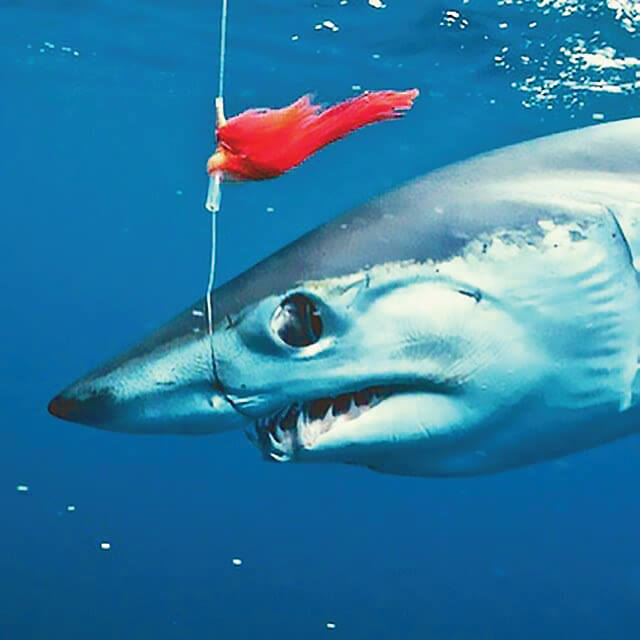 chumming; sometimes many hours than actually catching the shark.

Three things I’ve learned over the years fishing for Mako sharks is:

And… be patient. The longer you stay, the bigger the payoff. As my shark-fishing mentor once told me many years ago, “Stick and stay and make it pay.”