Manteo, North Carolina: Builder’s Choice definitely made a lasting impression in the 35th annual Pirate’s Cove Billfish Tournament. Angler Harris Huddle and his team put a 911-pound blue marlin on the dock on Tuesday, the first day of fishing, and never looked back. That blue, combined with a white marlin release the same day, vaulted the New Bern crew into the lead, which they never relinquished. 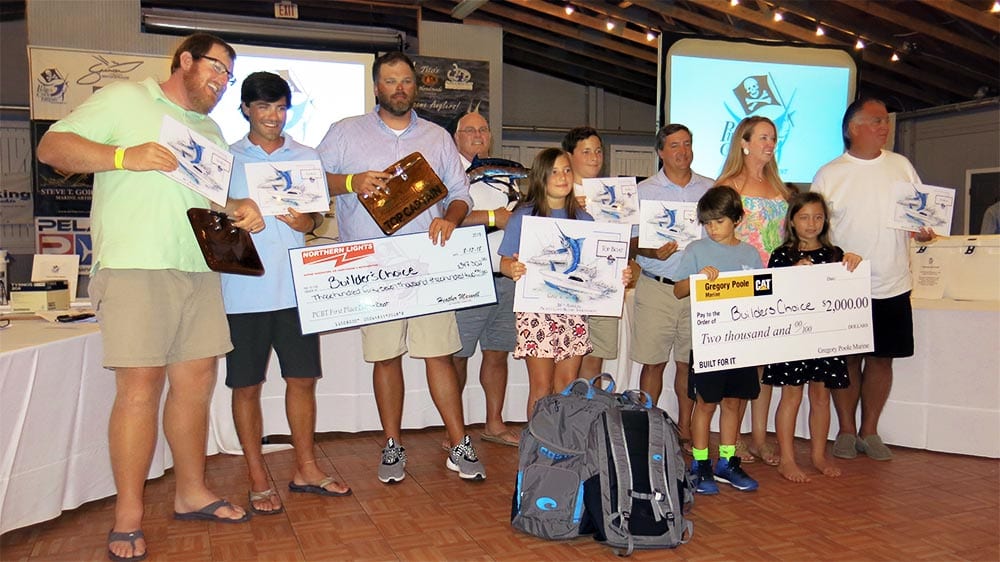 “It really hasn’t sunk in yet,” Huddle said at Friday night’s award ceremony. “I’m really proud of my captain, Brent, and the crew. We’ve fished eight tournaments this year and came in first in two, finished second in two more and had a third-place finish.

“There are a lot of great boats here who really know how to catch white marlin,” he added. “It’s a skilled fleet. We just happened to luck out with that big one.”  1,822 points earned Huddle the Top Angler name. 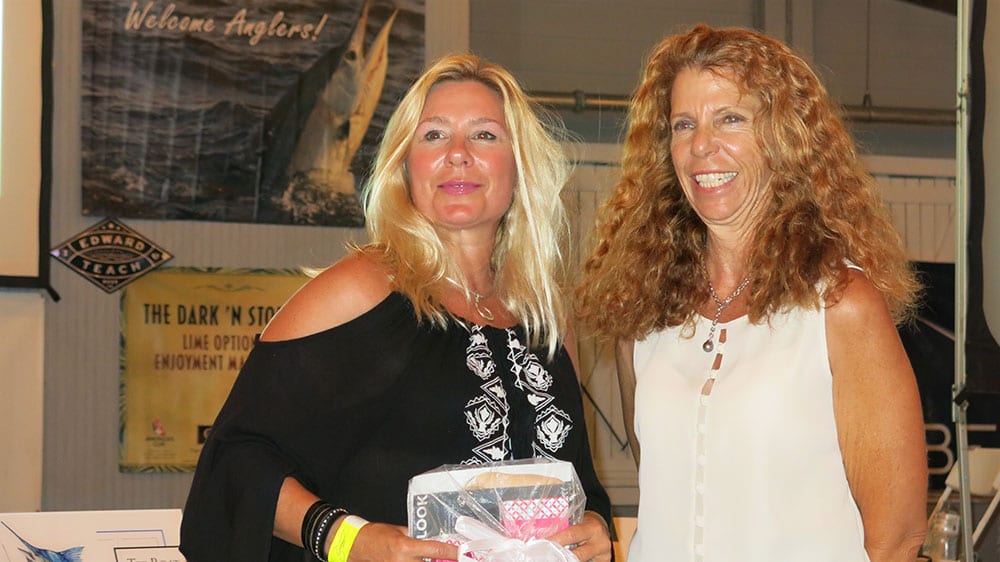 Katherine Anne (owner Brad Wachowiak and Capt. Daniel “Backlash” Davis), finished in fourth place with 850 points. Gerald Foley, Hunter Winchester and CK Gregory, Jr. were the other anglers; Mike Fulgham and Jason Peer were the mates. Katherine Anne is a 63 Paul Spencer based in Virginia Beach.

The tournament awarded Reid Yancy the top Junior Angler for the week trophy, fishing aboard Sensation with Capt. Dale Britt. Yancy released two billfish by himself to earn the title aboard the 52 Jarrett Bay.

The three game fish divisions paid out $11,440 each for the top weight for each species. David Stallings wound in the largest tuna at 55.4 pounds aboard Shenandoah, a 61 Paul Spencer with Capt. Alan Willis. Brad Ellinwood caught the largest bull dolphin, which tipped the scales at 37.7 pounds, on Sensation. Meanwhile Vic Starling whipped the largest wahoo of the week on Uno Mas, with Capt. Brooks Smith. Starling’s wahoo weighed 52.8 pounds.

“It’s been another great week,” Pirate’s Cove Billfish Tournament Director Heather Maxwell told the assembled crowd of hundreds packing the Pavilion at the Pirate’s Cove Marina Friday night. “The bite was a little off by normal Outer Banks standards, but we made up for it with that monster blue brought in by Builder’s Choice. I’d like to thank each and every one of you for fishing with us this year. You are the reason why the PCBT is one of the top big-game tournaments on the East Coast. Please come back again next year and bring a friend. We want to top that $1 million dollar mark in prize money.”