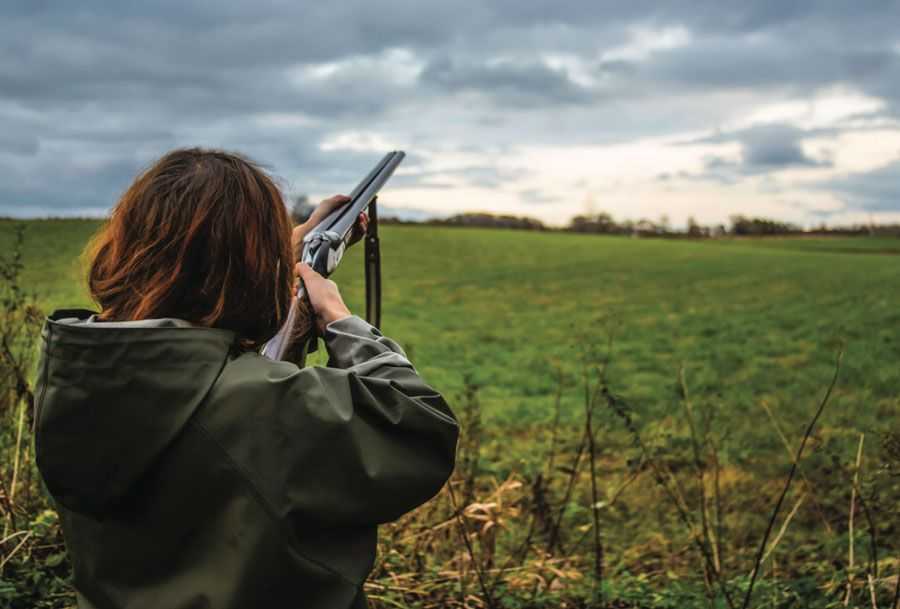 Do you find yourself looking for something new and exciting to do this summer. Have you given any thought about the shooting sports. Today there are over 19 million Americans safely participating in target shooting, whether that be hand guns, rifles, or shotguns. In and around Lake Okeechobee and central Florida in general, there are numerous clubs and ranges including Quail Creek Plantation, the OK Corral Gun Club, and Okeechobee Shooting Sports just to name a few. Many of these clubs offer special classes for beginners and youth programs and once safely trained, you’ll find yourself having fun and making many new friends and contacts.

The key to fun and success is to first learn basic firearm safety and shotgun fundamentals. Here a qualified instructor is an invaluable resource. All quality ranges should be able to provide you assistance in getting started. In the beginning you should focus on proper gun selection, your shooting stance, and mounting of the shotgun to the shooting position. The key to proper mounting is to make the shouldering of your gun a single fluid motion. You should acquire the target with your eyes, move your head and torso with the target while at the same time bring your gun into firing position, all without taking your eyes off the target. Don’t worry about hitting the target for that will come with time and practice. The key is to learn the fundamentals and expand from there.

There are three basic shotgun shooting sports, they are; Trap, Skeet, and Sporting Clays. Trap is the oldest shotgun shooting sport in America. Trapshooting derives its name from the device, called a trap, which throws clay targets into the air. Participants shoot at the clay targets thrown from a trap house located in front of the shooter. The trap rotates in a random sequence, presenting the shooter with a variety of going away shots, angling to the right, left and flying straightaway. Trap is usually shot in squads of five shooters. A round of trap consists of 25 targets per shooter. A trap field has five positions, or stations, numbered consecutively from left to right. Five clay targets, sometimes referred to as “birds,” are thrown for each shooter at each position, with one shot being fired at each bird. After firing five rounds in rotation, each squad member moves one station to his right, with the shooter on station five moving over to station one. 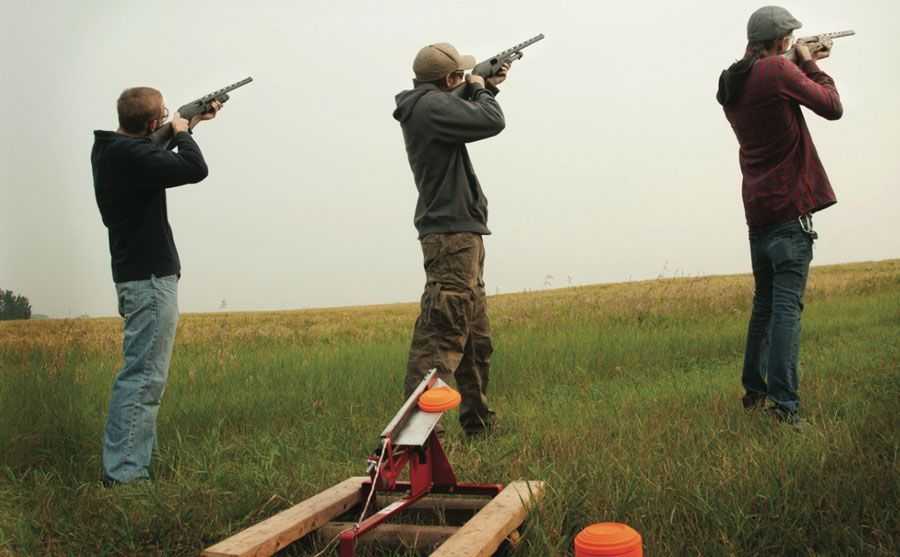 Skeet shooting uses the same clay targets as trap. Two trap houses are required in skeet, a “high house” at the left of the field and a “low house” at the right. Both traps throw targets at fixed angles. High-house targets start at a point about 10 feet above the ground, moving to the shooter’s right. Low- house targets move in the opposite direction starting from a point about three feet off the ground. Skeet is usually shot in squads of five shooters. A skeet field has eight positions, or stations, seven of which are numbered consecutively from left to right in a semi-circle around the field. Station eight is located in the center, almost directly between the trap houses, offering very challenging-and very exciting-targets. A round of skeet consists of 25 targets. Some stations offer single targets, others doubles. There are 16 single targets, two from each station. A round also includes eight shots at four double-targets from stations 1, 2, 6 and 7. The first target missed is repeated; the repeat target is called “the optional.” If no miss occurs in the round of 24 shots, the optional is taken as a single target usually shot from station eight.

Sporting clays is a challenging clay target game designed to simulate a variety of field-shooting situations. On a sporting clays course, shooters are presented with a wide variety of targets that duplicate the flight path of game birds, such as flushing, crossing, incoming and other angling shots. Courses are laid out in natural surroundings and typically include five or more shooting stations. Like golf, shooters move from one station to the next to complete the course. At any station, targets may be thrown as singles, simultaneous pairs, following pairs (one target right after the other) or report pairs (the second target launched at the sound of the gun being fired at the first). To further challenge shooters, target size may vary from the standard trap/skeet clay bird to the smaller “midi” and “mini” targets, or a flat disc- shaped “battue” target. There are also “rabbit” targets, special clay disks that are thrown on edge to roll and skitter unpredictably across the ground. Sporting clays allows for either a pre-mounted or low gun approach, and a full round usually consists of 50 or 100 targets (depending on the number of stations), with several targets normally thrown at each station.

If anyone of these shooting sports sounds inviting to you, then you owe it to yourself to visit a range and see what it’s all about. Don’t suppress you curiosity because of the ‘fear factor’ that media or peer pressure places on guns. The proper handling of guns is just like anything else, with proper education and the practice of firearm safety, there is little reason why this sport cannot provide you with years of fun and excitement.