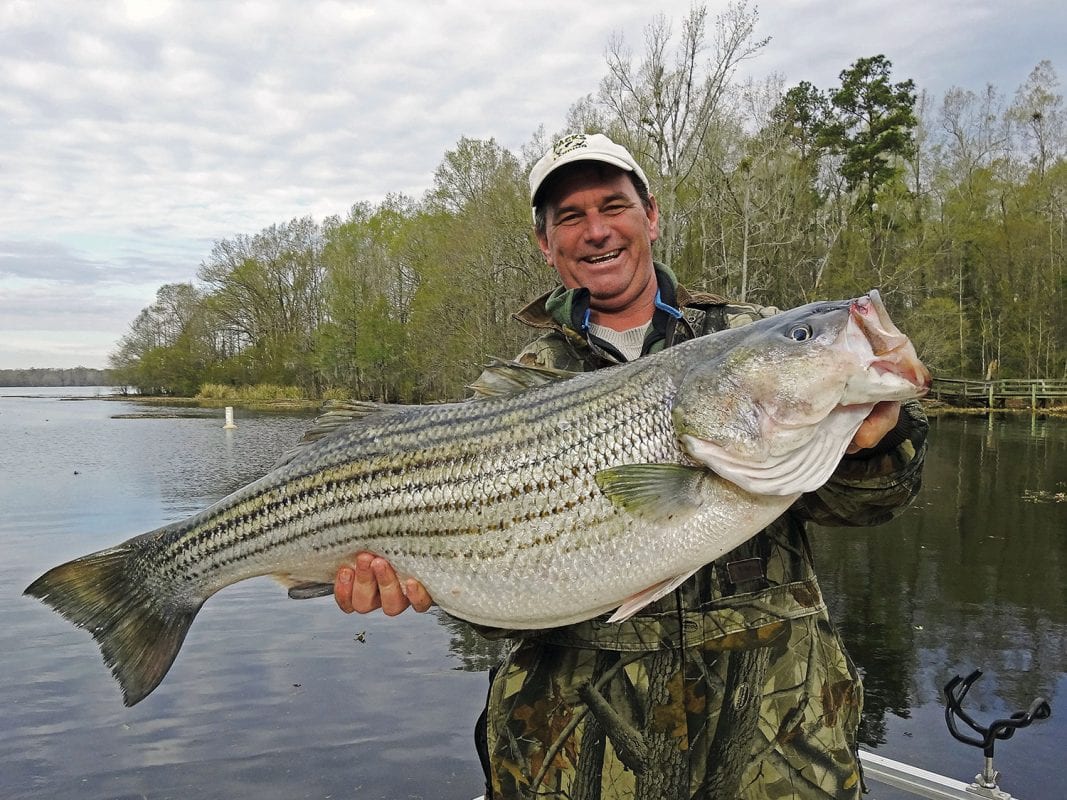 THE FISHING: For a world-class freshwater fishery, the Santee Cooper lakes in South Carolina are as accessible as it gets. Interstate I-95 crosses Lake Marion and I-26 flanks the twin-lake system to the south. The lakes are connected by a 7-mile-long diversion canal, which provides another unique fishery.

Marauding striped bass provide surface-schooling triple-digit catches per boat in peak season. The state record blue catfish was taken in 2017 and topped 113-pounds. Catfish in the 50- to 70-pound class are reasonable targets, and the big-fish population is on an upsurge. The system currently holds the world record channel catfish at 58-pounds.