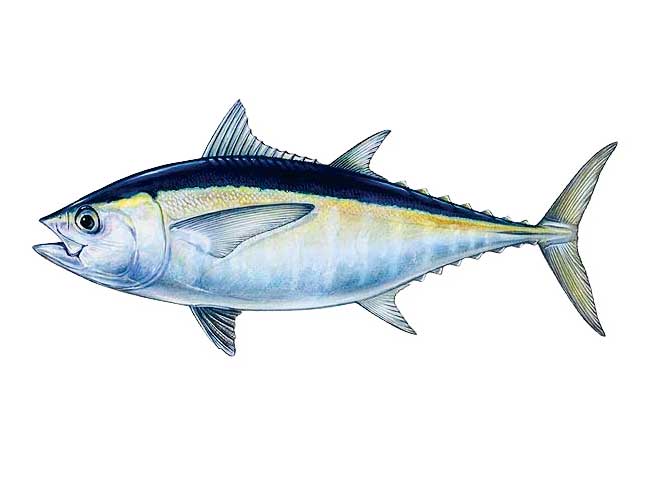 I’ve been wondering lately about the phrase “tuna fish.” Why do we say “tuna fish,” but not “bass fish” or “shark fish?” Isn’t “fish” redundant after “tuna?” Actually, no, because there is actually another tuna unrelated to fish: the prickly pear cactus.

With other fishy words we also add “fish,” e.g. codfish, swordfish, lionfish, etc. That makes sense since “cod” and “sword” and “lion” can refer to items other than fish. Using “fish” after such nouns can help a non-native speaker of English who might not know what a tuna or cod is. Also, it turns out that “tuna” can refer to non-fishy items, e.g. a cactus fruit. California has a place called La Tuna Canyon, not for ocean fish that might have swum there a million years ago, but for the prickly pear cactus found there. The word “tuna” in Spanish can mean “prickly pear.”

Finally, one of the most famous producers of packaged tuna fish, Chicken of the Sea, explains its name by saying that, in the past, fishermen called white albacore tuna “chicken of the sea” because of its white color and its mild flavor, which reminded them of chicken. Using the word “tuna” with “albacore” might be redundant since the albacore is a kind of tuna and is sometimes called “longfin tuna.”

Back to the nickname of tuna as “chicken of the sea.” I know that some claim that unusual meats like alligator or crocodile or rattlesnake taste like chicken, but I don’t think tuna fish tastes like chicken at all. Singer Jessica Simpson once ate a can of Chicken of the Sea tuna on her TV show while asking: “Is this chicken, what I have, or is this fish? I know it’s tuna, but it says Chicken [of] the Sea.”

Kevin McCarthy, the award-winning author of “South Florida Waterways” (2013 – available at www.amazon.com), can be reached at ceyhankevin@gmail.com.