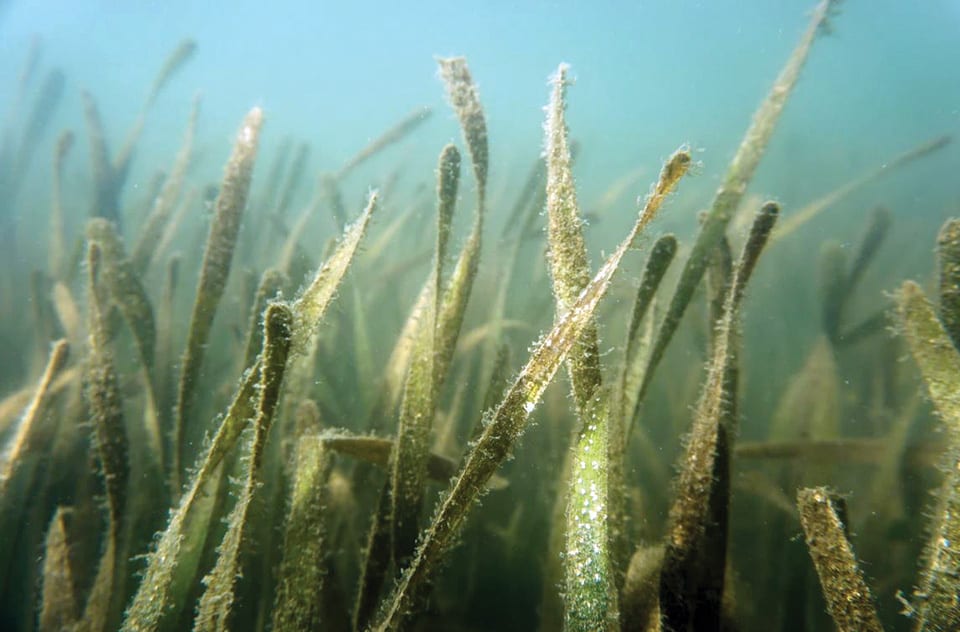 Between 2018 and 2020, seagrasses throughout Tampa Bay declined by 13 percent, or 5,411 acres. The majority of those losses occurred in Old Tampa Bay, which was down 3,200 acres. Losses were also reported in Hillsborough Bay (-525 acres) and the Manatee River (-150 acres). Lower Tampa Bay reported little to no change in mapped seagrass acreage. These estimates are based on imagery collected during the winter of 2019-2020.

SWFWMD has used this process to track trends in seagrass in Florida estuaries since 1988. To complement the aerial surveys, the Tampa Bay Estuary Program (TBEP) coordinates a monitoring program that further describes the bay’s seagrass resources. In Old Tampa Bay, bay managers have been concerned about recurring summer algae blooms and water clarity trends for several years. There, on-the-ground assessments show that rooted macroalgae are replacing seagrasses.

Tampa Bay has come a long way since the early 1980s, when the SWFWMD mapped a mere 21,653 acres of seagrass in the bay. Much of the bay’s environmental recovery came as a result of persistent efforts to control nutrient pollution. Those investments paid off after the bay reached a record high of 41,655 acres of seagrass habitat in 2016. As a result, TBEP’s Habitat Master Plan (2020 Update) established a new restoration goal for seagrass: maintaining at least 40,000 acres of seagrass within Tampa Bay.

This year’s results are a clarion call for bay managers. Seagrasses are important because they are essential fish nursery habitats. They are a major food source for marine wildlife, including manatees and sea turtles. They also trap sediments and improve water clarity.

TBEP and its partners are committed to investigating and addressing the complex causes of the observed 2020 declines in seagrass resources in Tampa Bay.