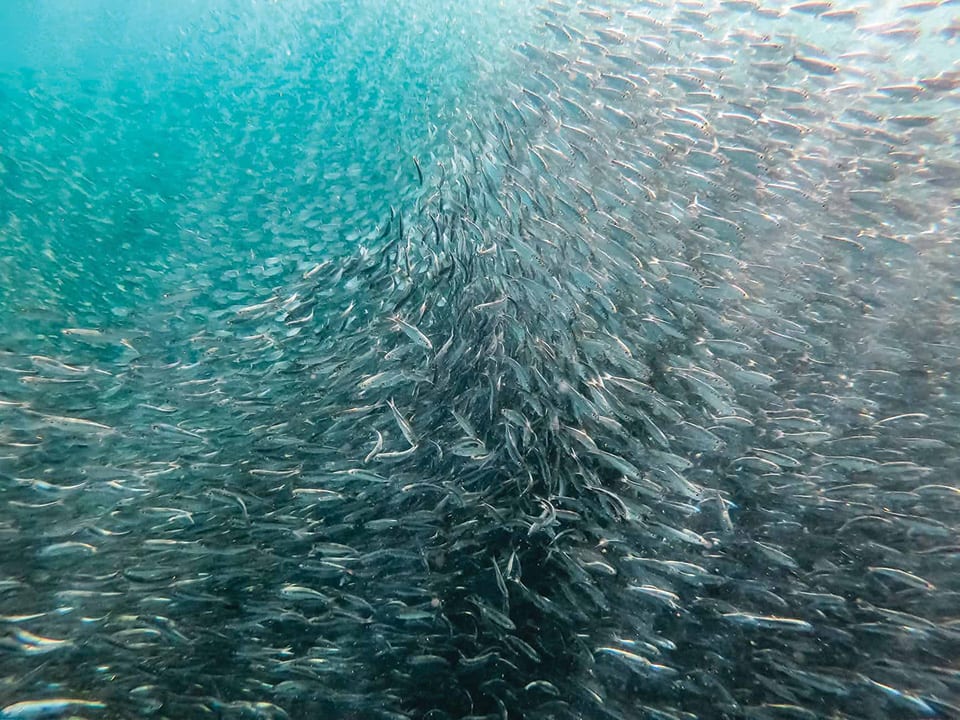 In late April, two U.S. senators introduced a bill to increase protections for small fish that serve as the food base in aquatic ecosystems.

Senators Richard Blumenthal (D-Conn.) and Roy Blunt (R-Mo.) filed the Forage Fish Conservation Act, which would amend the Magnuson-Stevens Fishery Conservation and Management Act to require the role forage fish play in the marine ecosystem be accounted for when federal fisheries managers set catch limits on these small but important fish.

In a joint statement, Blunt and Blumenthal said the legislation would lead to healthier wildlife and help communities economically tied to recreational and commercial fishing.

“Forage fish are experiencing unprecedented fishing pressure to help satisfy the world’s growing demand for protein, being used for everything from feeding farmed fish and livestock to fertilizer. However, research shows that forage fish are worth over twice as much in the ecosystem by supporting stocks of more popular food fish and recreational game fish,” said Dr. Guy Harvey, chairman of the Guy Harvey Ocean Foundation. “We thank Sens. Blumenthal and Blunt for working on this issue, and we encourage Congress to quickly approve this valuable, science-based legislation.”

Forage fish are the primary food source for almost all of the commercially and recreationally important fish species, as well as seabirds and other marine life. Meanwhile, human demand for these nutrient-rich species continues to increase.

In 2014, the Commission on Saltwater Recreational Fisheries Management, chaired by Bass Pro Shops Founder and CEO Johnny Morris and Maverick Boat Group Founder Scott Deal, released a report identifying key policy changes to the federal marine fisheries management system to benefit fisheries conservation and public access. One of the six key recommendations of that report was improving management and conservation of forage fish.

However, the Magnuson-Stevens Act is not currently designed to account for the role of forage fish in the marine ecosystem. The Forage Fish Conservation Act would require that the impacts on fish populations and the marine ecosystem be considered before allowing harvest on any currently unmanaged forage species, and that predator needs be accounted for in existing management plans for forage fish.

See www.congress.gov to follow this bill (S.1484) in Congress.