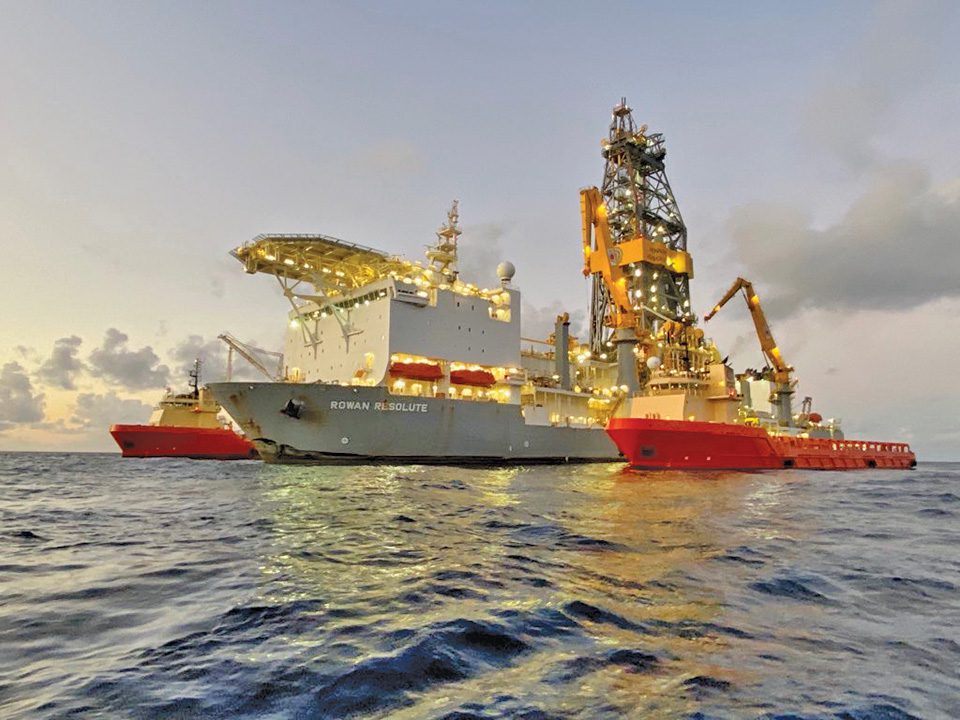 Perched on the outer edge of the bayous south of New Orleans, Grand Isle, Louisiana, is like a whole other world to outsiders. Last year, my husband and I entered the Battle at Bridge Side tournament with the Atlanta Saltwater Sportsman’s Club, simply because neither of us had ever fished Louisiana.

Arriving over the bayous hinted at the otherworldliness of this excursion. We had entered a realm where time didn’t hurry or run out; it ebbed and flowed as it pleased, just like the creole accent dripping from every local’s greeting.

Our first adventure invoked scenes from Forrest Gump as we prepared to fish the shrimp boats. A line of smaller vessels patiently waited for turns behind Miss Geraldine. While we were waiting, Capt. Ward Lang informed us it would go incredibly fast. We cut up small porgy in anxious preparation. 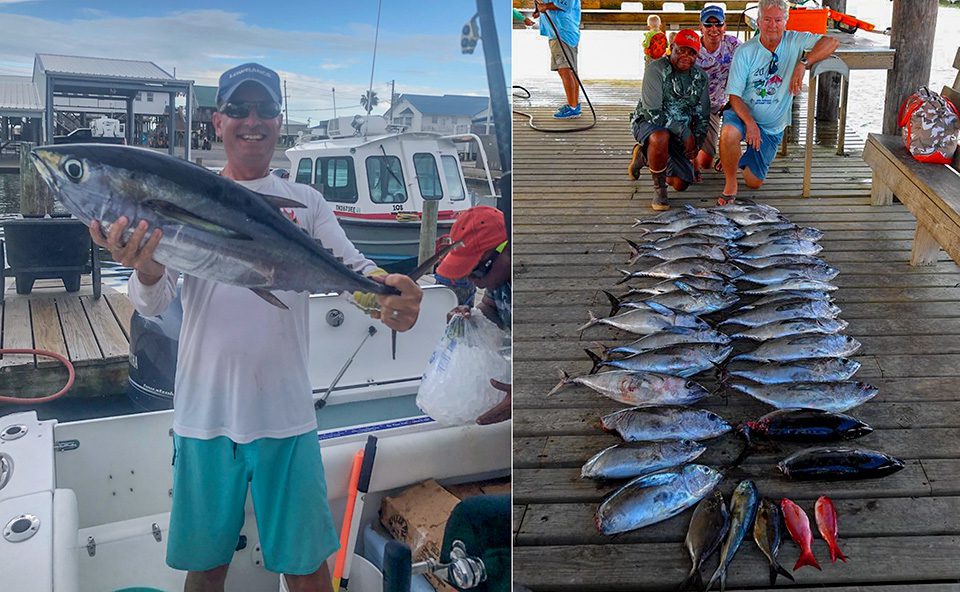 When it was our boat’s turn, I squelched the urge to declare we were WAY too close—I could see the boots of Miss Geraldine’s crew!

We inched 5 feet behind Geraldine’s prop wash and threw out fistfuls of porgy parts as we drifted. The fish popped hard for what seemed like a split second, and then it was over.

My husband, George, reeled in a 25-pound tuna on the first pass before the rest of us got sharked on the second and third passes. The fish fight coupled with the urgency of this maneuver gave a great shot of adrenaline. All I could say for the next few hours was, “That was awesome!”

Ten miles from Bridge Side Marina, we used sabikis weighted with 8 ounces of lead to fill baitwells with blue runners. That bait would fuel an overnight excursion to a deep-water rig. I bowed out; my husband did not.

A day and a half later, I welcomed him back, along with his play-by-play account of a bucket-list night. The teenage grin was still on his face as he began:

“Once we finally got 100 miles out there, we waited for the sun to go down and the action to pick up. We circled ‘Brutus’ (the rig’s nickname). I caught a beautiful yellowfin head, and a shark got its tail. You know how it goes!

“Two of Brutus’ support ships shielded us from the weather, and our captains’ Rhodan spot locks did the rest of the anchor work. We were in 3,000 feet of water with vertical jigs, and the bite was around 350 feet. By 6:30 the next morning, only one person was awake in each boat. We hauled in 31 blackfin with the help of an electric reel. I helped position the outriggers for morning trolling back to the docks and caught a nice mahi. Then I caught a nice snooze in the beanbag. It was amazing!”

I rejoined the team on the last day of the tournament. We dropped baits 60 feet around a system of ocean-floor oil pipes and pulled up some nice red snapper. It was nice of the DNR to give us an additional weekend of open season right at the last minute.