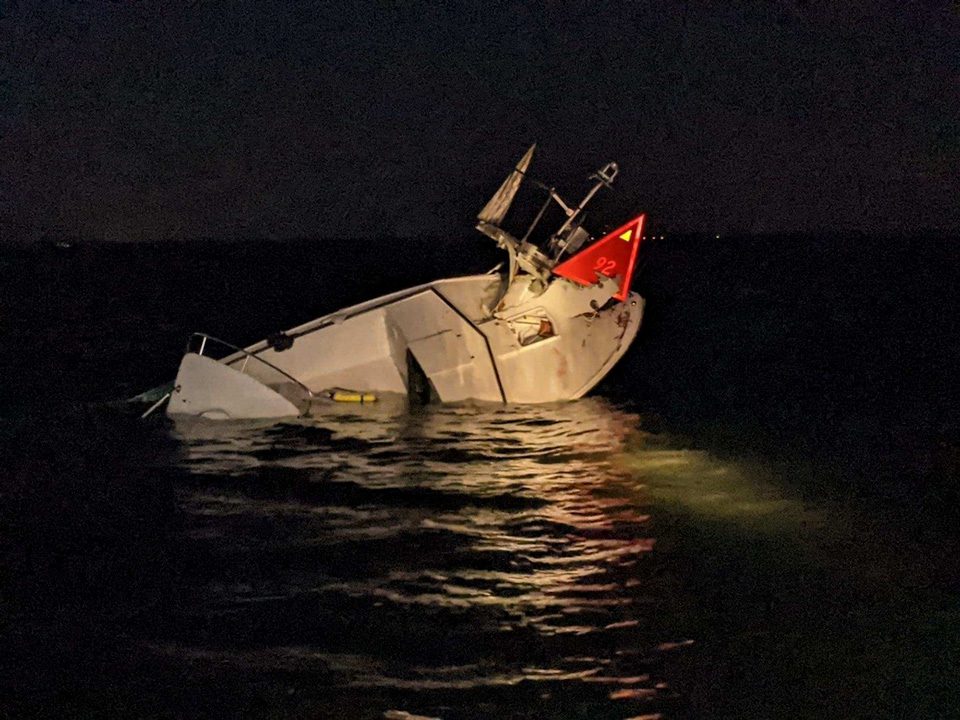 Watchstanders at the Coast Guard Sector Delaware Bay Command Center received a call from a good Samaritan at 12:18 a.m., stating he overheard a large crash and several calls for help in the vicinity of Ham Island.

Once on scene at approximately 12:32 a.m, the Station Beach Haven boatcrew, and the Beach Haven Volunteer Fire Department jet ski crews were able to successfully rescue all six boaters from the water. They had all sustained several injuries from the crash.