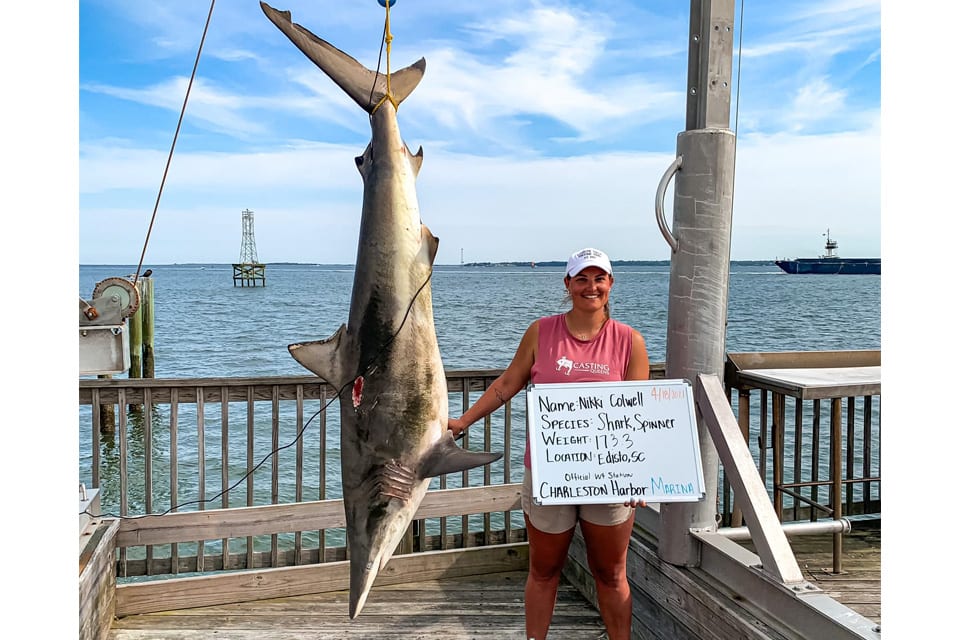 That’s a heck of a good sized spinner shark!

A teacher from South Carolina recently reeled in a massive spinner shark while on a fishing trip. According to local officials, it has been confirmed that this animal set a new record in the state.
Nikki Colwell caught the 173-pound spinner shark in mid-April, WBAL reports. She was out on a fishing trip with her father near Edisto Island when she reeled in the animal.