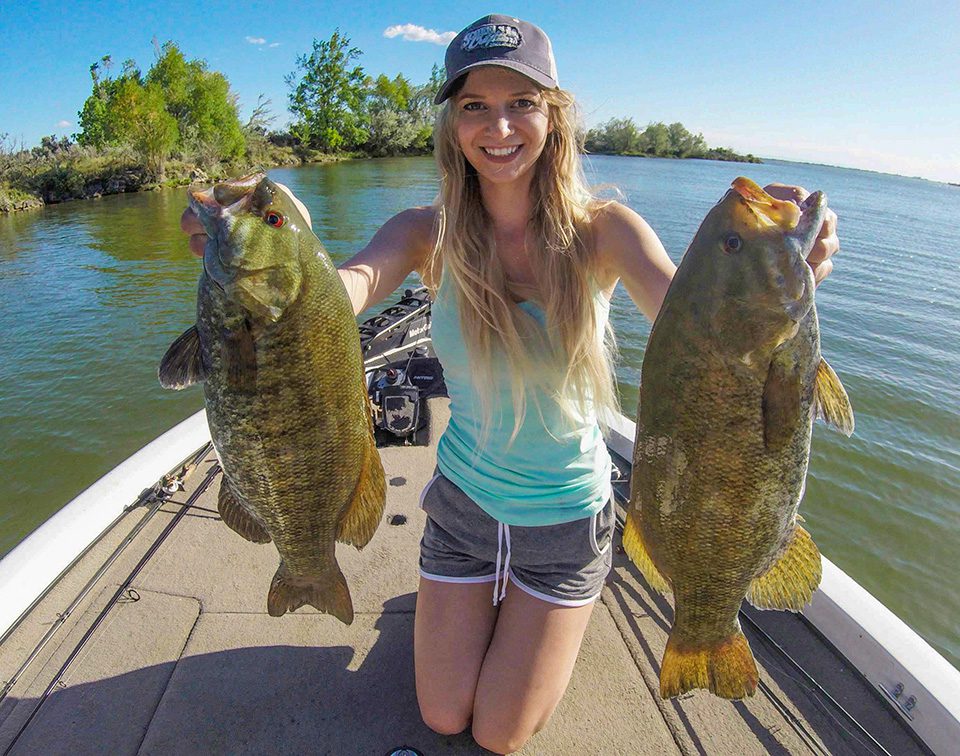 Smallmouth bass (Micropterus dolomieu) are a member of the ray-finned family of fish that includes largemouth bass, panfish and crappie. Originally native to the Mississippi River basin and the Great Lakes, smallmouth bass are now found throughout eastern North America, ranging from southern Canada to Alabama and Georgia. They inhabit a wide range of clean, cool water environments, from lakes and rivers to small streams. Smallmouth bass colors vary from light to dark brown, depending on environment, with darker vertical bands. Their name comes from the fact that their jaw extends only to the middle of their eye, whereas in a largemouth bass the jaw extends past the eye. They generally weight two to four pounds but can reach high single digits. The current world record was caught in Dale Hollow Lake, Tennessee, and weighed 11-pounds, 15-ounces.

Smallmouth bass are one of the most prized freshwater game fish because of their hard fighting nature and, at times, acrobatics. While they are a challenging fish, they can be caught year round and will eat a variety of baits and lures. Crankbaits, jerkbaits, jigs, spinnerbaits and plastic baits imitating baitfish and crayfish are all common lure choices. Live bait, in particular crayfish, is another popular method to catch smallmouth bass. In addition to conventional tackle, smallmouth bass are a favorite target for fly fishermen as they frequently inhabit the same systems as trout and will readily eat a baitfish imitating fly.