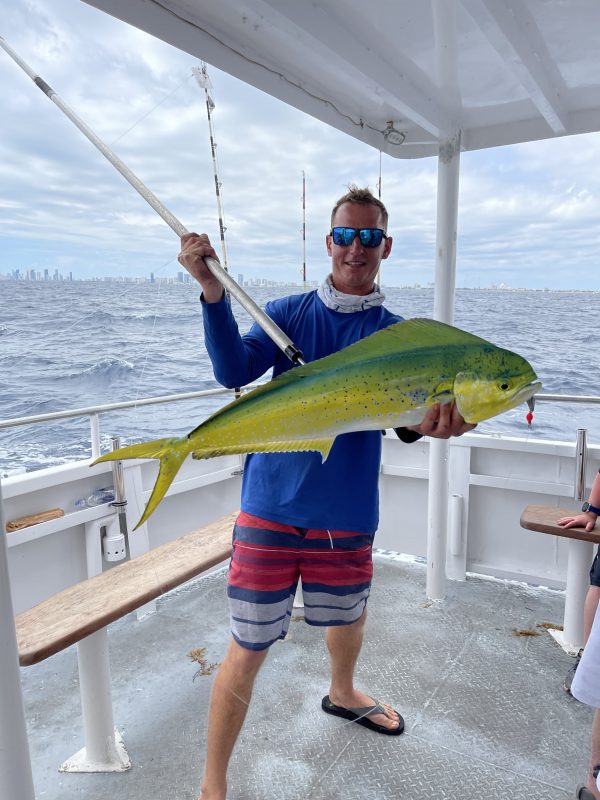 Sailfish action is hot in Fort Lauderdale this month as we are fully into the winter fishing season. Big game anglers come from all around the world this time of year to take advantage of our great sailfish action off the Fort Lauderdale coast. Kite fishing is probably the most exciting and most successful technique to go after sailfish. The stronger winds this month are the perfect conditions for fishing with the kites. We fly the kites as a way to present the baits, keeping them suspended and struggling on the top of the water away from the boat. When the sailfish takes the bait, it pops free from the kite and comes tight to your rod, so you can fight the fish naturally. Sailfish jump throughout the entire fight trying to shake the hook. They put on an awesome show! The great thing about sailfish is that even though they are big game fish, we can still catch them on light tackle equipment. Catching a 7-foot billfish on 20–30-pound test is about the most fun and exhilarating thing in the whole world. I think it’s safe to say that sailfish put the ‘sport’ in “sportfishing”. 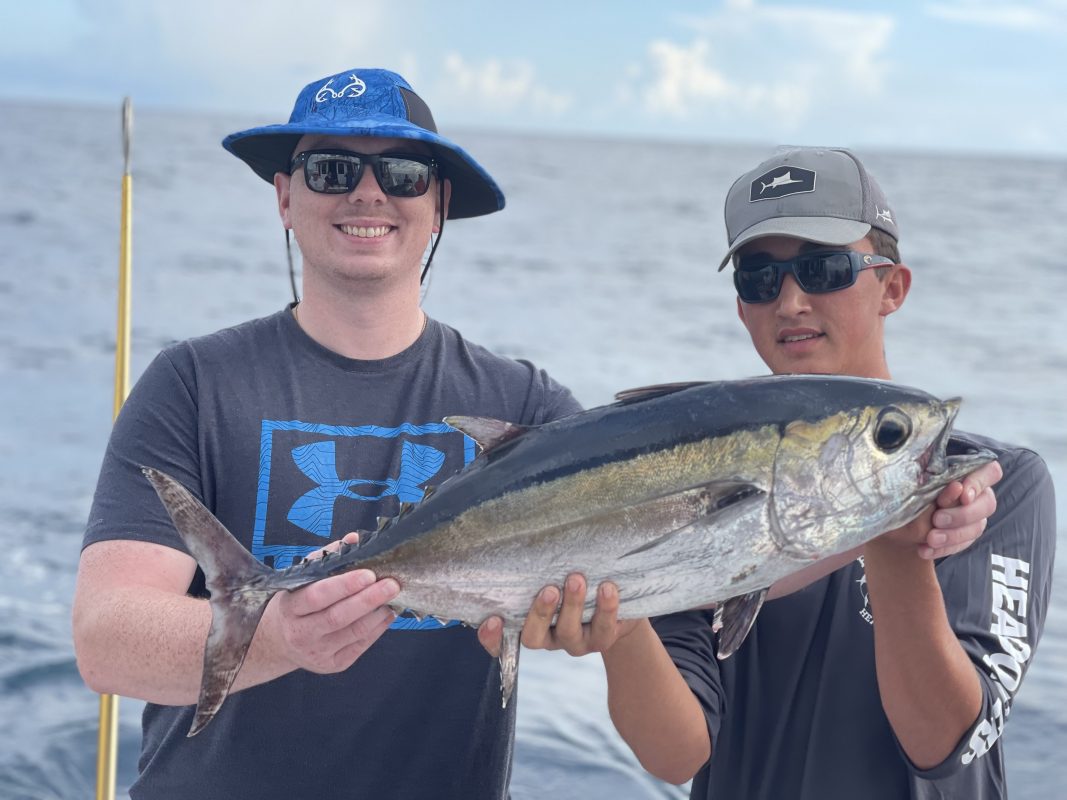 Dolphin, wahoo, and tuna are also making a good presence off our coast. The dolphin come in on the reefs sometimes, but mostly stay offshore. 4-10 miles offshore, depending on the day, is where to find them. Trolling around, covering a lot of territory, and keeping a good lookout for birds, floating debris, and weedlines is the best technique to go after dolphin offshore. Also, really far offshore and biting good in January are swordfish; one of the biggest billfish in the ocean and certainly the best eating. The past few Januarys have seen some of the biggest swordfish we’ve ever caught off Fort Lauderdale. Swordfish are never a guaranteed bite, but you have a great shot at them this month. Closer inshore on the inside edge of the Gulfstream, wahoo and tuna are a good target. Wahoo can be targeted by fishing the inside of the reef on the incoming tide and the outside of the reef on the outgoing tide. Trolling faster than normal speeds gets a better wahoo bite. Blackfin tunas can be caught anywhere and anytime. We typically catch them on a live bait out on the kite or with a deep bait on our planer bait. There are some good fish biting this month in Fort Lauderdale, you just have to get out there and wet a bait. Tight lines and good fishing everybody!