Our team was electrofishing for blue catfish in Hunting Creek, a tributary in the Patuxent River above Benedict Bridge, this week when we came across an unusual fish. At least it is unusual for us and we’ve both been working in the field for over 30 years. Biologist Tim Groves identified it as a striped mullet. I don’t know how common it is in the Chesapeake watershed, but it was fun to see something different. At first, when it floated up, I thought it was striped bass but after we got it on board it most definitely didn’t look like a striper. It’s got a very distinctive grass carp-like mouth. We read up on it once we got back to the office and found out that it’s pretty common down south. It’s considered Catadromous, meaning the adults spend much of their time in freshwater and spawn in the ocean. We took a couple pictures and released it back into the water where we found it. Neat find! 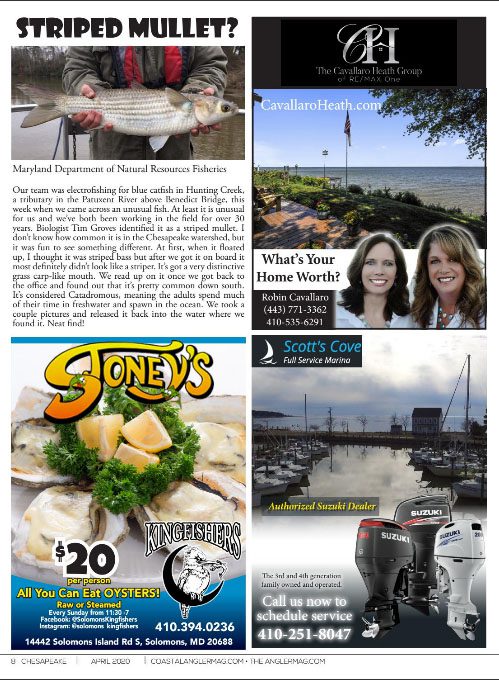