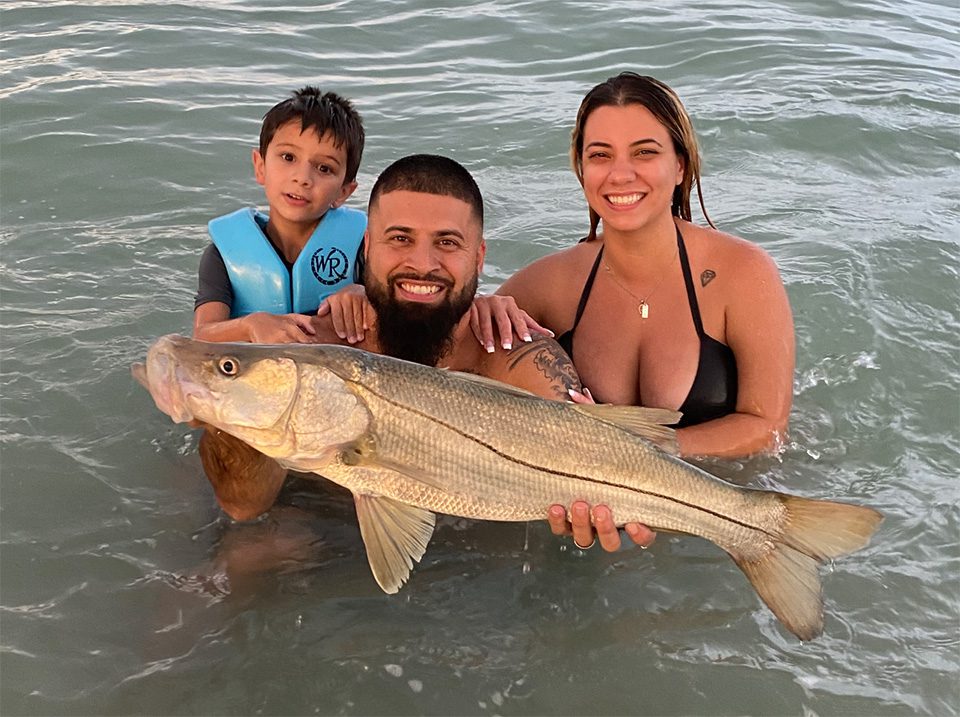 October is by far my favorite time of the year to go land based fishing. The wind shift from the NE. The temperature drops. The water cools and the annual mullet migration starts! During the mullet migration

there is no better bait to use than, well, mullet. The numbers of fish are staggering. The migration attracts snook, tarpon, mackerel, jacks, snapper, redfish, bluefish, ladyfish and sharks. The beaches will be inundated. This will be your best chance to land a hundred lb. tarpon or a forty-inch snook without worrying about the fish cutting you off on the bridge. 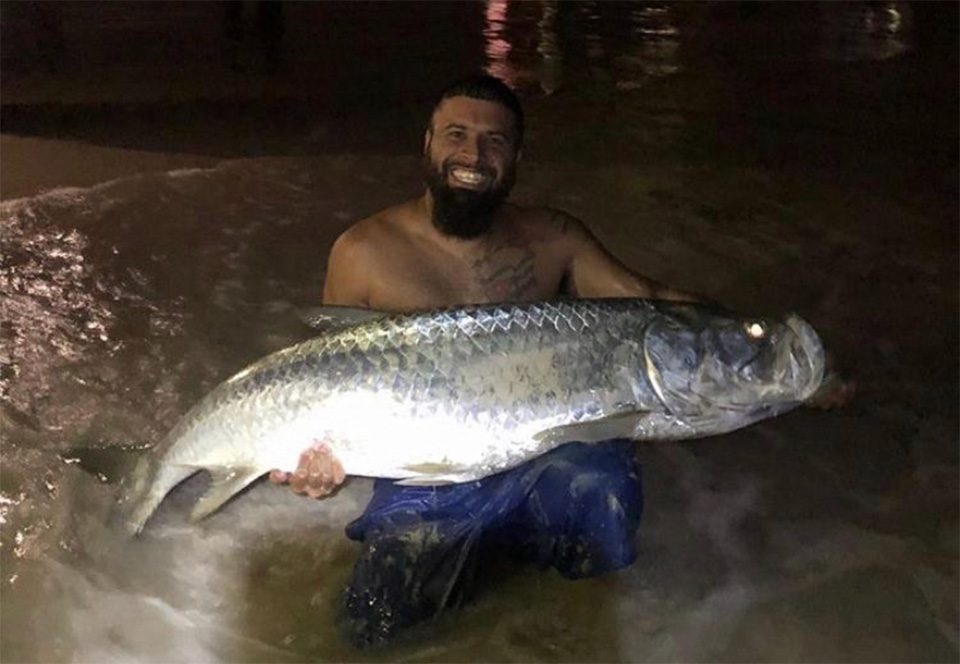 The Mullet pods can be two to three acres long, so they won’t be hard to find. There is nothing like waking up early in the morning and getting to the beach before sunrise to watch the schools of mullet getting slammed! Is just as much fun watching the sun set while you have a live mullet out and waiting for that monster fish. This is some of the most exciting fishing South Florida has to offer.

The way I fish the mullet run is as follows. I wait for a NE wind because it pushes the mullet close to the beach. For bait we’ll be using, no other than… I take a small cast net or I use 2 weighted treble hooks and snag them.

The rig is simple. I free-line a live mullet using 40 lb fluorocarbon leader tied directly to braid 20 lb with a 6/0 Mustad circle hook. I use the biggest mullet I catch. I hook him up, walk in the water about waist deep and wait
to see an explosion. I toss the mullet in the school and leave my bail open till the line is ripping off the reel, then I set hook and fight the fish. 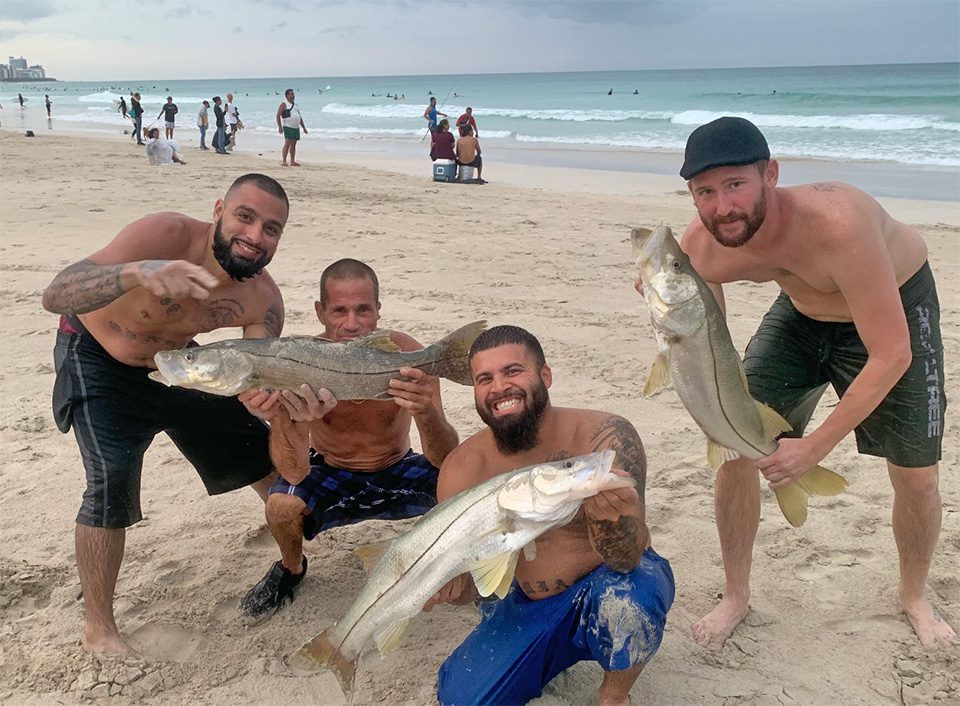 For the past 3 years my reel of choice has been the Tsunami salt X 6000. These reels are 100% sealed and have 50 lbs of drag. Since I’m in the water 90% of the time I need a reel that is sealed and has superior saltwater resistance.

You can also fish the mullet run at night. Most mullet start hanging
out around bridges that are well lit. If you stand on the bridge and just look down you will see the tarpon gliding around playing with the mullets. Lures work pretty well also. My go to lures would be the Rapala Xrap sxr12 black Rapala sxrl-14 carbon , Yozuri Crystal Minnow 5-1/4 green or the No live bait needed “NLBN” 5” Lil Mullet grey or white.