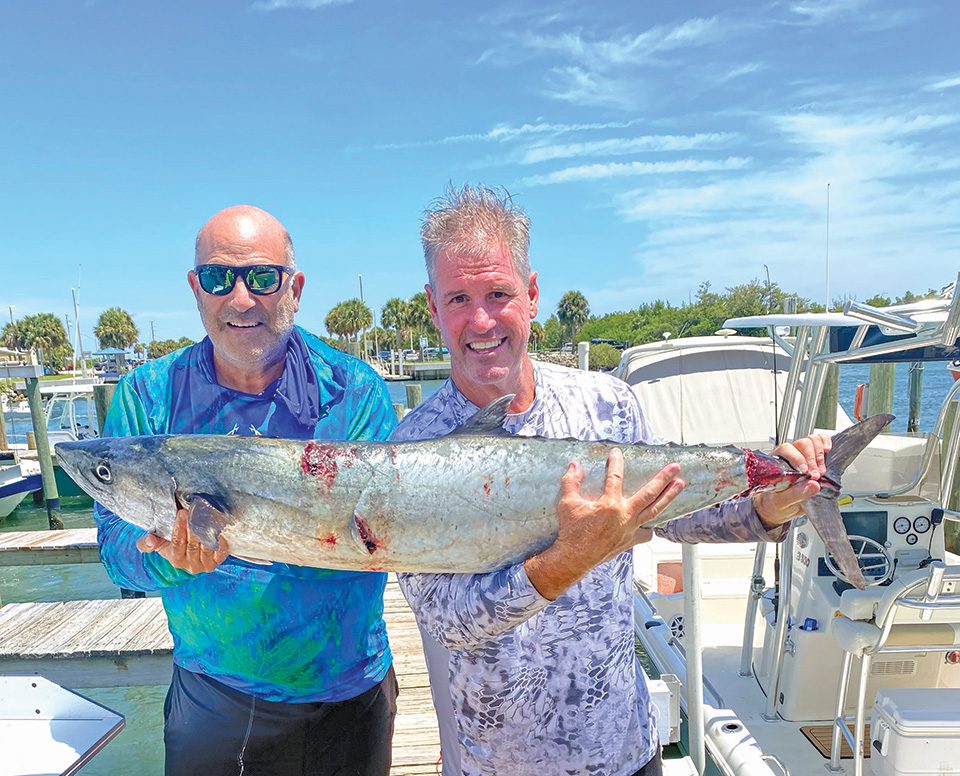 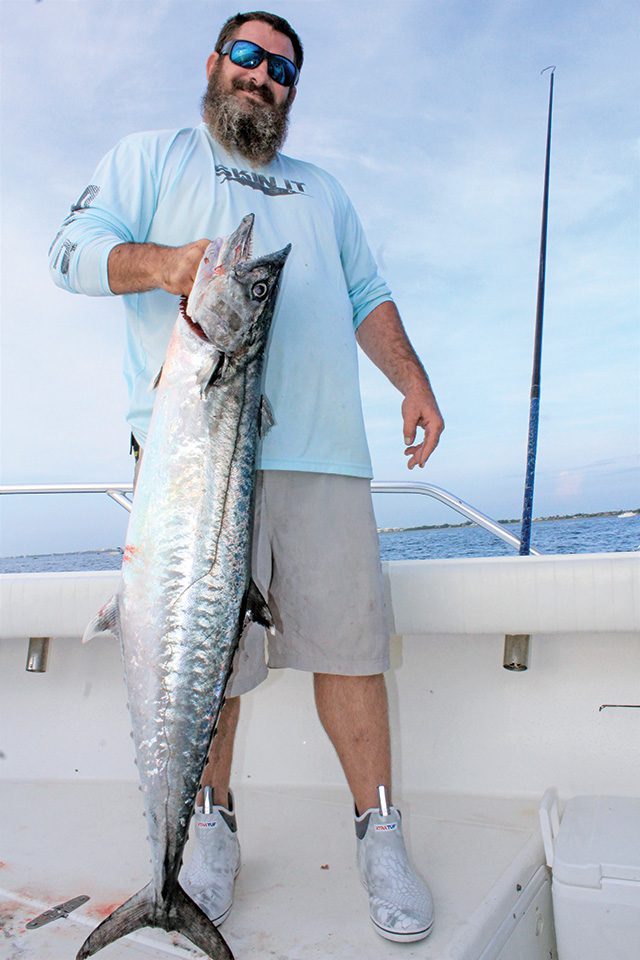 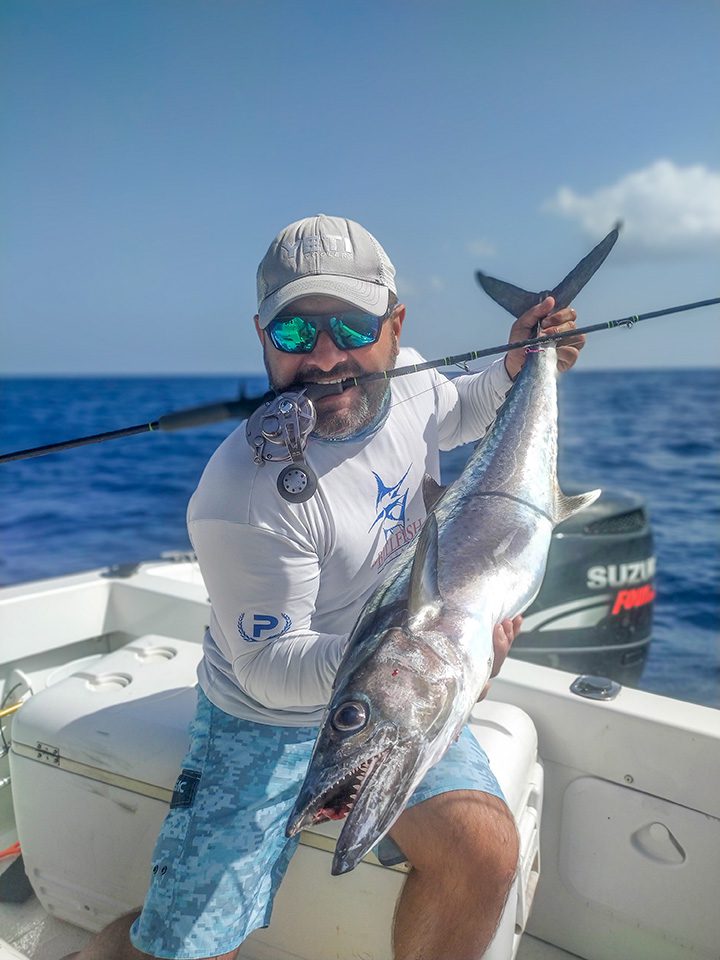 Perhaps more than any other species, king mackerel are temperature driven. Kingfish prefer a temperature range of about 68 to 73 degrees, which is extremely specific, and it keeps them on the move.

That magic temperature window also makes them easier to find. With today’s technology and subscription services providing daily updates on offshore conditions and currents, identifying prime hunting grounds for kings can be a matter of checking your phone or tablet in the morning before you head out.

It’s no surprise that general seasonal migratory patterns take king mackerel to warmer waters as cold fronts of fall arrive. Tagging and genetics studies have shown that Atlantic king mackerel push south to waters off Florida to overwinter. Their numbers this time of year thin out the farther north you go, yet fall can also be the best time to catch big isolated smokers off the coast of the Carolinas.

Off South Florida, Atlantic kingfish intermingle with Gulf kingfish during the winter months. This winter mixing zone is primarily around the Florida Keys, where the December kingfish bite ramps up along with the action for other species like sailfish and wahoo.

In the Gulf of Mexico, kings spend summer in the northern Gulf, with high densities tracked to waters off the mouth of the Mississippi River. In fall, they push south in two separate groups. Some fish move east and then south along the Florida coast, where anglers intercept them as they move down the coastline.

The other group of Gulf kings moves west with the arrival of cooler weather. They run down the Texas coast to winter off the south Texas. Some of these fish push farther south into waters off Mexico’s Yucatan.

Regardless of where you fish along these migrations, kingfish are looking for the same conditions. They can be found on ledges, reefs, oil rigs and wrecks, wherever there are baitfish. They like nearshore and offshore structure and color breaks where plankton-rich waters exist in the temperature range they prefer.

Trolling or drifting are the most effective methods to target kings, and good live bait is the best way to hook up with big ones. Blue runners, pogies (menhaden), pilchards, threadfin herring, any bait with some silver flash is good. Switching them out and keeping them lively is important. A heavy chum slick can do wonders for bringing them up near the surface.

Idle speed is about right for pulling baits. Stagger depth and distance from the boat. Bump the throttle into neutral and drift when the sonar shows good bottom or bait.

A mainline of 20- to 30-pound monofilament will suffice, but with all the teeth in a king’s mouth, a wire leader is required. Depending on water clarity, go as heavy as the fish will allow, but keep it light enough for your bait to appear natural.

A 24-inch, single-strand wire of 40-pound test is a starting point. Go lighter in clear water or with smaller baits; go heavier in dirty water or if you’re fishing big baits. 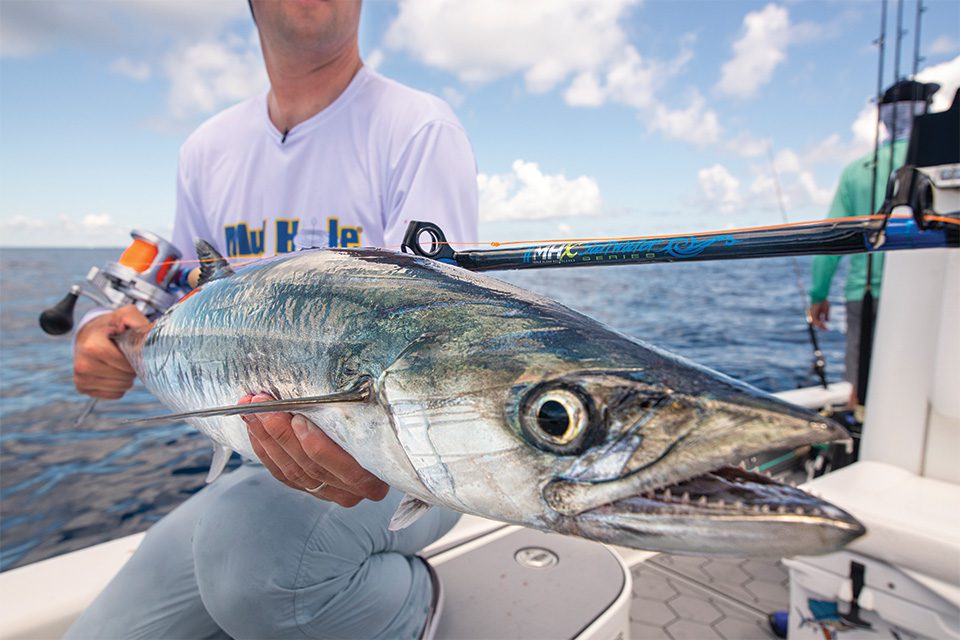