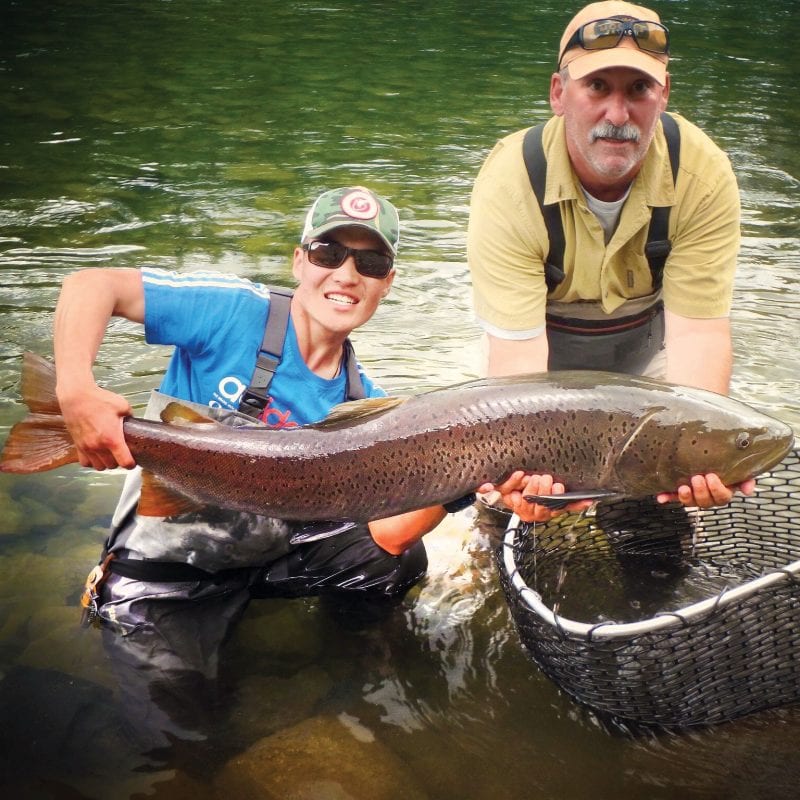 THE FISHING: Imagine fly fishing a river for trout that can weigh 20 pounds or more. Now imagine these giant trout surface feed on ducks and rodents instead of insects. Sounds like a fairytale, right?

Well it’s not. Fish like this actually exist, but the behaviors of Mongolia’s Siberian taimen are more aptly described as the stuff of nightmares than fairytales. The taimen is the largest, most ferocious salmonid in the world. Tactics for catching them include chugging giant topwater poppers on 9-weight fly rods, and the violence exhibited on a taimen’s take can only be matched by the ensuing fight.

Anglers can expect to tangle with good numbers taimen fishing in Mongolia in the 6- to 15-pound range on a week-long camp-and-float through gorgeous Mongolian canyons. A trophy longer than 40 inches and weighing 25 pounds or more is a definite possibility.

But the fishing is only part of what makes a Mongolia so special. The warmth of Mongolian hospitality, the skill of its guides and the beauty of its scenery make for an unforgettable expedition. Taimen fisheries in Mongolia are catch-and-release, fly fishing only with a single barbless hook.