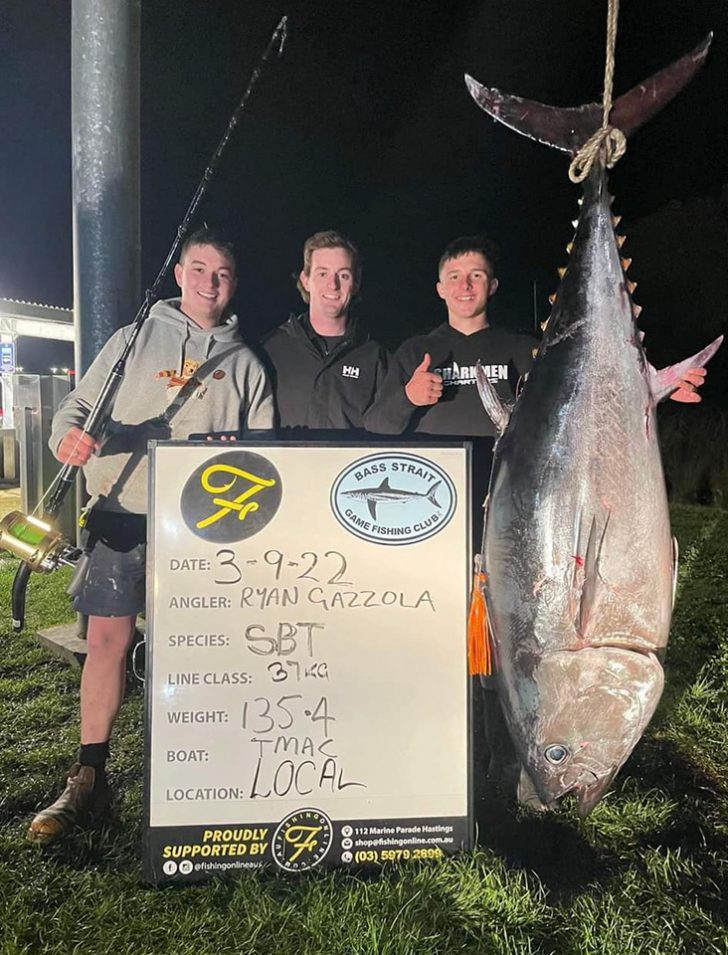 A 17-year-old fisherman caught a 30-year-old tuna weighing in close to 600 pounds off Gunnamatta on the Mornington Peninsula last week.

Ryan Gazzola was fishing with two friends when he reeled in the impressive catch — a four-hour feat — and noticed it had an orange tag which said ‘reward’ attached to it.

That tag was put on the fish in Hobart 29 years ago.

The young fisherman contacted Fishing Tasmania and the CSIRO, and was informed the tagged fish was the “longest fish at liberty in Australian history”.

Had Mr Gazzola heard that news just a few minutes later, he wouldn’t have been able to hand over the head.