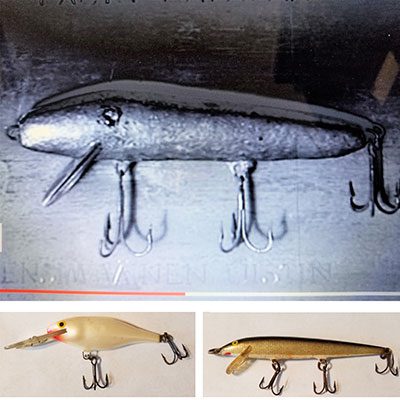 Legends last forever and this lure maker is every bit a legend. This man, Lauri Rapala, took a piece of wood and a carving knife and created the best fishing lure ever known in the 1930’s.

It was an incredible feat and all he was trying to do was make the best lure possible. He was an avid angler, but he had a family to feed. So with a rowboat and some of his wooden handmade lures, he created the legendary Original Floating™ Rapala.

Since he was a curious fellow, he watched game fish chase minnows on his home lake. He noticed the game fish would attack any baitfish that looked injured as these minnows would swim off-centered. So with this in mind, he carved and whittled his lure. And all this work and patience was to help him feed his family.

As the process got more refined, he added some foil to the body of the lure to make it more lifelike. As more lures came out and the stories of a man catching 600 pounds of fish a day began to circulate, he was on his way. The rest, as they say, is history.

Later he designed and hand crafted the Original Shad Rap. If you fish, you have Shad Raps. When this lure was first released, anglers were scrambling to find even one. Bait shops rented Shad Raps by the hour. They simply catch fish. The main reason this lure is so effective is the life-like swimming action. And every single Rapala ever made is hand tuned in water before it is shipped.

At the Bass Pro Shops in Springfield Missouri, there are thousands of Rapala’s for sale. Every size, every color and every species of fish are caught annually on this lure. Rapala sells 20 million lures through 140 countries annually. Rapala products make better anglers, and they are never rushed to market, but carefully crafted from years of experience.

Often Rapala releases Limited Edition, one of a kind Rapala lures. This white #5 Rapala pictured was released in 1989 and only 5,000 were made and sold worldwide. Also pictured is the first Rapala, the Original Floating™ Rapala and the Shad Rap.

Ken Sturdivant is a member of the Lowrance Pro Staff. You can find him at 770-889-2654; www.southernfishing.com, or kensturdivant@att.net.