Generally, about this time of year, it’s not unusual to find yourself fishing some typical summer patterns while also looking for some new opportunities. For sure, even though we feel like fall should be on the way; it’s still summer.

Just like last month, tarpon are still holding in and around the deeper holes of the upper harbor as well as the bridges. Early in the morning, looking for rolling fish is a great way to begin any day. This is the time to throw the deep running or trolling model D.O.A. Bait buster. Smaller juvenile tarpon could show up on any given day around mangrove structure along either side of the harbor. 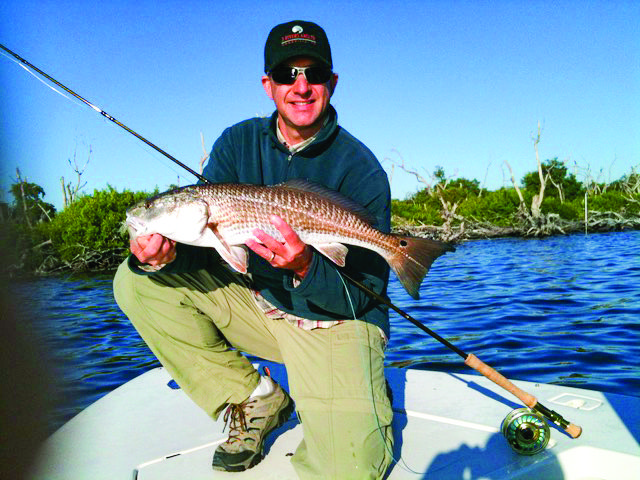 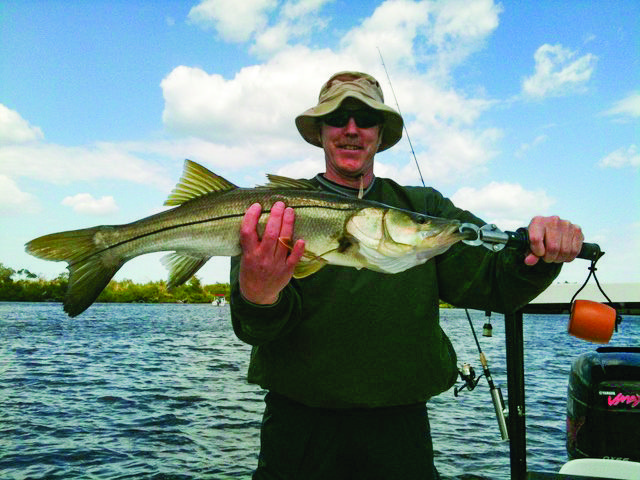 For new opportunities, even though the heat still makes it feel like summer, fish are generally ahead of the curve and snook should enter a transition phase as summer slowly begins to wind down. As their spawning season comes to a close, they’ll begin making their way away from the passes, channels and deeper cuts while moving towards river and backcountry creek systems. They’ll also need to put on weight after spawning. Any shoreline that borders the harbor adjacent to a cut, creek opening, or trough, is worth working.

I’ll still try to spend some time looking for redfish. Typically, this and next month provide some of our best redfish fishing of the year. It’s now that the fish begin to school up in preparation for the spawn. When in schools, if not spooked, they can be very aggressive as they compete to eat. Unlike snook that tend to stick close to structure, redfish will venture out and group up on an open flat. If they’re pressured, they’ll push towards the bushes so keep an eye out and try to be aware of your surroundings in order to maybe get a shot before you stumble and end up right on top of them. I say that from experience as I’ve done exactly that way too many times.

Even though it’s been hot, spotted sea trout have been active all summer and they should even get more active as fall slowly approaches. Anywhere in two to three feet with some mixed grass and sand should be good, especially early.

Black drum can still be found bouncing back and forth. Bait, threadfin herring, should be scattered throughout the harbors and the rest of the food chain shouldn’t be far behind. Look for spanish mackerel, jacks, and sharks to be hovering close by. In particular, keep an eye out around the markers. Until next month, good tides.

Joe Cremer exhausted by this monster redfish on Lemon Bay.