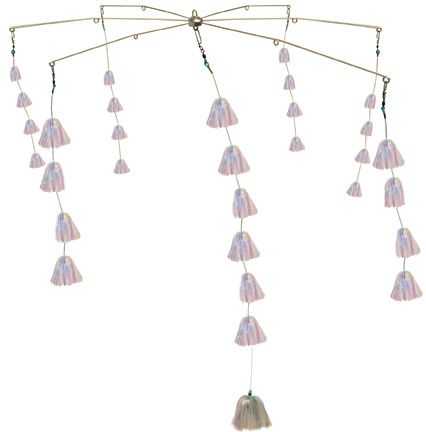 Why You Should Add Dredges to Your Spread

If you are not pulling at least one dredge in your trolling spread you simply are not doing everything you can to attract fish.

Teasers are a time proven method of helping you catch fish. Dredges are “super sized” teasers. Most successful bill fishermen have used dredges in their arsenal for years, but the same things that attract billfish attract all game fish.

These things are commotion in the water and bait. Your boat along with the commotion and shadow that it creates is the biggest teaser of all. The boat passing overhead or nearby gets the attention of the fish, but single baits may not be enough for them to see.

Dredges simulate a bait ball that is much easier for the fish to see than single baits are. This gets them in closer or “raises” them up into your spread. Once you get him looking remember that the dredge doesn’t catch fish, it attracts fish. In fact nearly always dredges don’t have a single hook in which to catch a fish. For this reason always position a hooked  bait or lure just behind your dredge with others in close proximity.

If a fish is spotted in the spread that doesn’t soon take a bait that you have presented in your normal pattern, maneuver a bait or pitch an additional bait to him. Sometimes the fish will be so attracted to the dredge that you have to “bait and switch” which means putting baits with hooks where the dredge is and pulling the dredge to the boat.

Some captains will pull multiple dredges and teasers. Many very successful captains believe more is best and as long as the crew can orchestrate the spread without tangles there is no such thing as too much.

Obviously the bigger the boat the easier it is to pull multiple dredges. Small boats should not, however, dismiss this proven technique because they have limited space or believe outboards make it impossible.

Several styles and materials are used in dredge construction and nearly all depend on a weight in front of the dredge to help hold it down.

The single best advice I can give dredge fishermen is do not use the normal trolling weight with the swivels molded into the lead! Lead is soft and the “drag” of the dredge will pull the swivel out of the lead causing you to lose everything.

Weights with the hole through the middle with 400 to 800 pound test cable passing through the hole are necessary. A squid skirt is usually placed over the weight to add appeal.

Dredges are 4, 6, or 8 arm stainless steel or titanium “umbrella” frames. Natural baits such as mullet or ballyhoo are attached to the bar often with skirts over the nose of each to create more flash. Natural bait dredges while very effective are very time consuming and can be quite expensive to build. The drag created by these coming through the water most often will require specialty dredge reels to retrieve them.

A couple of nice lighter weight alternatives that can easily be retrieved by hand or downrigger are constructed of multiple skirts such as “bling skirts” by Blue Water Candy used to simulate the bait ball. Mylar strips of fish and ballyhoo replicas such as “Stripteasers” are also very effective. Multiple molded squids such as the mauler by “Squidnation” are very attractive but also create a good deal of drag.

Get at least one dredge and plenty of other teasers into your spread and catch more fish of all kinds.