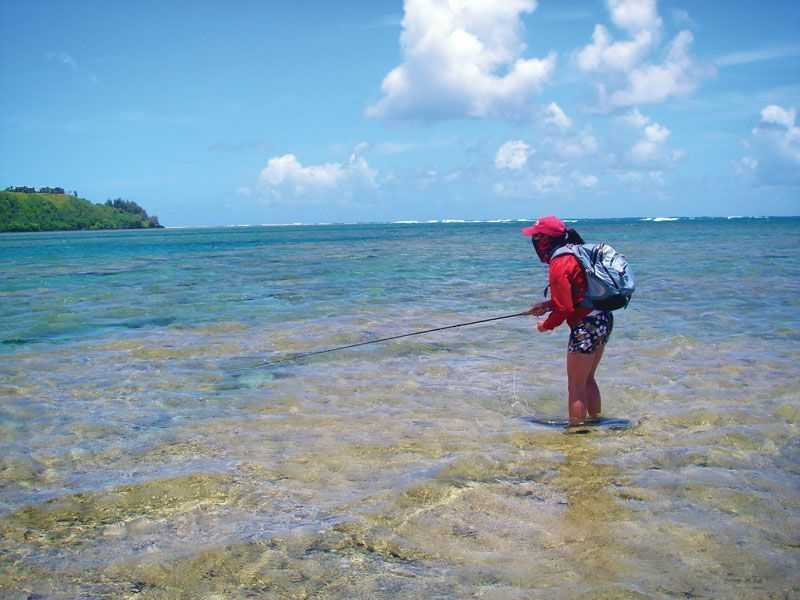 I remember as a small boy fishing off the beach and noticing that once the water along the beach began to churn, I began catching fish. It was as if someone had turned on a switch causing the ocean waters to come alive with baitfish, birdlife, and hook-ups. Of course, it was a few years later that I realized that the ocean turbulence and activity were the results of a changing tide.

Tides are most important to saltwater fly fishing success in both offshore and inshore water as it dictates where the fish will feed and when they will feed. Being familiar with the tide’s ebb and flow will most assuredly improve your chances for success when you’re saltwater fly fishing.

In the marshes, on the flats, and on the beach, tides transport bait. I find the rising tide the preferable time to fish. These tides bring in a flush of new water full of baitfish, shrimp and other forage for game fish to feast on. The gamefish will herd the bait into tight groups. Like the bad guys in a western flick laying in wait for the good guys, the gamefish lay in wait to ambush the bait as it moves into nearshore areas, using the shoreline as a trap.

Falling tides that flush-out marshes, estuaries, and flats can prove beneficial to the saltwater fly fisherman by providing him with fish waiting in the deep channels, holes and sand bars for a veritable seafood buffet to be swept toward them.

Offshore, tide creates currents. Fishing offshore tides is a bit different than fishing the nearshore tides. Instead of the flooding and draining effect tides have on inland flats and marshes, offshore tides are more about the movement of water, better known as current. This water movement is generated by both tide and the wind, so remember the greater movement of water, the better the fishing. And how does this occur? As water moves over offshore structures, drop offs, rockpiles, and floating kelp, currents then form the bait into tight groups. This makes it easy for the gamefish game to fill his stomach.

Also, keep in mind that the most tidal movement corresponds with the moon phase. The most extreme tides occur during new and full moons. Therefore, fishing during these times is usually most productive. Keep in mind, however, that a full moon allows fish to feed all night. During these moon phases, fishing at dusk and dawn is often most productive.

Remember that the more tidal movement or current (water moving in, out or in a certain direction), the better the fishing!