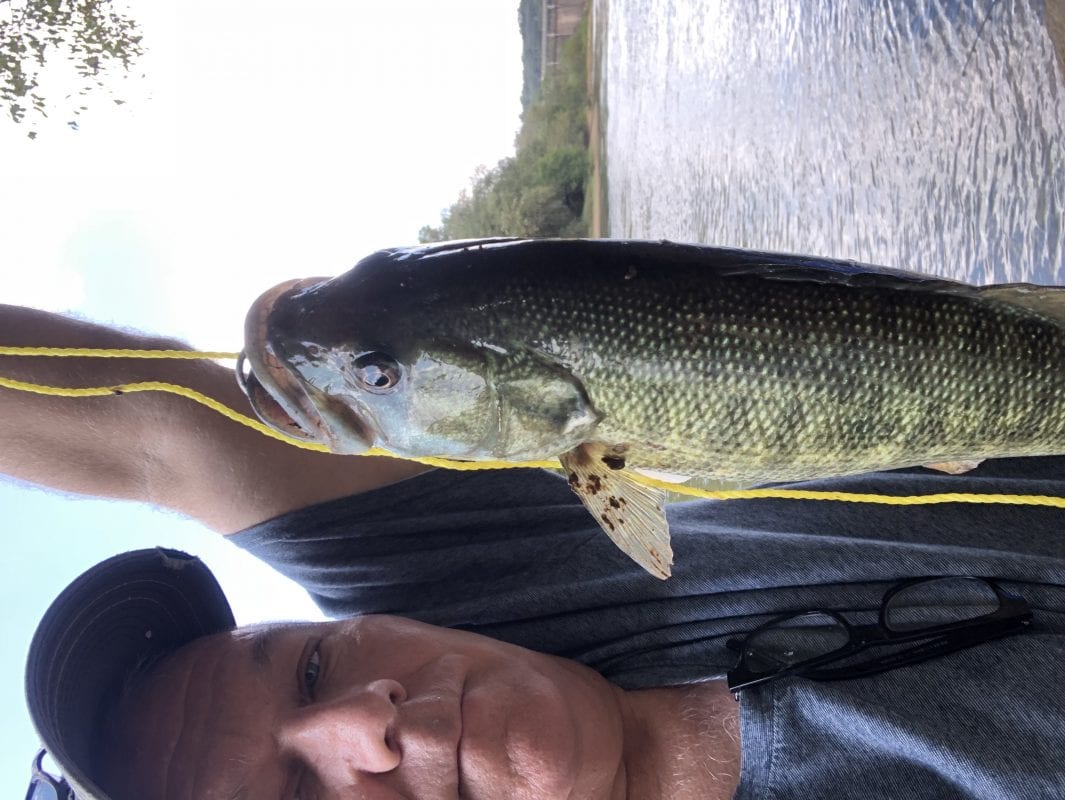 Here is a picture of a shoal bass I caught on the Chattahoochee River two weeks ago near Morgan falls dam.

I was fishing for trout and was coming up short..I had tried almost every lure in my tackle box, over and over..no luck.

My ‘go-to’ lure (a Mepps #2) was not even working! Rooster Tails, Joe’s Fly’s, even fake fish eggs in orange didn’t result in a trout. I tired little Rapalas, big Rapalas, top water…no luck; so, I decided to try a lure I found on the bank at lake Allatoona, what the heck.
I don’t even know what this rig is called, its a worm attached to a spinning silver thing with a skirt. This rig was way too heavy for my light-weight fishing gear, but I thought “I’ve tried everything else, might as well”.

First cast took all the line out of my Zebco 33 ‘micro trigger’ reel! I Reeled in this lure struggling against the current and a weak reel and rod bent over with a thought this might not be a good idea, so I said to myself, “one more cast then I’m calling it a day”. Cassssst, all the line goes out again even though I was trying to preserve some line in my reel. The end of the line jerked my pole as all the line feed out to the end. What am I doing kept going through my mind as I reeled in for the last cast of the day.

As I reeled the Zebco at medium speed and about six feet from the rock I was standing on, “Wham” got something! I didn’t know for sure what, but it felt BIG! My drag was winding out between my adjusting the drag tension and trying to reel this fish in…very exciting. Within a minute I could see the fish come to the top and it was obviously a Bass. Up, down left and right, my heart was pounding. “Keep the tip high, don’t let him off!”

I had really thought I was about to leave empty-handed on this fishing trip, but on the actual last cast of the day, at the last ten feet of line, I got lucky.

Some bystanders started talking loud about the fight, but all I could think of was landing him with no net and standing on a rock about four feet high. I decided to move off the rock and onto the bank…good move.

Slowly I was gaining line back in the reel and seeing the Bass more, and of course as I got him closer to the shore he seemed to have a few more burst of energy fighting to get away, but finally, I won and he was out of the water and in my grip! Yippee.

I had thought to put him back in the water after the pictures but remembered the reason I was there was my wife wanted fish for dinner, so, this goes home and in the pan.