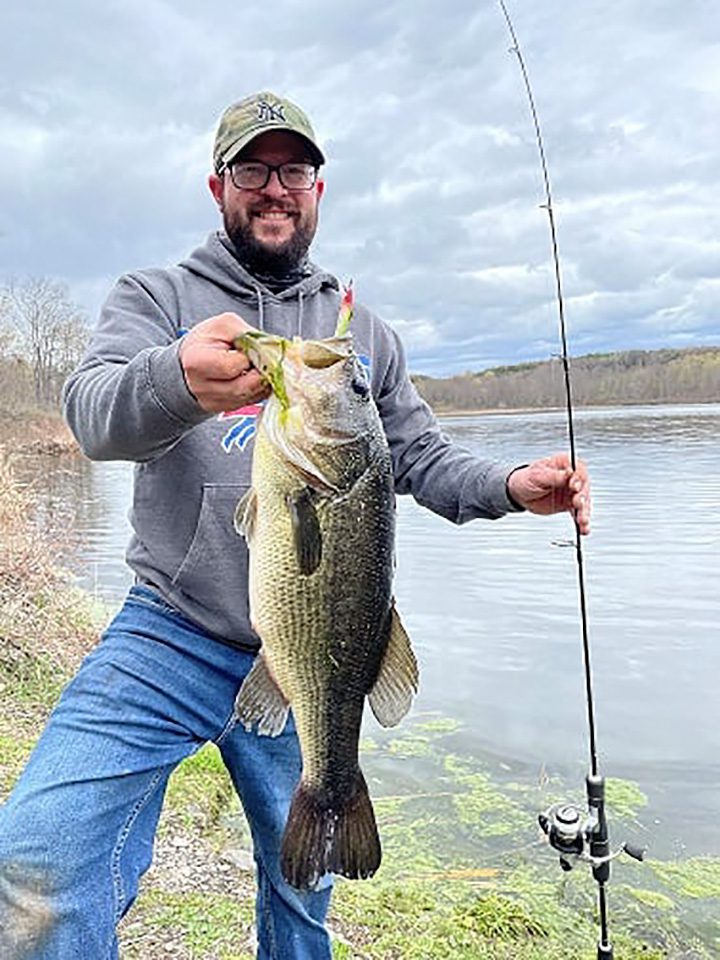 John Firstium shared this photo of a lunker largemouth bass he caught and released recently on an unnamed pond in Albany County. He caught it on a red and yellow diver lure and said he was using an ultra light pole with 4 lb test line.

Shortly before 3 p.m. on 4/24/21, the 42-year-old Averill Park resident hooked and landed a monster largemouth bass on his ultra-lite pole with 4-pound test line – a fish that could have been a new state record.

However, since it is currently the statewide catch and release season for bass, Firstium released the fish back into the pond. But not before measuring it three times, he added, with a 10-inch ruler on the back of a package of hooks that he had.

Firstium said the lunker bass measured 27 inches. He didn’t have a scale, he added, so he didn’t get the fish’s weight. He asked that the name of the pond and its location not be revealed.