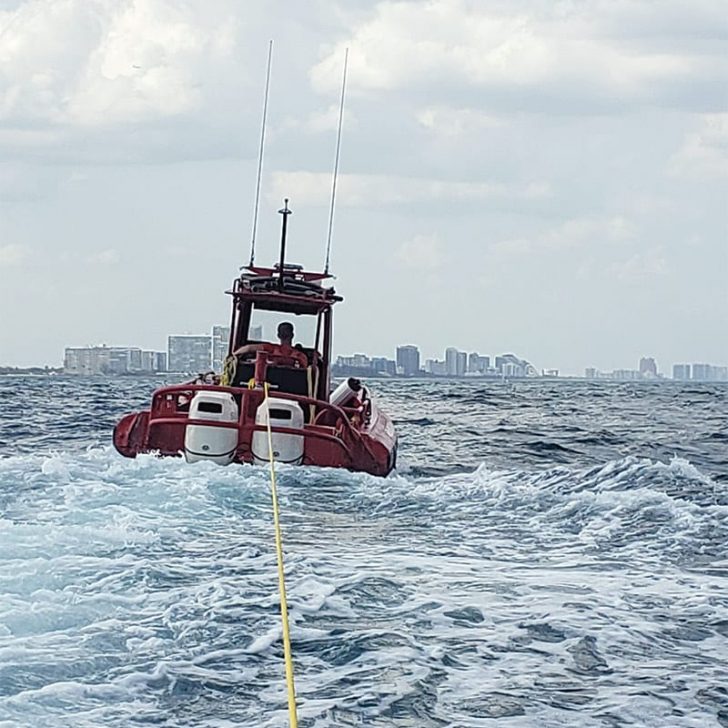 Last month, one of my Sunday charters was canceled last minute. The boat was loaded, fueled up, iced down and live baits were on order from my buddy Lester out of Haulover. Considering everything was ready and I hadn’t fished for myself in a few months, I decided to send a couple last minute texts to see who was up for a trip. My good friend Gene, the Editor and Publisher of this very magazine, quickly answered that he was in. Guglielmo, aka “Googs,” wanted to know what time, where we were going and what time would we be home. I replied with, “Do you want to fish or not?” Googs was in too. The boys met me at my house and we launched from the 15th Street ramp. We ran down the beach to Haulover where we met Lester for bait. Lester blacked out the well with a bunch of frisky pilchards, and we were on our way. I hit the throttle and the Family Jewell cleared the jetty and cruised SE into a 2 foot chop. 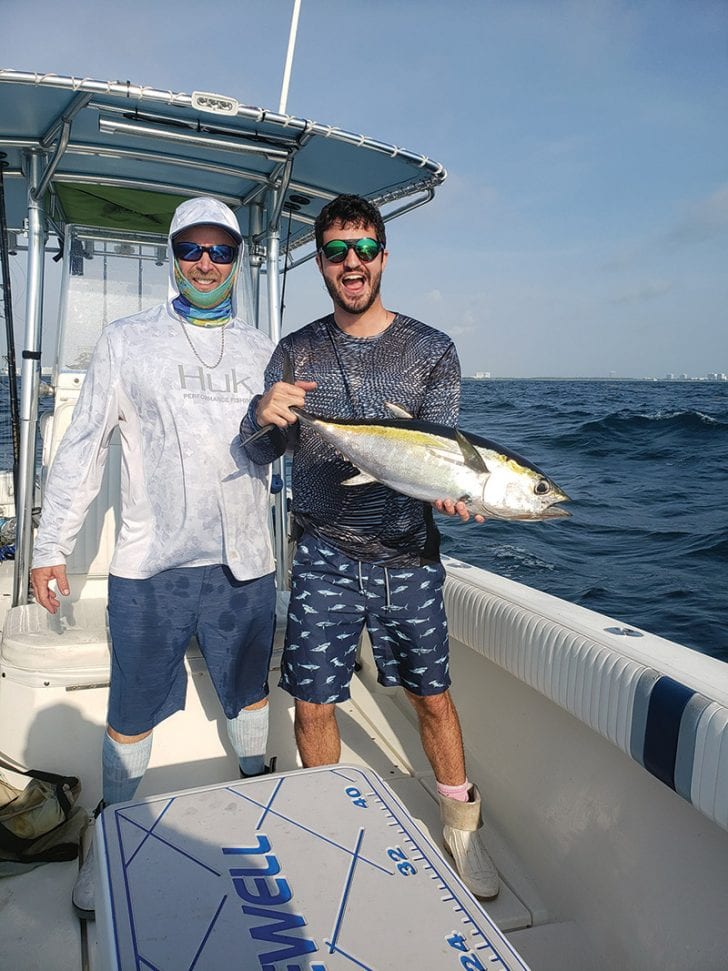 Then it happened! I knew immediately and there was no fixing it. We spun the hub! My first thought was, “What do we do now?” Then I posted to Facebook. I knew my Tow Boat US membership was up to date, so I wasn’t too concerned. We were in 55 feet and able to make about a knot in forward. With a livewell full of bait, we decided to make lemonade. Slowly, we made our way out to a nice color change in 290 feet and set up our spread. The plan was to use the current to get us closer to home and, later in the day, we would call for a tow back to the ramp. I started setting up the kite side while Gene and Googs started deploying the flat line side. 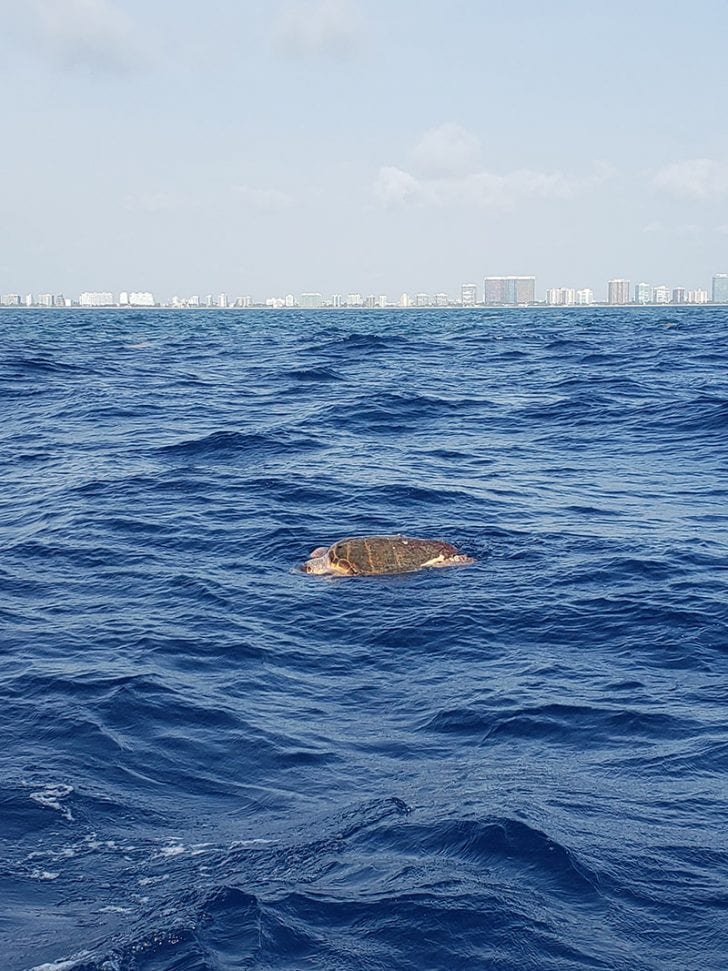 Gene was first on the board with a feisty bonito. Shortly thereafter, Googs started fishing a bottom bait looking for a mutton. His first bait down got drilled. Once he got the lead up, I leadered the fish in, and to our surprise it was a butterball blackfin tuna. Googs fired down another bait and within minutes he was tight again. We boated our second stud tuna! After that, the rest of the morning was quiet, aside from a visit by a giant sea turtle and Gene filming boats that deserved to be featured on The Qualified Captain.

The current was not as strong as anticipated, and by lunch we were still barely north of Haulover. We were mostly drifting offshore as there was a very light SW wind that pushed us into deeper water with a solid color change. We picked up two kingfish and had several cutoffs. I also fought a shark that ate a bait off the kite. 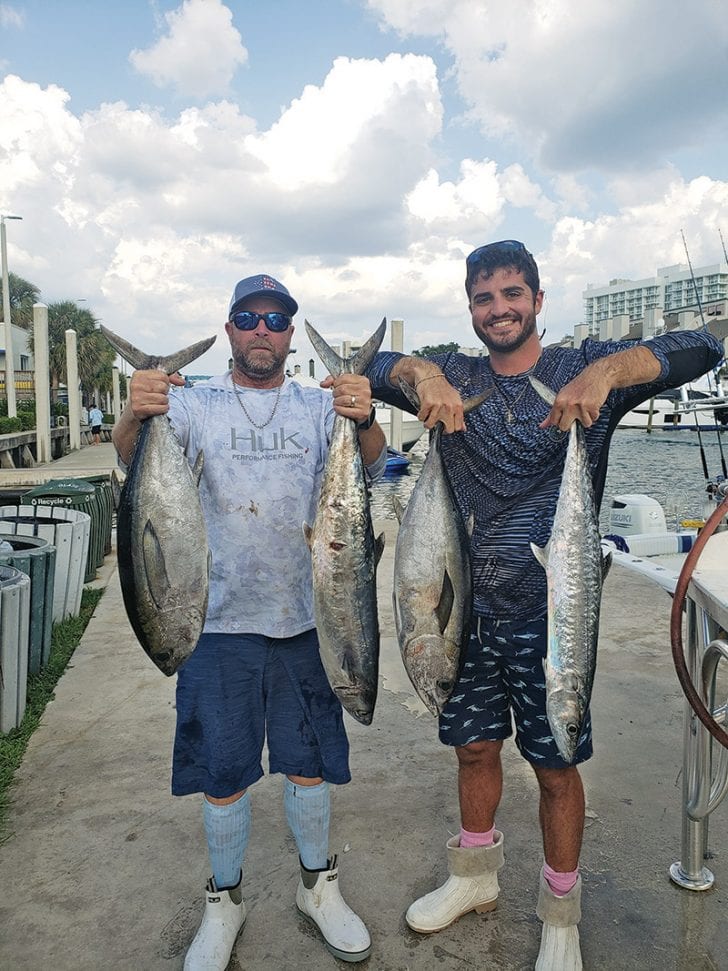 It was a relief having experienced anglers on board so I didn’t have to work like I normally would on a charter. We slowly made our way up to the Tenneco wrecks and called for our tow home. Capt. Tyler from Tow Boat US was there fast! I hooked up the tow rope and away we went. Best part was I didn’t have to drive!

What could have easily been a bad day for some, we managed to turn into lemonade. It’s all about how you look at things! 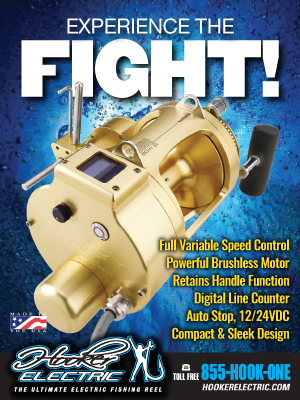