How to be successful while winter fishing this year, from location to techniques.

A lot of anglers see winter as a time to take a break from the water. Many species in freshwater and salt become sluggish in frigid water temperatures, and cold air temperatures can have the same effect on humans. Hunters and skiers relish the cold, but anglers tend to hole up and wait for the bounty of spring.

This is a mistake. Your standard inshore patterns might all but shut down during the depths of winter, and bass fishing on the reservoir might become a grind, but elsewhere some of the best fishing of the year is taking place for species that either show up or perk up with the cold fronts. 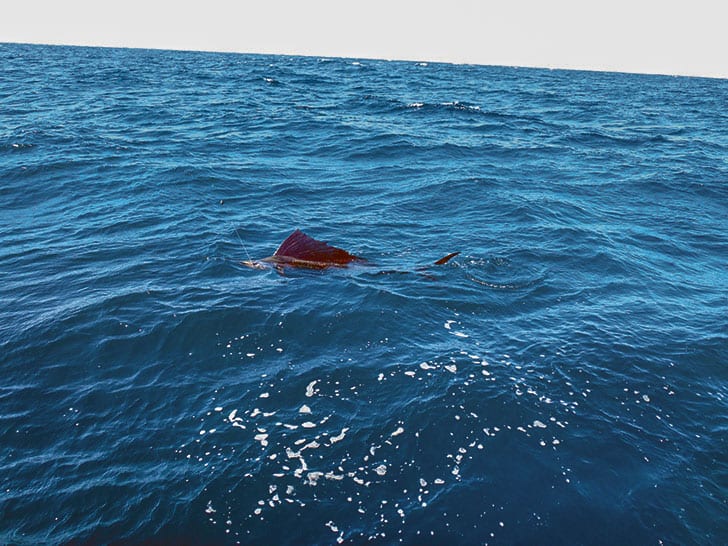 Nowhere is that more true than south Florida’s east coast, where sailfish arrive en-masse as they migrate south. The bite in Sailfish Alley, from Fort Pierce down through the Keys, peaks December through February. Anglers can experience banner days with dozens of releases when the bite is on.

And the bite is often best when winds from the north kick up swells in the Gulf Stream. Sailfish will be visible on the surface, surfing those swells and feeding actively. But this is a game for big boats and hardcore anglers. Most will wait and catch the action as winds subside with the passage of a front. Fishing a couple days behind a cold front can yield fantastic results, sometimes within sight of shore where the Gulf Stream swings close to the coast. 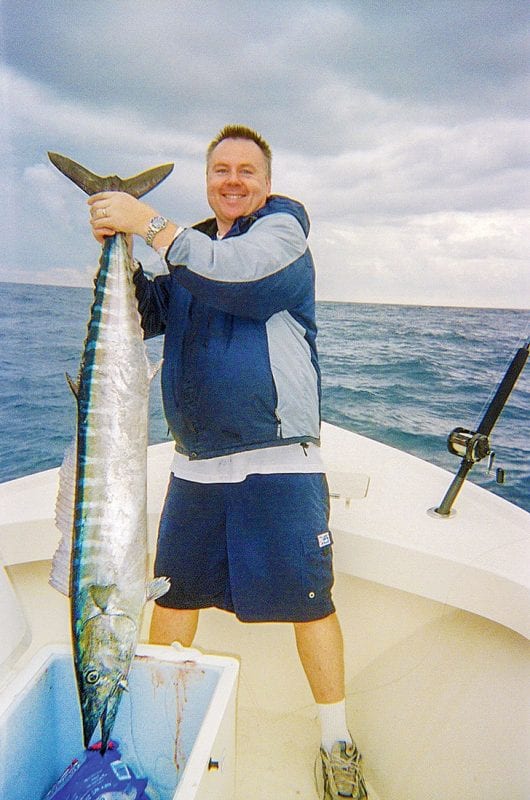 Whether it’s in the Bahamas or off north Florida’s east coast, wintertime is wahoo time. Over the next few months, ’hoos will be on the prowl, with some of the largest fish of the year showing up in high-speed spreads.

There’s not much in the fishing world to match the excitement of 60-plus-pound fish moving at 30 knots when it slams a lure headed in the opposite direction at 15 knots. Just picking up the rod that fish is attached to will be a struggle.

Blue water Wahoo will be hunting in packs along rocky ledges, color changes temperature breaks and dropoffs. Double-digit days are possible when conditions are right, which will be around the full and new moons when the north wind is not howling.

Hot Action On The Gulf while Winter Fishing

It can get mighty chilly on the Gulf of Mexico this time of year, but in some instances the fish don’t mind. Inshore, the largest seatrout of the year will be caught by anglers with the patience to fish slowly and methodically. Offshore, around oil rigs across the northern Gulf, blackfin and yellowfin tuna, cobia, kingfish and grouper will all be biting.

On the Eastern Seaboard, striper fishermen spend the entire year waiting for winter, when schools of 20-pound stripers crash menhaden right up into the surf. Striped bass range from Maine into the Carolinas on their migration, and trucks loaded with long rods and anglers can be seen cruising the coast roads trying to keep up with the action.

At places like Oregon Inlet, N.C., charter boats do a brisk wintertime business trolling for these fish while maintaining a lookout for feeding frenzies. Whether it’s from the road or the deck, all eyes will be peeled for the diving birds that are a dead giveaway for blitzing bass. 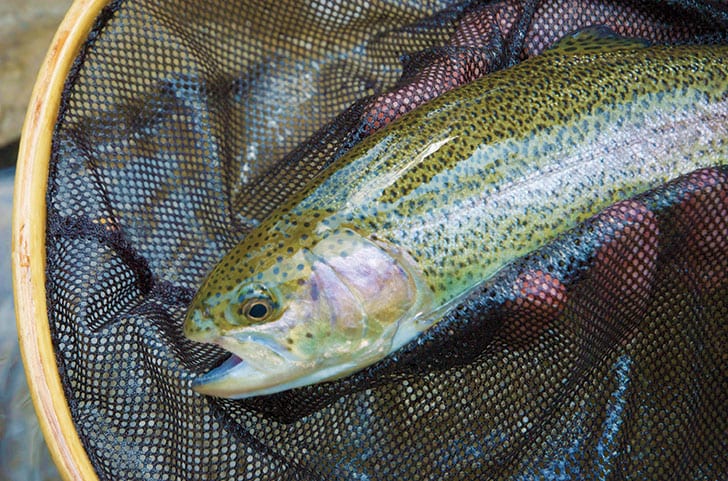 Staying with stripers, the landlocked version will be relishing the cooler temperatures in reservoirs wherever they are stocked. By December they should be up shallow, feeding on schools of shad or blueback herring. Wintertime is the best time to have a 30-plus-pound striper crush a big trout slow trolled behind a planer board.

Battling a big striper is a struggle like no other in freshwater.

For those who prefer a more delicate style of fishing, delayed harvest trout waters are a wintertime staple for fly fishing. These specially regulated fisheries are stocked heavily with trout and are catch-and-release only through the winter.

With single-hook, artificial-only regulations and a tendency for the states to stock larger-than-average trout, this creates a fantastic opportunity for fly fishermen in the dead of winter. Maryland, Pennsylvania, North Carolina, South Carolina and Georgia are some of the states with excellent delayed harvest programs. See their state wildlife agency websites for information.

These are a few ideas to help combat cabin fever. Anglers who don’t already know the joy of winter fishing  should step out of their comfort zone this year. There are too many great experiences out there to spend the winter in hibernation.