The question that I am most asked at seminars is:  What is the best time of the year to fish SW Florida?  The answer is every month! Virtually every species of fish that we have in our estuaries and offshore are here year-a-round. However, during seasonal changes, some species become less in number and smaller in size, while others become greater in numbers and larger in sizes, based on spawning and migratory patterns. Below is a twelve (12) month outline of what anglers may expect to catch, by targeting species that are more accessible during specific months and time of the year. 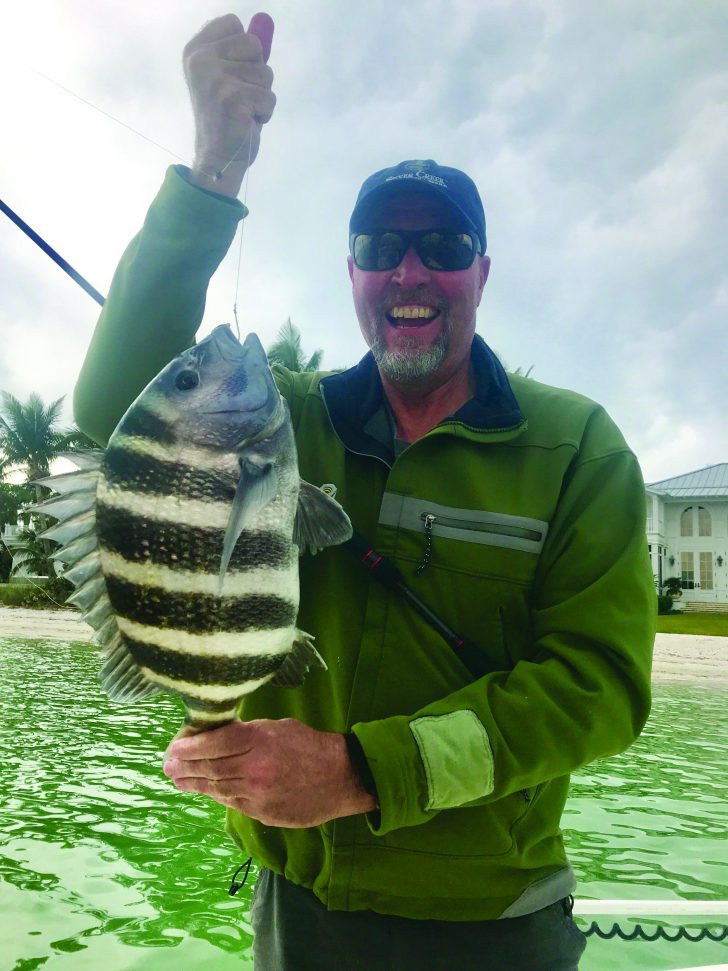 During the winter months of January- March, sheepshead migrate from the gulf to infiltrate the inshore docks and backwaters.. They take up temporary residency in the shallower waters around the piles and rock structures. These fish are spawning and will eat shrimps and fiddler crabs. Sheepshead are a great table food and provide good action on light tackle.

Spanish Mackerel are migrating south to Mexico and will be greater in number and sizes compared to summer and fall seasons as they pass through our waters. They are a blast to catch on light tackle and good eating fare. Look for them where birds are diving on small bait fishes most everywhere in the Gulf.

Seatrout catches will be good in regards to both number and sizes in the grass flats of 4-5foot of water. ‘By-catches’ will of course include pompano, spanish mackerel, ladyfish and jack crevalle.

Springtime (April-June) brings the warmer water which is the precursor and continuation of the Tarpon Migration and spawning snook, just off the beaches and in the passes of the outer islands. Redfish become more active as they prepare for spawning with the males during the summer months. They are smaller in size this time of year but are plentiful. Triple tail and cobia begin to appear throughout our waters. Jacks, mangrove snappers, ladyfish will make up the balance of the action. Regardless of the species, the fish are very aggressive this time of year before the water temperatures become unbearable.

Summertime (June-September) expect smaller seatrouts on the grass flats, bigger Redfish action as well as a continued snook bite. Snook will continue to be good off just off the beaches, around mangrove islands, river and creek mouths. Jack crevalle (Jack’s) will be in good numbers chasing glass minnows in the canals and all over. The ‘Jacks’ will hit most any presentation during a feeding frenzy.

Fall months (October-December) represent good opportunity for everything but big Tarpon. Fall fishing is subject only to cold fronts of November and December out of the North and Northeast. Winds become very deliberate and keep the warm waters of the Gulf of Mexico (‘Gulf’) from coming in to our estuaries and up the rivers. October could be the most productive month of all for big (‘Bull’) redfish as they are in our estuaries from their deeper, ‘Gulf’ haunts to breed. Get them while you can as they will be gone when the water levels reduce, due to lower, winter tides that come in November and lasts through February (3months). Nonetheless, air and water temperatures are pleasant and seem to satisfy every species of fish that inhabit our fishery. Redfish and snook become the targeted game fish of many anglers in and around the passes and under the docks of the outer islands.

Shrimp and baitfish (pilchards, threadfin and pinfish) will be available to cast net throughout the year but will fluctuate if size and numbers depending on the seasons (winter, spring, summer and fall). Bait selections, including types or artificial presentations, will determine one’s success, although I suggest that the tide movement will be the predominate factor. Always fish on and incoming or outgoing tide and not slack tides.

Every month in SW Florida has good to great fishing opportunities both inshore and offshore. Offshore fishing requires low winds and extra attention to type of vessel that is being used, if for nothing else but safety concerns. 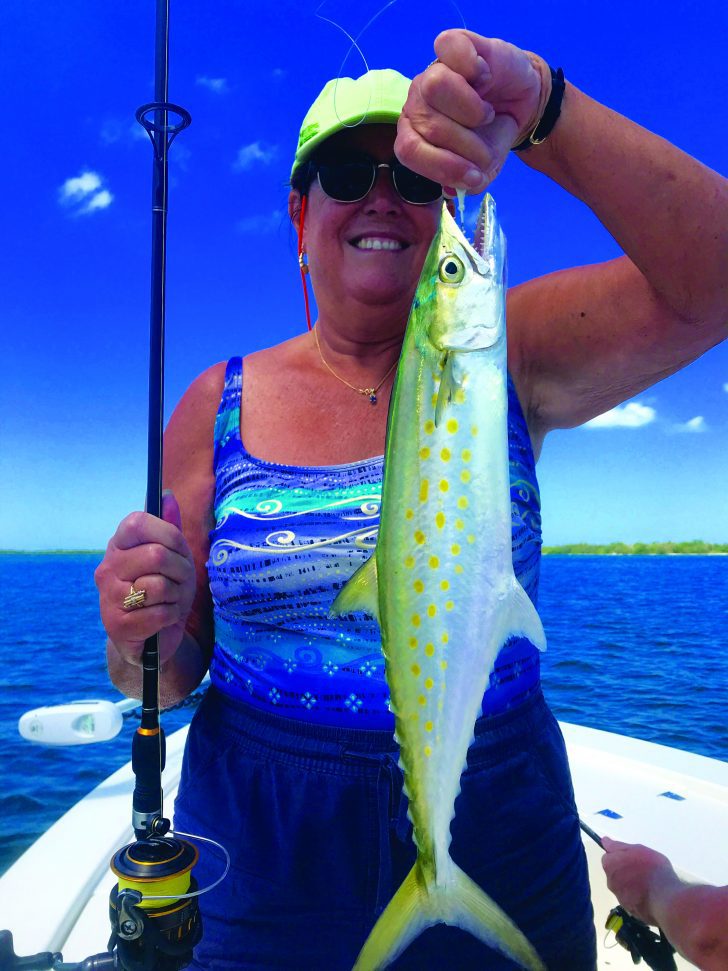 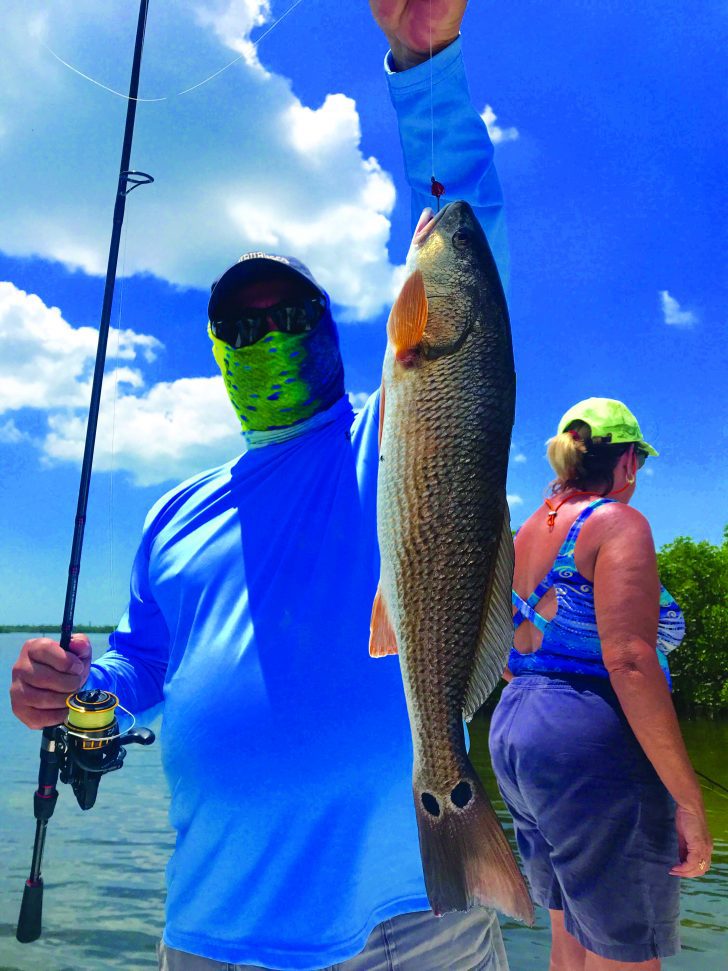