I’ve just returned from what can only be described as the most successful fishing trip of my long fishing career! My fishing buddies Jim, Pat and I have been making this journey to Cape Cod for almost twenty years. This year we invited another great friend and fisherman, Jimmy, to come along. Mind you, Jimmy is a professional bass fisherman but had never kayak fished before, so this was going to be new to him. 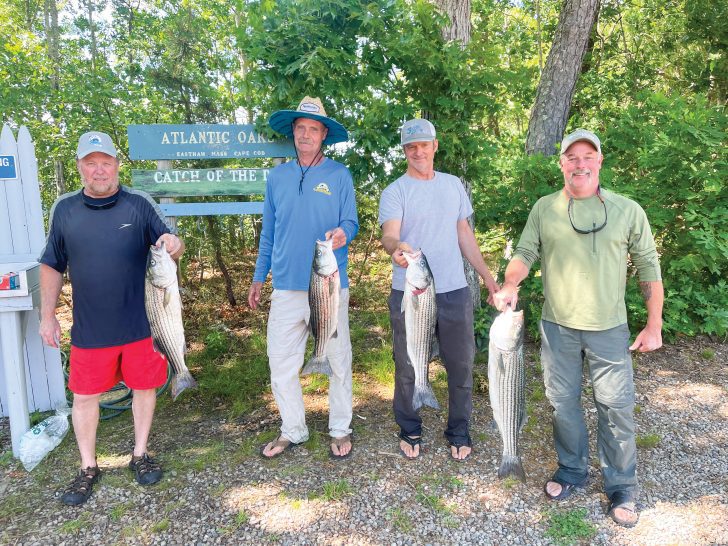 This trip involves some real planning as Cape Cod can be busy in the middle of June. We stay at Atlantic Oaks Campground, which puts us 20 minutes away from some of the best Stripped Bass fishing in the world. This campground has every amenity you could hope for including great full hookup for R.V. and tent sites, super clean, hot and free showers, a fish cleaning station and a bait and tackle shop at the entrance!

This end of the Cape is narrow and surrounded by enormous amounts of salt water from Cape Cod Bay to the west, the Atlantic Ocean to the east and Nantucket Sound to the south. Punctuating the shoreline are expansive saltwater marshes and embayments and if you learn one thing from this article, it’s that very large Stripers hunt and feed in super skinny water. I mention this because the weather forecast showed high winds for the entire weekend. We were not going to be able to launch into the wild, deep blue Atlantic Ocean as we have done in the past hoping for really big fish, so we used google earth and a wind app to find sheltered launches. 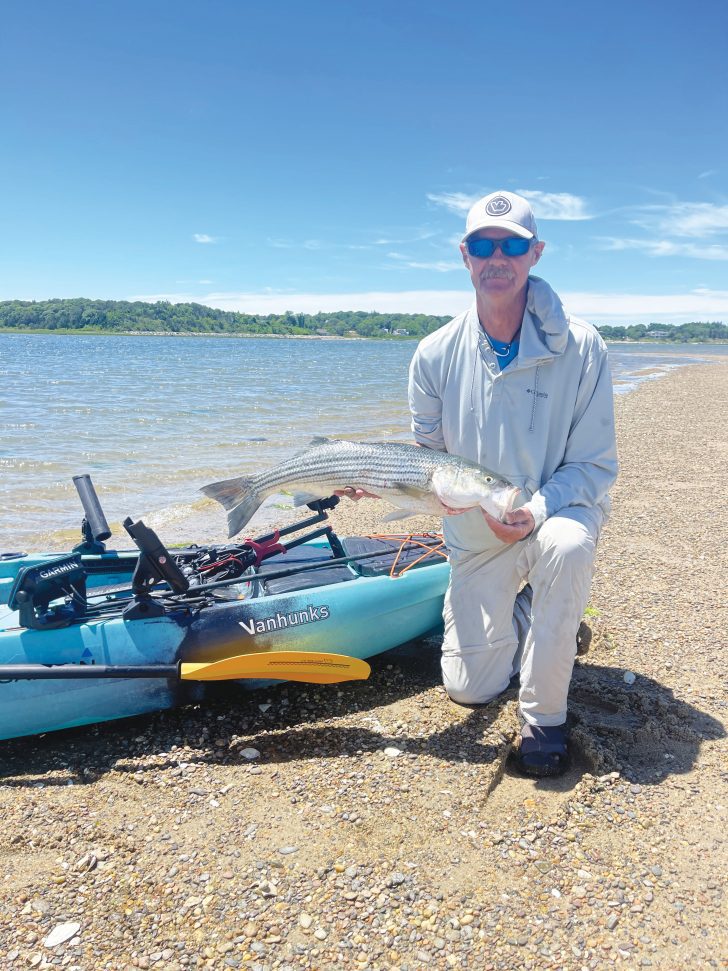 The first morning was promising as we caught a bunch of schoolies (small Striped Bass). We launched for the afternoon into a stiff breeze and true to Jimmie’s abilities, he caught a keeper (28’-35”) within five minutes of launch on a top water plug. The four of us spent the rest of the day catching and releasing a great number of stripers from our plastic flotilla! The next morning was blowing even harder, so we returned to the same somewhat sheltered launch in Orleans with high hopes and we were not disappointed. We found schools of busting fish in about 2’ of water and they were big and hungry from their spring migration. We all boated keepers, some in the mid 30” range and once again spent the rest of the day catching and releasing fish. We woke early on the last day and it was flat calm, so we launched into Nauset Marsh in Eastham, just 10 minutes from our campsite, and spent the morning sight casting, on a large sand flat that was only 3’ deep, into roaming schools of hungry slot-sized Stripped Bass. After four days, we had a cooler full of fish, in what can only be described as an “Off The Chart” kayak fishing trip!

It’s A Wild World-Get Out there!