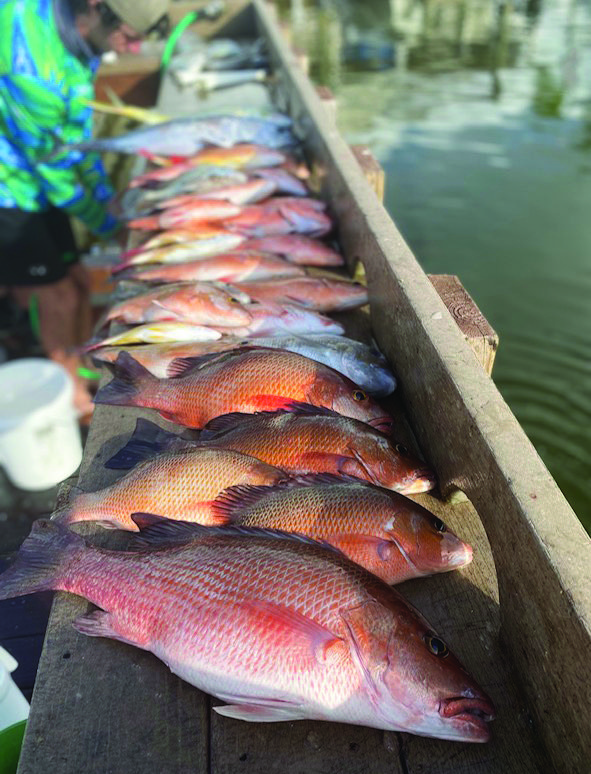 Grouper and snapper have been biting well offshore. The backwaters have been equally as productive, with snook, redfish and trout being very active. Large schools of bait have also started showing up on the beaches, bringing predators along with them.

In the backwaters the snook bite has been excellent. Look for bait first thing in the morning along the beaches and hit the back. Early morning or late afternoon seems to be the most productive right now. When it starts to hit midafternoon, try fishing deeper water where it stays cooler and switch to cut bait. Trout have also been all over the flats. Using popping corks with an artificial on a jighead suspended beneath it has provided us with some very successful days.

Offshore, the gag grouper bite has been great, assuming you can muscle them out of the wrecks. Schools of big mangrove snapper have also showed up, and we’ve had numerous days of quickly limiting out. Some days they can be picky, but heavy chumming will turn them on. Close to shore, big schools of bait ha a also showed up. In the last few weeks we’ve fished these schools and caught a variety of species including tarpon, sharks, kingfish and spanish mackerel.

Right now, we’re kind of in a holding pattern waiting for the weather to cool down, but looking forward to the first cold front to kick off our fall fishing season! Start getting your gear ready, because we’re coming up on one of the best times of the year to fish. Tight lines! 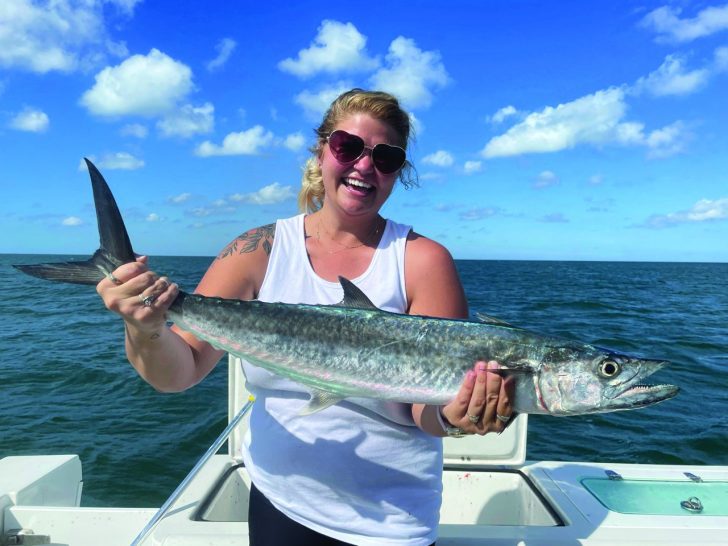 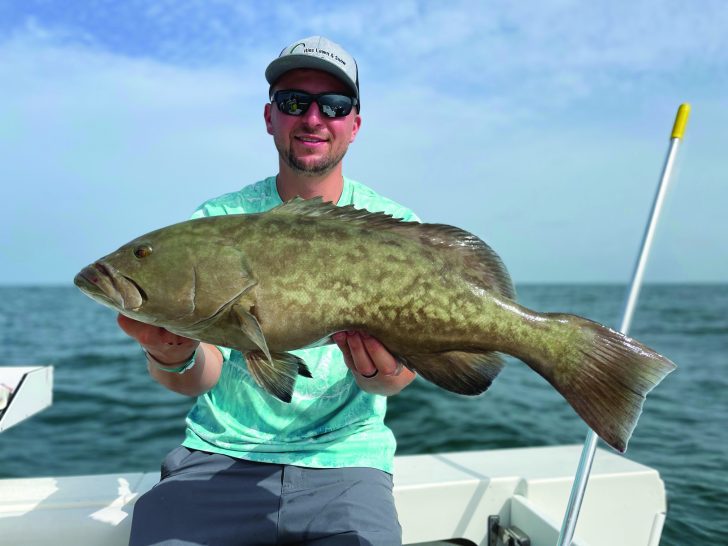