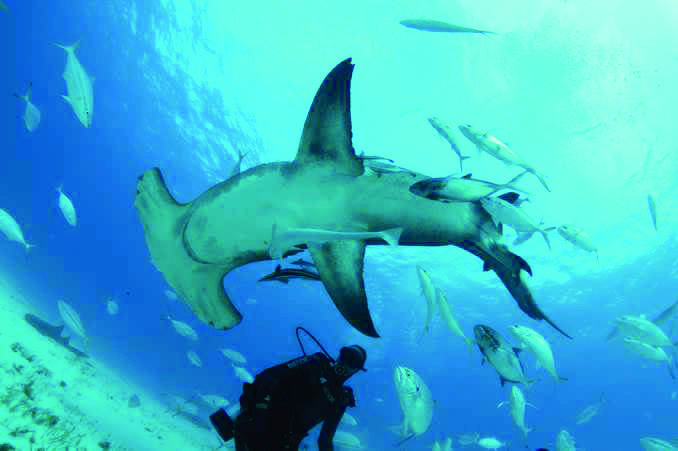 As the Bahamas shark expedition concluded and the research vessel ANGARI lifted anchor to return home, the team was filled with excitement for what was to come. They had acquired enough data to create what would be the most accurate 3D model of a great hammerhead shark in existence. 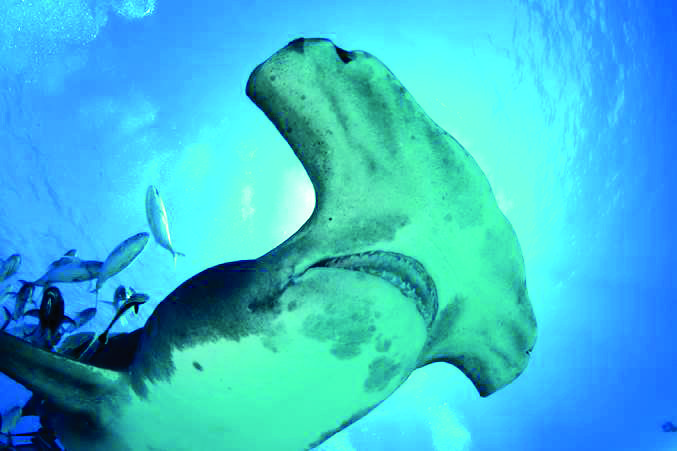 In the winter of 2020, the marine science nonprofit ANGARI Foundation teamed up with Duncan Irschick, professor at UMass Amherst and director of Digital Life, and Casey Sapp, underwater camera pioneer and CEO of VRTUL, with the goal of creating an accurate 3D model of a great hammerhead shark to share with scientists, educators and storytellers.

Several hammerheads visited the dive site during the expedition, but the 10-foot-8-inch female great hammerhead shark named Nemesis stood out as the obvious choice for modeling. She is a frequent visitor to Bimini and is recognized as one of the darkest colored hammerheads with defining features like a notch in her second dorsal fin, unique ventral pattern with an identifying small single dot and the missing tip of her left pectoral fin. Her signature look and comfort in front of the cameras made her an ideal shark for modeling and animation. 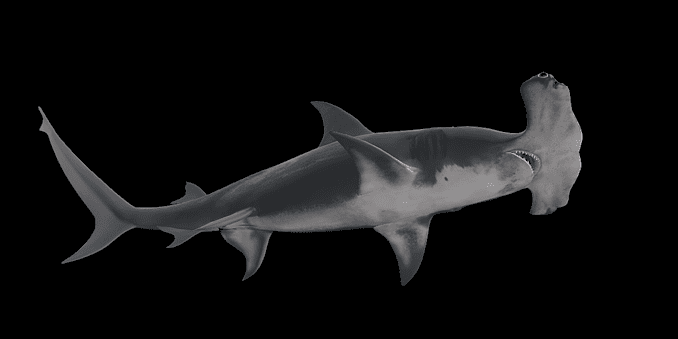 Now, all of the team’s hard work has paid off, and the finished high resolution model of Nemesis has been released. The model is freely available to researchers, educators and the public in the hopes it will become a valuable tool and the process will serve as a blueprint for modeling additional marine species. 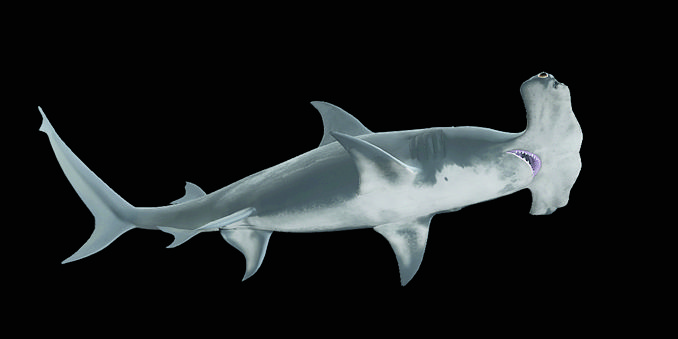 “It is now more important than ever to support wildlife conservation and preserve the heritage of life on Earth,” explains Irschick. “By creating high quality 3D models of living organisms, we can share animals and their stories with the public.”

Angela Rosenberg, president of ANGARI Foundation and captain of R/V ANGARI, is pleased with the impact that Nemesis has already made. “The positive reaction to the model is exciting. This is a really unique way to share sharks with the public and give individuals an up close and personal connection to these magnificent animals. Education is key to appreciation and conservation, and this model is a big part of that.”

The ANGARI team also produced a behind the scenes video “The Making of Nemesis” to demonstrate the modeling method and highlight the finished product.

You can see “The Making of Nemesis,” interact with the 3D model and view supplementary educational resources online at www.angari.org/3dgreathammerheadshark.