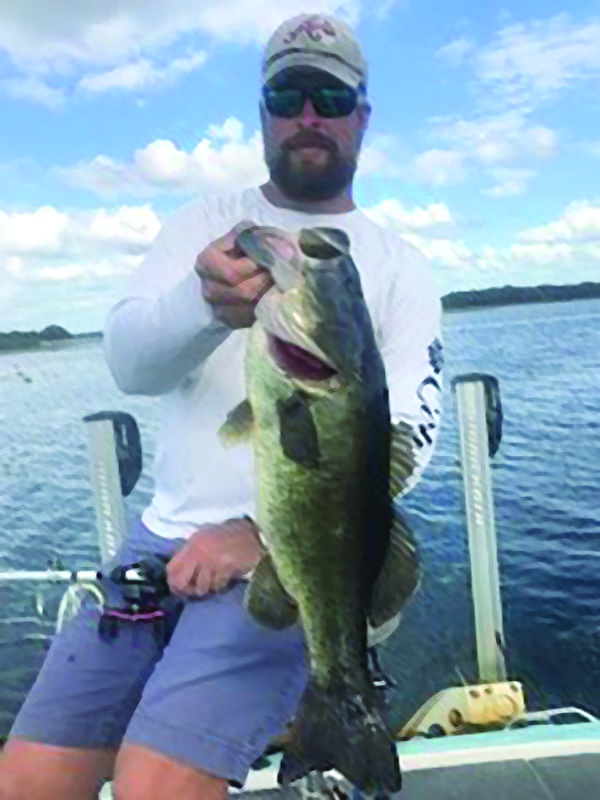 With the cooler temperatures, the bass fishing on Lake Seminole has been great! Topwater lures have been very productive with a Strike King Pro Model Buzzbait in chartreuse/white being one of my favorites because the bait comes with a good hook and has a very unique sound to it that drives the big bass crazy.

Because the cooler water temperatures are running the baitfish into the Spring Creek arm of the lake, jerkbaits have been very productive this fall as well. I like a Strike King KVD Jerkbait in the color sexy shad which resembles the baitfish and the big bass seem to like it.

Hybrid and stripers have been being caught on A-rigs in the Spring Creek arm and the main part of the lake. We have been seeing a lot of schooling activity. It’s hard to reel an A-rig through them without them trying to jerk the rod out of your hands.

The crappie have already started to bunch up and are being caught from 10′ to 12′ of water on minnows and jigs. Numerous limits are being brought across the docks at Wingate’s Lunker Lodge by the campers in Bass Island Campground as well as other locals. Recently, a couple of young men from Cairo, GA came over and bought some minnows from Ms. Jane and were back within two hours with limits of crappie and thanked Ms. Jane for selling them such good minnows from Wingate’s.

Duck hunting season is coming up and we have been seeing plenty of ducks mixed in with the coots. We think they’ve figured out that is good camouflage for them. We also saw a band of Mallards recently but not sure if they stayed or not. We’re hoping this cooler weather will bring them in for the season.