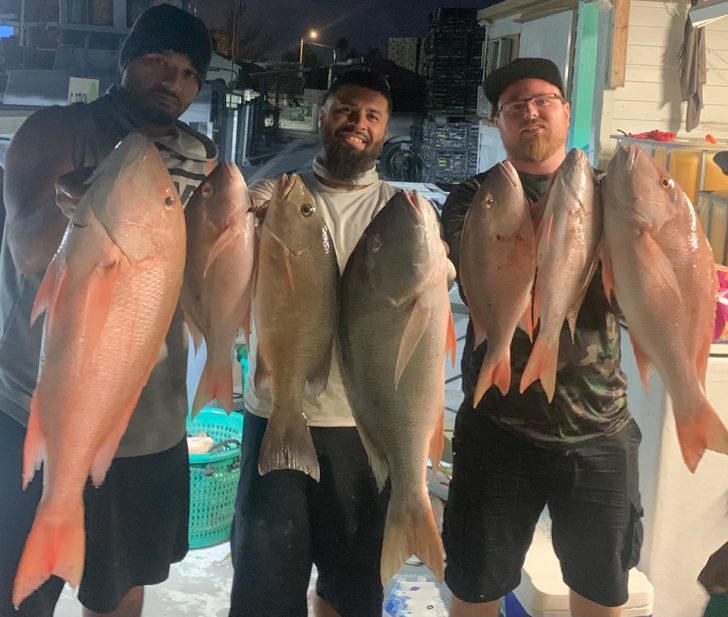 April is the month when the winds finally die down. It’s time to go back out to the reefs, the wrecks and offshore. For all the snapper guys this is our favorite month of the year because the big muttons start to show up again.  My Mutton routine goes a little something like this… I’ll poke around the patch reefs in 40-60 foot of water.  When I find something I like the look of, I drop the hook and dunk the chum.

I like to use a small conventional reel size 16 or 20.  I’ll make a 40 lb., 45 ft monofilament leader tipped with a 5 ft 40 lb. fluorocarbon leader.  Fluorocarbon does seem to make a difference for me, in terms of its invisibility.   However, I don’t really want to burn 50 foot of floro’ on every rig because it’s expensive.  That’s why I tip it. The mutton snapper is super lead shy, so that’s why we use a 50 ft leader.

I run the main line through a swivel, which will eventually be attached to a weight.  I then tie the leader to the main line with a second swivel to ensure that the weight never slides to within 50 ft of the bait.  With a rubber band I attach a 100 or 12 ounce bank sinker to the first swivel.  The bait of choice is live ballyhoo rigged on a 7/0 Mustad circle hook.  Break off the beak and hook the ballyhoo through the mouth and out the top of the beak so it looks like a horn.

I like to check to make sure I still have my bait every 10-15 min because sometimes the kingfish, a shark or the barracuda will cut you off before you even get to the bottom.

April is also the month the big blackfin tuna arrive on the wrecks! The way I like to fish them is  adrift.  I’ll start with 3 live baits on the top, with a 60 lb fluorocarbon leader and a 6/0 live bait hook.  If the kingfish are around I’ll use an 8 inch wire with a 4x strong treble hook.

As we near the wreck, and while I still have the live baits out I pull out my slow pitching set up and start jigging. Most wrecks I fish are in 180-300 ft of water so I like to use a 400 gram jig to be able to get to the bottom. A good rule of thumb is one gram per foot of water depth. I  use a little more depending on current.  I lift the jig off the bottom 4-5 times creating some commotion and a little sand plume.  If there is a mutton or a grouper down there,  he is going to inhale this thing.   I’ll then start jigging back up through the water column.  One revolution of the reel, then one lift and fall, all the way up.  There are plenty of species that can grab it on the way up; wahoo, kingfish, amber jack, tuna.  Slow pitch is a relatively new technique in terms of its popularity, but it is effective for a variety of species. 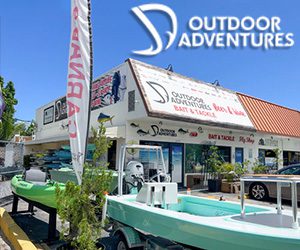