Spring has sprung! In my opinion, March is one of the best months to fish in South Florida. Whether it’s inshore, offshore or freshwater, there are numerous ways to get hooked up. As water temperatures begin to warm up, tarpon will be plentiful along the beaches and around the inlets and bridges. Use live shrimp or crabs to get tight with a silver king. Offshore, there will be many different species to target. Kingfish will be showing up in bigger numbers. The sailfish bite will still be hot, especially right after a cold front pushes through. With lots of dolphin being caught over the last few months, there’s no reason that the trend won’t continue this month. Bigger blackfin tuna will be moving through our area as well. Drift a live pilchard on a 3/0 to 5/0 circle hook tied to 30 pound fluorocarbon leader and send it way out from the boat. Bottom fishing should be fantastic too with plenty of snappers on the reefs. On the wrecks, you can count on some big amberjacks and grouper, but you’ll have to release the grouper as the season is closed through April. In freshwater, the big female bass should begin to spawn. As water levels drop, bass will be pushed off the flats and into the canals making for some good numbers.

March also means the return of the Dania Marine Flea Market March 14th – 17th at the Big Easy Casino in Hallandale. We will be there in booth space 105. Stop by to say hello and let’s talk some fishing! 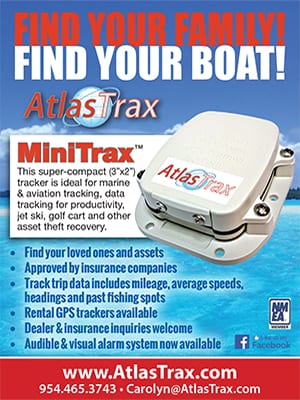