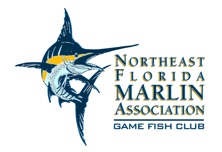 Hot summer days aren’t over for Northeast Florida but one of the best ways to beat the heat is to hop on the boat and go fishing.  This summer fishing in Northeast Florida has been steady and strong with something to target anytime you can go fishing.  If you’re interested in Summertime Bill-Fishing the best bet for September and October is the Swordfish and this season is already producing fantastic catches for those who make the effort.

In July – A 376 pound swordfish weighed in at the Marlin Club Dock by the “Family Time”, Bryan and Mark Denman and family were daytime sword fishing when they captured their trophy!  Other big fish weighed in by the “C Fan” and the “Freespool” suggest that the big fish arrived early in NE Florida and its expected to be a long swordfish season.

In August we kicked off the NEFMA Swordfish Shootout which allows crews to pick their days and fish day and night for the big beasts.  That tournament closes in September, but we’ve already had several 100 Plus pound fish weighed in, including a 112# pound sword by Pura Veda and a pair of big fish weighing 167 & 175 by the Trippin Out.   See the NEFMA Facebook page or Anytime Sportfishing’s page for catch logs, photos and updates.

Wahoo season will be coming back soon, and the Northeast Florida Marlin Association will begin taking entries for the 3rd Annual Don Combs Wahoo Roundup in September.

Also, Club NEFMA has scheduled the annual Dock Party for September 15th. The club welcomes members, sponsors and other interested parties to come by and visit and enjoy food and beverages with our members and talk about fishing, tournaments and conservation.  The Dock Party kicks off our membership drive for next season so please let us know if you’re interested in attending via email at clubnefma@gmail.com and see the website www.clubnefma.com for more information.