While enduring the current heat and humidity it might seem that our options are limited.  However, there are some unique opportunities if you’re ready to get up early and be on the water before sunrise. The flat calm conditions make the boat ride worthwhile and it’s a short ride at that. Most days, plan on being back for lunch. 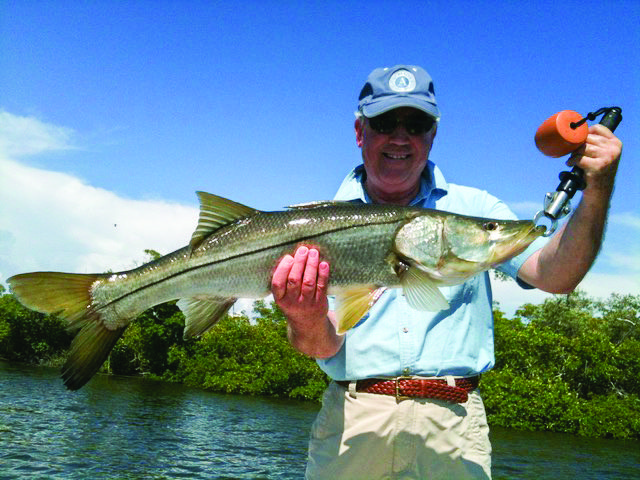 For the most part, from what I’ve seen this past month, we’re in for a decent late summer tarpon bite in the upper harbor.  As most of the migratory fish move north, some stay and make their way up into the harbor with the resident fish where they’ll stage for a couple months until they make their way up the rivers when the water cools. I would expect to see fish scattered from the 20-foot hole off the west wall all the way to the U.S. 41 Bridge at Punta Gorda. All that’s necessary is a short run from either Laishley or Ponce Park. In addition, the deeper holes outside Pirate Harbor should also be holding fish.

Too, while looking for tarpon keep an eye out around the bridges and outside seawalls in Punta Gorda and Port Charlotte for schools of big black drum. This is the time of year to see them finning just under the surface. With slick mornings, the markers also offer a unique opportunity. Because it’s structure, there’s always bait and consequently predator species won’t be far away. Spanish mackerel, jacks, and mangrove snapper are just an example.

The snapper bite in Boca Grande Pass is good this month, as well as just about anywhere there is structure. This includes canal and dock systems. Adjacent to the pass, the snook bite should be decent at first light along the beaches. They like to move up and down the trough just off the sand. This is a great benefit to anglers that don’t own boats or for those who want to get out early catch a sunrise and want to keep it simple by fishing plugs, plastics, or flies. 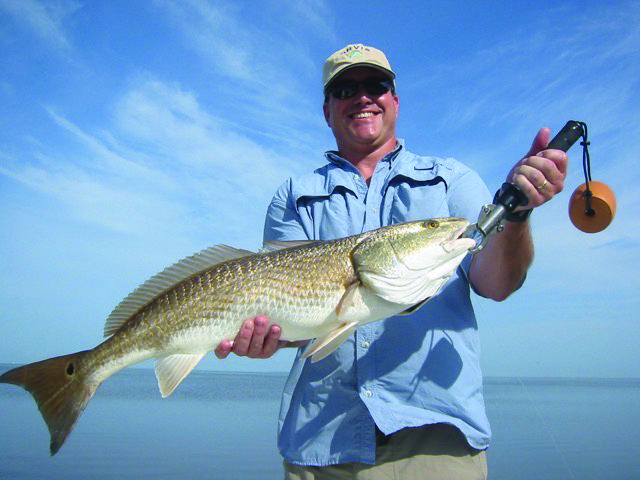 Closer to the backcountry, I’ll concentrate on outside bar systems and adjacent shorelines. Because of their proximity to deeper water with more oxygen and cooler water a better habitat exists for snook and redfish. Fortunately, the harbor is surrounded by these bar systems providing lots of opportunity. Look for an early trout bite on the system that runs from Cape Haze Point down to Cayo Pelau outside Gasparilla Sound. The fish will hold in the deeper water off the bar and the best numbers can often be found under the glass minnows or what I like to call “sizzle bait”. You’ll know what I’m referring to when you see them as the sound is unmistakable.

Until next month, good tides.

Captain Michael Manis is a U.S.C.G. Licensed captain and has been teaching the sport of fly and light tackle angling since 2002. He lives in Punta Gorda, Florida and can be reached at www.puntagordaflycharters.com.