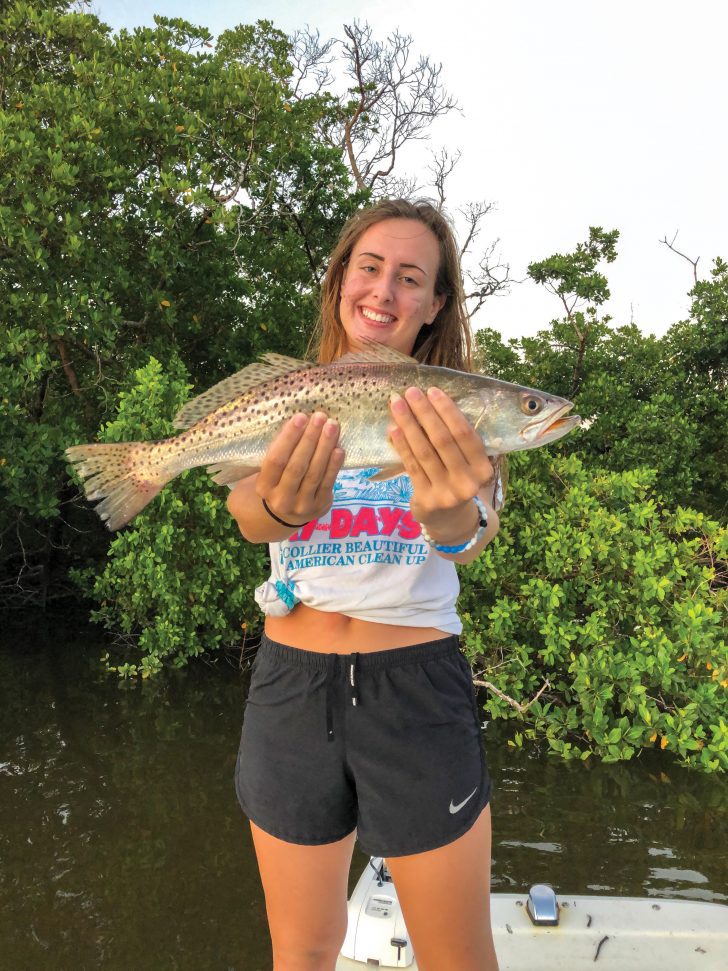 With seasonal changes bringing in cooler temperatures within the air and water, it can be a change of pace for the fishing production in Southwest Florida. We start to see less of some species but others may become more prevalent. One species that produces higher numbers during this time of year is the spotted sea trout. Florida is a perfect spot for spotted seat trout, as although they like the cooler temperatures they don’t like it too cold, and Florida definitely isn’t know for freezing temperatures in the winter season. I have absolutely noticed higher numbers of sea trout during the fall/ winter months. During the winter season, we typically will spend a good amount of time at those island points, flats, and oyster beds to find fish. We almost always find sea trout at these spots, especially on the flats and near the oyster beds. They seem to like almost any bait we throw, whether live or artificial. I caught my personal best sea trout on a small live pilchard, as I threw it right off the edge of an oyster bed flat. When we got there, there was noticeably a lot of activity, lots of swirls on small baitfish, and movement of water from fish swimming around. They were hungry for sure, as we all seemed to catch a fish quickly after throwing our baits in. Once my line goes off and I get to reeling, I can tell it’s a trout once I see those flash of colors and the black dotted back makes the surface. The fight isn’t too long and we bring them in for the up close look, picture, and nice release. We have ate sea trout before, but this one I wanted to release back to its natural habitat. Watching my fish swim off back to their homes makes me feel peaceful, so I usually like to release mine. When we go fishing around this time of year, it seems that some days we catch more sea trout than any other species, and that day was a prime example of that. For me, I prefer a bigger and stronger fight when it comes to fishing, but I don’t mind sea trout, they are still a fun and simple fight, providing the joy of fishing and the beauty of what nature can provide. Although, I do not really care for the sliminess that comes with trout, haha! 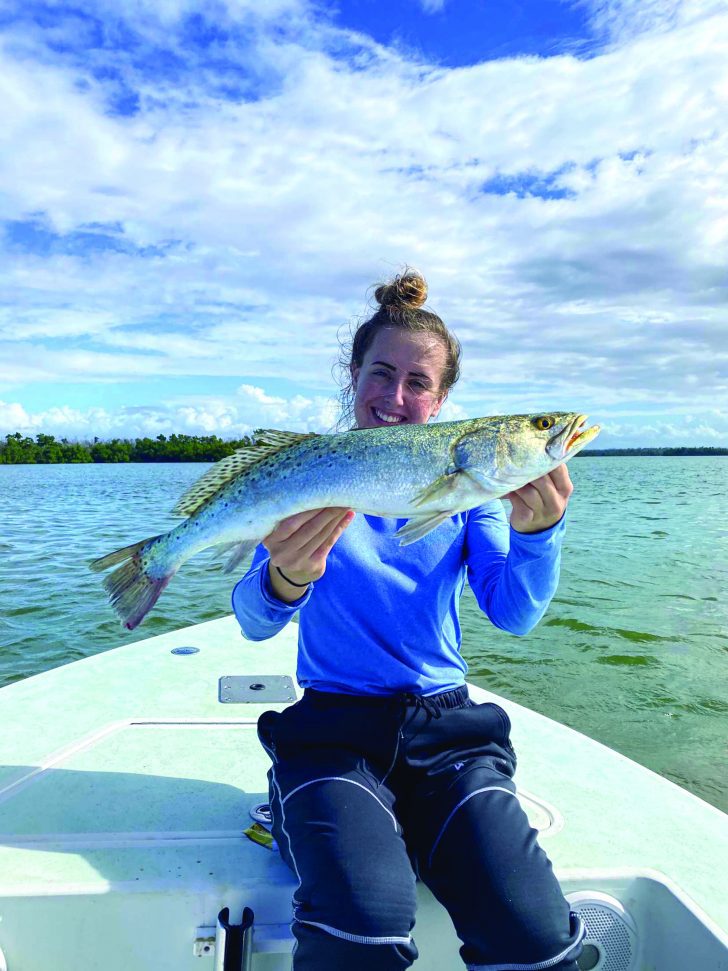