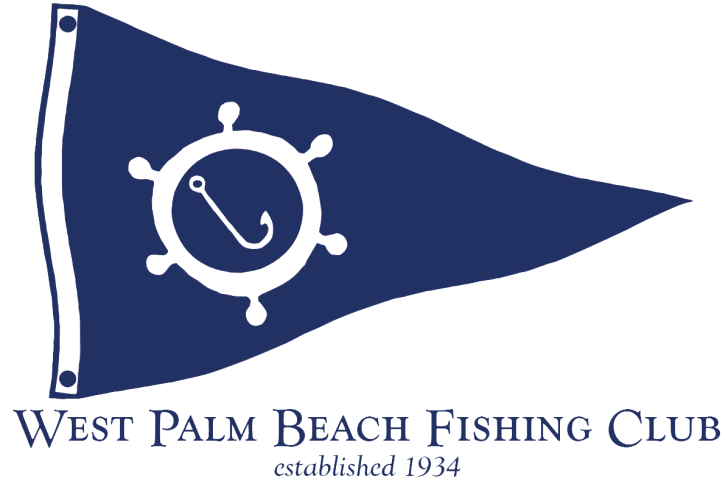 A slow start to the summertime Full Moon Wahoo Series, left anglers eager for a productive fishing day in late August. Just two fish were caught in the previous legs of the three-part series, in June and July. Early reports of wahoo being caught that week, paired with the vacancies on the leaderboard, created plenty of incentive for West Palm Beach Fishing Club (WPBFC) members to get on the water and try their luck in the final leg of the Wahoo Series. The Overall Series Champion would be decided by just a few pounds, in a finish that really came down to the wire.

51 boats fished the final August moon. The fleet caught fish all day and 12 different teams successfully landed a wahoo. Matt & Jess Bota of Team Bota Boat, hooked into the first wahoo of the day before 6:30 am while trolling. The fish bit them off on the planer, but a swift deploy of another line rigged with a Nomad DTX trolling plug was sent out for a second shot at the school of fish. This quick thinking would pay off as a 40.6 pound wahoo ate the artificial bait. That fish would hold up as the second largest fish caught during the August leg. 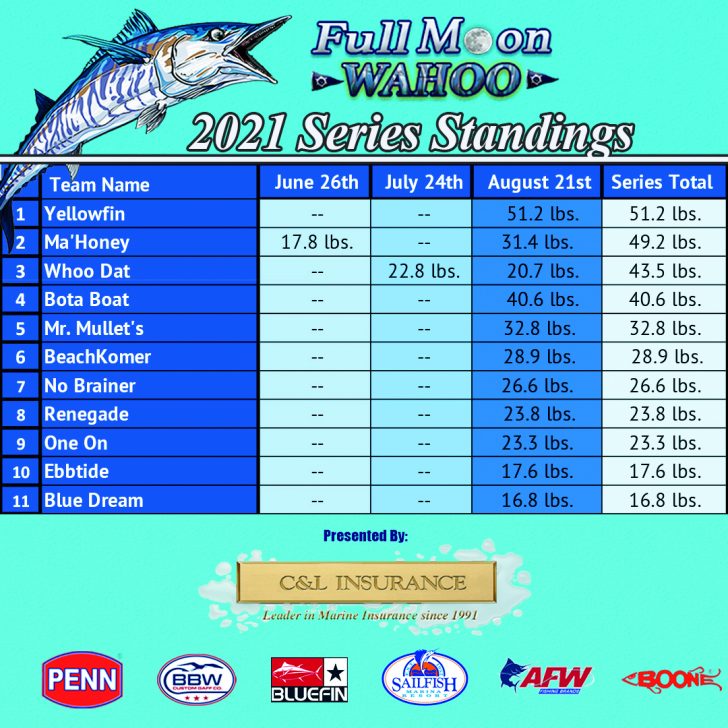 WPBFC member Trevor Richards and Team No Brainer caught their first fish of the day while planer fishing into the current on the way home to Boca in the afternoon. No Brainer turned around and headed north to come weigh-in their sunset catch at Sailfish Marina on Singer Island. Richards would then hook and land the last fish of the series, his second wahoo of the day, just south of Palm Beach Inlet right before 8 pm on another planer line with a bonita strip and sea witch.

Club members Ryan & Sean Mahoney of Team Ma’Honey, and Ryan & Arianne Buel of Team Whoo Dat, both caught their second fish of the series in August. They were the only two teams to catch a fish in either of the previous legs in June & July. Their series aggregate totals of 49.2 pounds and 43.5 pounds, made for a great competition. But, despite them having two fish to count, it was Team Yellowfin’s one big fish that won it all.

WPBFC members Cat & Guy “The Wahoo Slayer” Bartels and the Yellowfin crew caught a tournament winning 51.2 pound wahoo while high-speeding, midday at 2pm. They hooked this monster fish in just 125 feet of water. That’s a bit more shallow than most boats work baits for wahoo. Guy explained, “we’ll always work our way in shallow, as long as there’s blue water.” In a chaotic sequence, three rods went off on Team Yellowfin’s 32’ SeaVee. The wire-line rod, paired with a black & purple Iland Lure with a mullet, would entice the 51.2 pound fish.

Yellowfin’s wahoo took first place monthly and was good enough to also win the Overall Series. It really did come down to the wire. Bartels and crew previously won the Wahoo Series in 2018 as well. 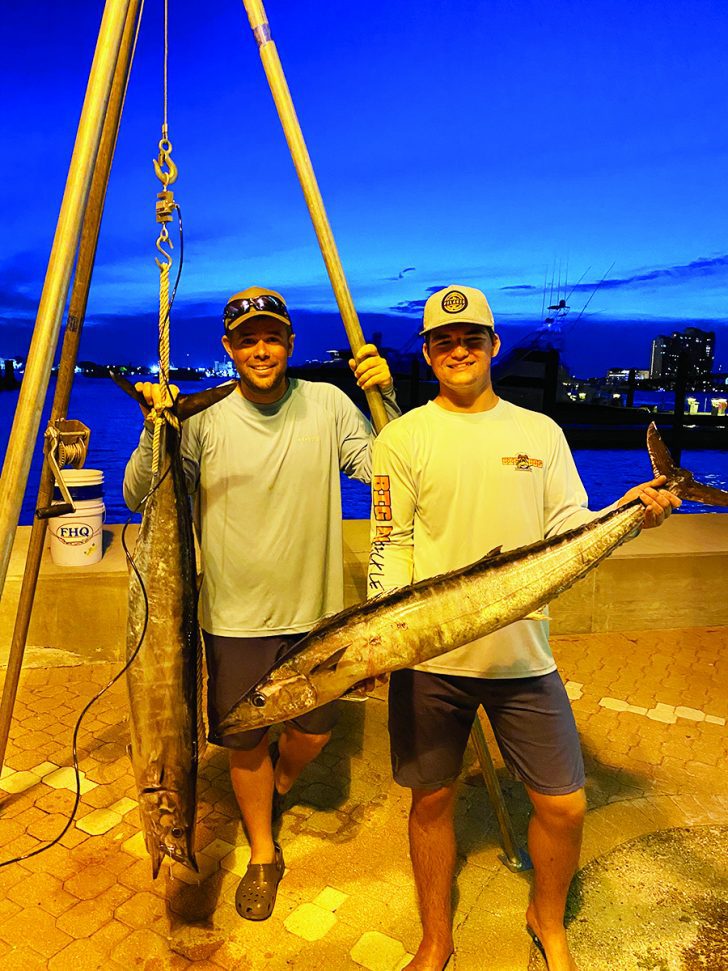 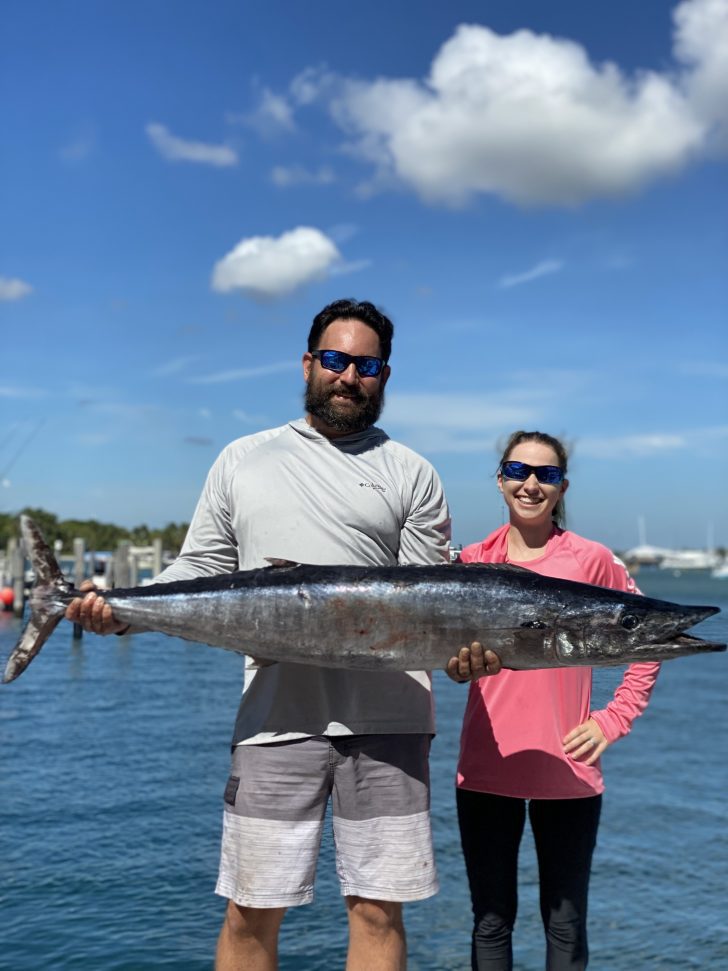 It’s always great seeing a community of club members getting involved and on the water. A total of 60 teams fished throughout the 2021 series with 40 plus on the water each moon. 17 wahoo were caught in total, by 12 different teams. Thank you to all the WPBFC members who participated! It’s an exciting time to be a part of the West Palm Beach Fishing Club and get involved in some of the many angling tournaments/contests happening now.