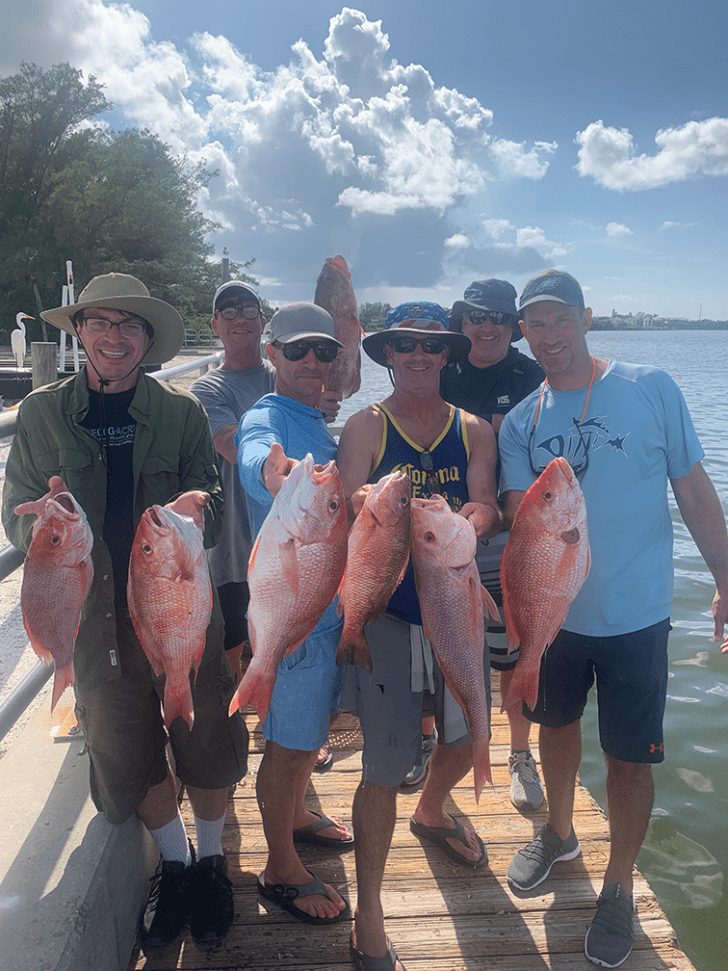 Fall Fishing is starting to kick into gear and after the next few cold front I will focused on Hogfish. These tasty critters and are not only hard fighting but they eat pretty good too! These fish will be found on live rocky bottom and will congregate closer to a ledge or drop off. Chum this fish with crushed crab or little bits of shrimp to get them fired up and bunched under the boat. Your typical knocker rig works very well but don’t be afraid to throw some jig heads out or use Captain Chappy’s Hog balls. The days with good visibility in the water I will step down to 20lb fluorocarbon but days after a cold front and the water is churned I will go up to 30lb which I prefer, Hogfish after being hooked will turn on their side and dash over the rocks which makes for an easy break off if they hit the ledge.

It was hard to narrow down a fish story for this months article so I will give a synopsis of my summer season as a whole. Red Snapper season started off fast and furious but we had a lot of bad weather days that’s kept us down. Most trips we had double limits of both Red snapper and Red Grouper with your other snapper species mixed in. I did make a personal trip in the begging of the season and had some trial and error with some slow pitch jigs which was an absolute blast! On the bad weather days we were able to to stay closer where the red grouper bite was Red hot. This year the loop current came a little closer which brough in the pelagics. We caught more mahi this year than any other and even had multiple wahoo around the boat. This also brough the sharks in this year, never have I ever had so many fish eaten by the tax man. It seemed there where two weeks in the middle where every fish was snacked on. Grouper fishing will remain amazing until it gets cold and the red grouper will slow down. I’m in my slow season and have plenty of availability so let go fishing! 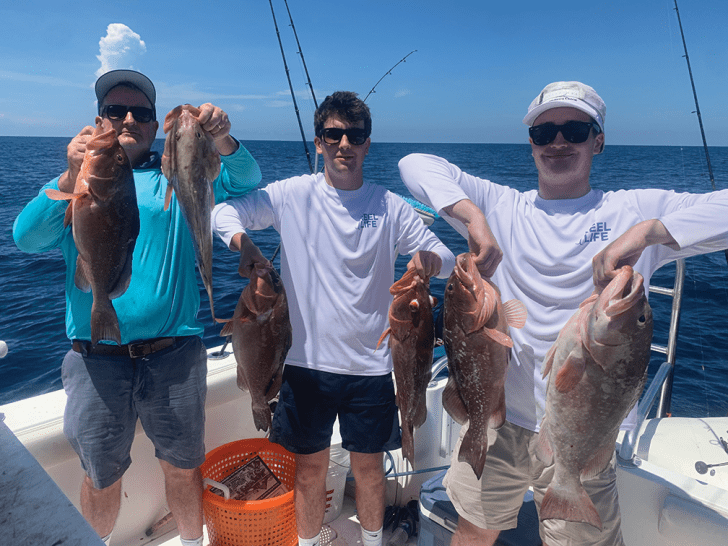 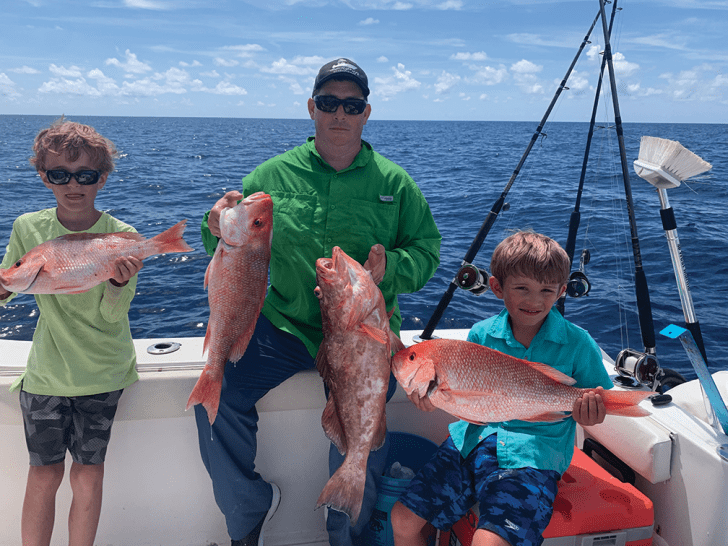