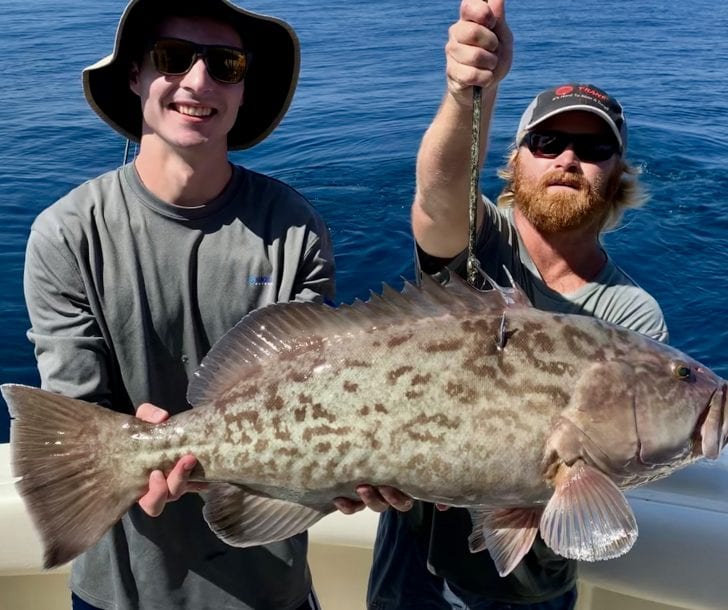 It’s difficult to believe we are talking about Fall fishing with the temps still being in the high 80’s and 90’s, but that will change soon. Fall fishing usually begins in the beginning to mid-September each year and continues through the end of November. As stated above with the changes in weather and temperature, the fishing can be dead slow one day or two and crazy hot the next trip.

Inshore fishing during the Fall often produce some of the best Speckled Trout and Redfish in the country. You can usually find Redfish close to the shore, as mature Red Drum spawn in near shorelines from mid-August to mid-October.

Offshore fishing during these fall months can produce White Marlin which move in closer to shore. Blue Marlin and Tuna also provide great fishing experiences if you can take a charter to deeper waters.

The only problem with fall fishing can be the weather. The ideal time to fish is before a cold front arrives. These days of low pressure make the fish bite like mad and anglers get to limit out.

The winter fishing is great along the gulf coast. Temperatures range from the low 40’s at night and heat up to the mid 60’s by mid-afternoon. December is generally pretty mild through Christmas. December is also a great month to go catch some Bull redfish right off the beach on a offshore charter. The large game fish school up by the thousands and are a lot of fun to catch while trolling or sight fishing.
Inshore fishing is great during these colder days of winter. The water temperature drops during the winter fishing season to the high 50’s but that does not stop the bite. Speckled Trout and Redfish are a favorite of many inshore anglers.
Offshore fishing is pretty good but be mindful of the wind and the weather. Along the gulf coast, anglers will be catching grouper, snapper, triggerfish, and amberjacks that fight hard and are delicious to eat. Although red snapper season is closed, a large variety of other snappers are available, including vermilion snapper, lane snapper, gray snapper, and white pogies, commonly called white snapper. Grouper fishing at this time of year for black and red grouper, scamp, and Warsaw.

For colder days you might want to try using a charter boat with heated cabins. Even if you own your own boat, charters and charter boat guides have the knowledge and experience to put you on the fish.