October was the last month with our beloved fishing pier on Folly Beach.

The current one has loyally served millions of residents and tourists for over a quarter century since it opened July 4th, 1995.

It’s survived countless hurricanes and nor’easters; however, wood-boring mollusks have taken their toll on the pilings and it’s finally time to replace it completely.

Construction is expected to last for about two years with a re-open date in 2023.

The new pier will be in the exact foot print of the current one, extending 1045’ into the ocean with a diamond shape at the end.

There will be many improvements including bigger sun shelters, easier pedestrian accesses, and a 360° unobstructed view down at the end of the diamond.

In addition, the pilings will be concrete with a life expectancy of sixty years.

However, the pier deck and railings will still be built of wood to keep that “Folly feel” to it.

Good news is after this winter the pier gift shop and restaurant, Pier 101, will re-open in Spring 2021 with a newly remodeled deck.

You’ll be able to come out, grab a bite to eat, and watch the new pier actively being built.

We expect it to be quite the spectacle. For all those that were able to get one last line in the water this summer, we had great weather and even better fishing.

The Atlantic Ocean proved abundant once again and we saw every type of species make the leader board.

To top things off this final year, a pier record pompano was caught in the last few days we were open.

Pier celebrity Judy Moody reeled in the beast at just over 4lbs. 2oz. What a fish story to end an era!

Folly has transformed tremendously from when the pier first opened, but the memories go on forever.

The Folly Beach Pier has provided us all with great times.

From catching fish to catching waves, marriage proposals to bachelorette parties, sunrise walks to moonlit strolls, sipping a beer at the bar to dinner with a view, the Folly Beach Pier has provided us all with great times.

Much thanks to Edwin S. Taylor and Charleston County Parks for making the pier possible.

It truly is a Charleston icon that will be missed, but now it’s time to say farewell.

In Folly character, this last summer strangely ended up being one of the times we needed it most.

What better way to cure cabin fever than to relax and enjoy the outdoors. Thank you Folly Pier for being that cure.

A big farewell to the Edwin S. Taylor Folly Beach Fishing Pier. Folly is going to miss you but will always remember you…

For the latest updates and info: CharlestonCountyParks.com.

You may also enjoy reading:  Finger Mullet ”A Catch All” Bait – By Jiggin Jerry 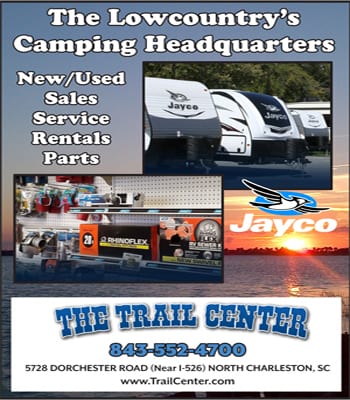 How To Rig a Mussel for Sheepshead fishing

2021 Tidewater 256 LXF Featuring On The Water Walk Through Video