Words and photos by Ryan Clapper.

Anglers and beach goers along the beaches of Patrick Air Force Base in south Cocoa Beach saw an up close surprise. A World War II-era plane (TBM Avenger) taking part in the Cocoa Beach Air Show made an emergency landing in the ocean Saturday afternoon 4/17/21. No one was injured. Pilot was seen wearing a sling.

The big question in the days ahead was how can this plane be fished out and be removed safely from the surf.  The plane was eventually taken out via a crane the following Monday. You can take a look at some of the aftermath in the images below. 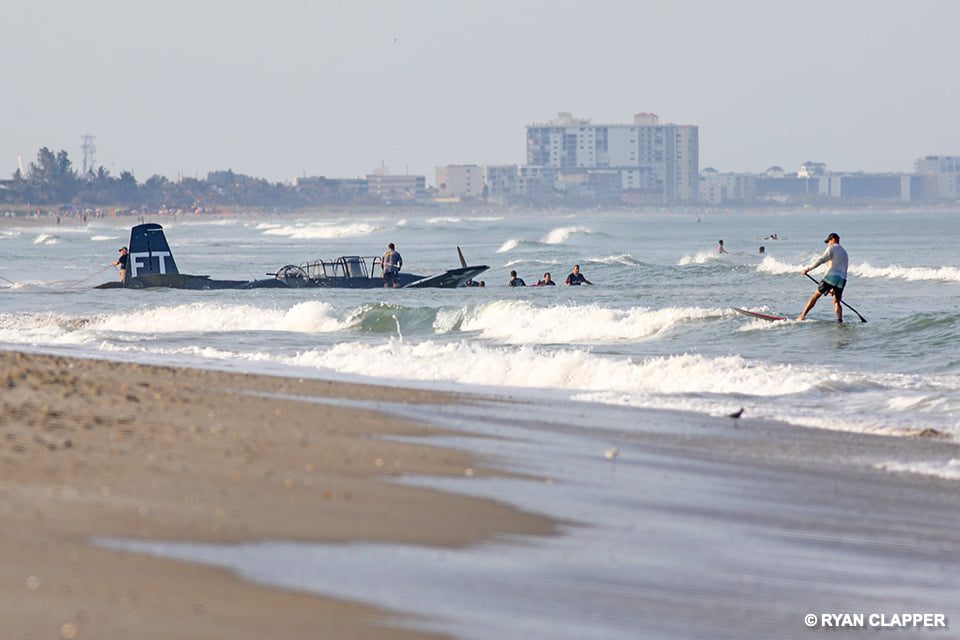 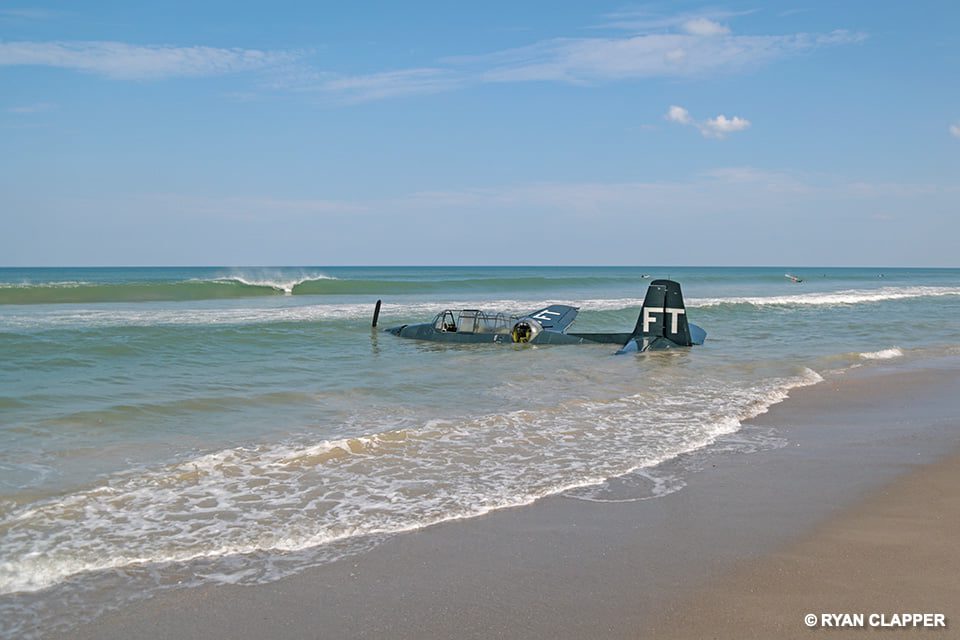 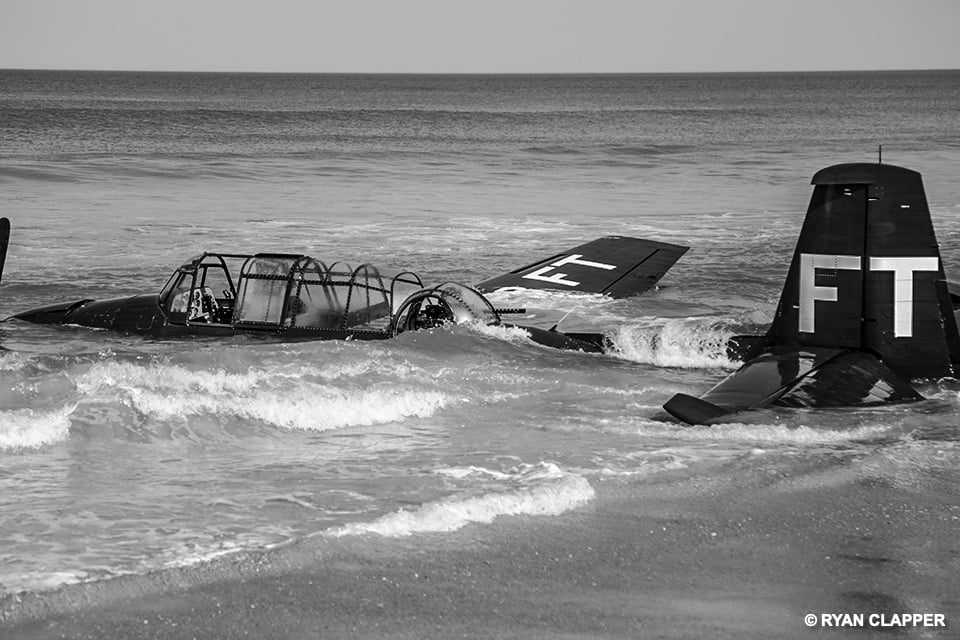 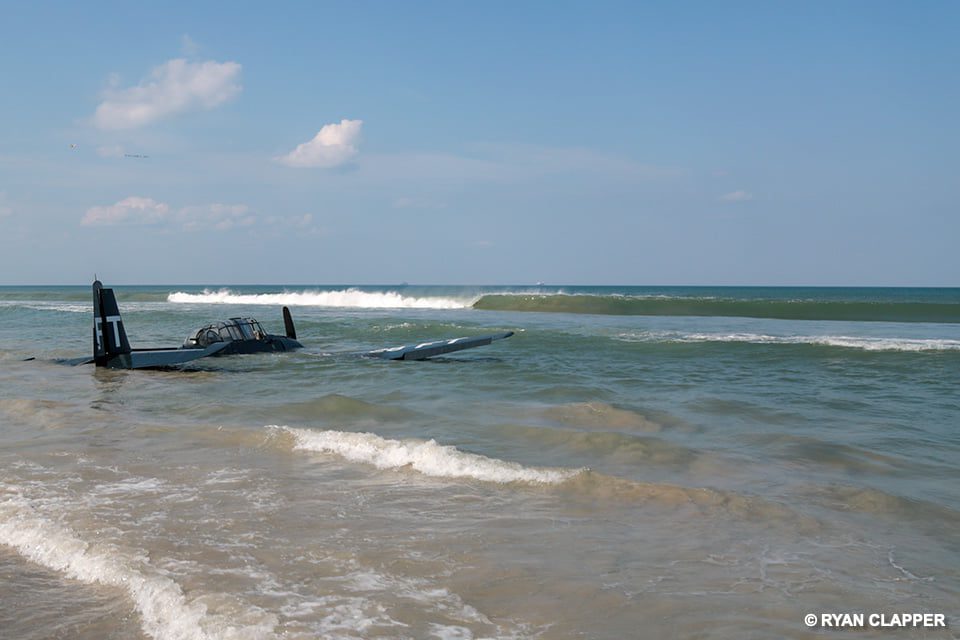 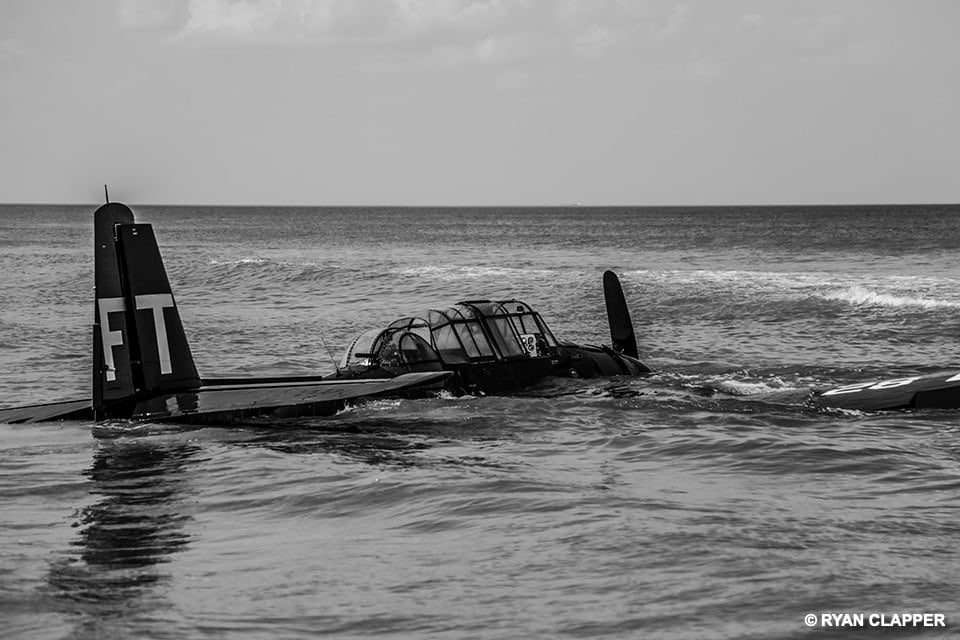