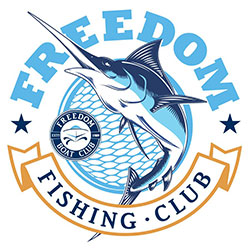 Most Coastal Angler readers are by this point familiar with Freedom Boat Club. The pay-to-play boating club offers over a dozen different locations within our Coastal Angler coverage area where you can join-up, be your own captain and head out when you want to find the best fishing or on-water adventures. Become a member at one Freedom Boat Club location and you have access to the boats at all 180-plus Freedom Boat Clubs across the country – including over 150 vessels between Long Island, Connecticut and the Rhody coast alone. Freedom Boat Club has also recently opened several European locations for members to utilize at no additional cost.

Now there’s yet another reason to look into a potential membership here. Back in July the club has launched its own fishing club for members. The idea is to build camaraderie between club members and add a little extra excitement to their fishing season through the addition of several fishing tournaments while also encouraging club members to head out together in search of more and bigger fish plus on-the-water fun.

“We have a lot of guys that join-up and head out on one of our boats alone in search of good fishing.” explains Simon. “That’s all good, but as you know, it can be a lot of fun to share a great day with friends so we are looking at our Freedom Fishing Club as a way to bring Freedom Boat Club members together for some laughs, great fishing and the chance to learn together. I think it’s going to be a lot of fun.”

While having fun and icing fillets are obvious reasons for Freedom Boat Club members to join the new fishing club, Simon points out there are also economic benefits as well. “When you fish together you aren’t only sharing information and experiences, you are also splitting the cost of gas, bait and tackle. Rather than heading out on your own and putting $60 worth or gas in the tank and dropping another $30 bucks or more on bait, lures and tackle, he notes, three anglers can split these costs and bring their expenses down to $30 each, so it all makes sense from a dollars and cents standpoint, too.

Already, says Simon, the response to the new club has been solid. “We had about 25 anglers at our first meeting,” he said, “and we set up a fluke and black sea bass tournament for our members. Almost instantly we began getting entries and photos, so this already up and running. We’re going to run our own tournaments, contests and derbies every month with a different fish or two being the stars based on seasonal abundance of the target species. We’ll have a bluefish tourney, striper tourney, fluke festival, porgy derby, kid’s day and probably something with false albacore and then blackfish, too. We’re still working out all the details but that should mostly be smoothed out by early August. Of course, the club members will have a big say in how we set things up.”

Simon notes that they’ll be a closed Facebook page for fishing club members, too, and plenty of updates and information passed along between club members.

One aspect of the club’s fishing competition that’s sure to take off quickly is a friendly rivalry between each franchise, and cross-Sound bragging rights for the best and biggest catches.

“This just in,” says Simon: “We’re going to challenge our Connecticut franchises to a ‘Battle of the Sound!’ and I expect there’ll be a lot of competition. They’ll be prizes for most popular species like fluke, scup, bluefish and stripers. Right now, we figure the grand prize for winning will be bragging rights – no money so we don’t have to charge any entry fees. You’ll get your name on a trophy that the winning club each season will get to keep for the year. It’s kind of like getting your name on the Stanley Cup,” laughs Simon. “Let the trash talking begin!”

Also in the works for Freedom Fishing Club members is a special video fishing report provided on a weekly basis to highlight the action out of each participating franchise and tip anglers off as to where the best fishing should be setting up over the next few days. That info will be for fishing club members only as a way to help build membership. Simon and Freedom Boat Club staffer Joe DeGregorio will be the hosts since both fish out of all the different franchises on a regular basis.

Simon expects the Freedom Fishing Club to have a saltwater emphasis and plans to have an active social gathering itinerary where people can come together to talk fishing and boating on a regular basis. For all contests, he says, entries will be made by taking a photo of the fish next to a measuring tape so anglers can release their prize if desired.

“Joining Freedom Boat Clubs really is a great deal whether you plan to fish with the club or not,” emphasizes Simon. “All members receive free training and get to choose from a variety of boat sizes and styles ranging from fishing machines to family fun vessels so not only can you change-up the fishing, you can choose different model boats to meet your trip itinerary. That means plenty of opportunity for family fun. In addition to bending rods, Freedom Boat Club members spend a lot of time cruising, dining along the waterfront, water skiing, rafting up and simply poking around the beautiful waters that surround Long Island and border coastal Connecticut and Rhode Island.”

Add in the hassle-free operation and membership really is worth exploring. All you have to do once you join up is make a reservation, show up at the dock and turn the key – you don’t even have to stick around for the wash down when you get back.