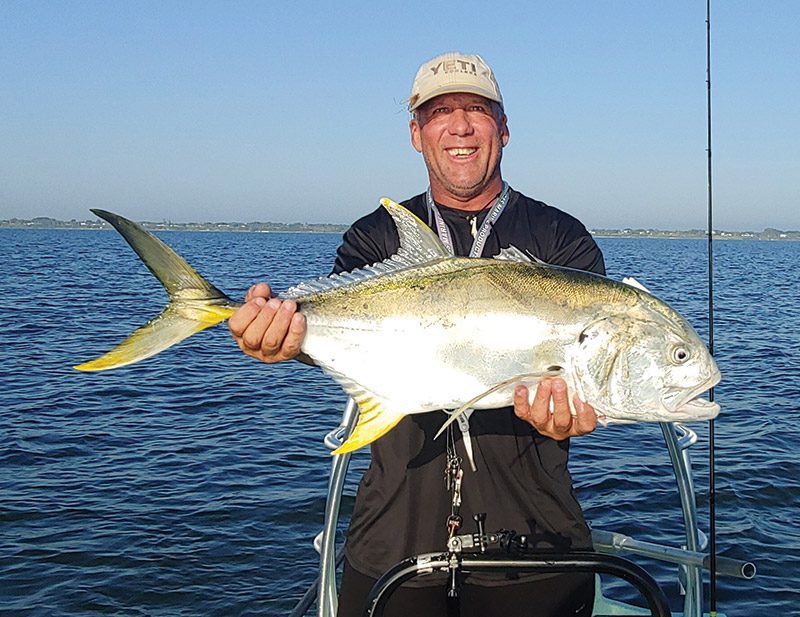 I hear it all the time. Open up any forum on social media and you will read negative comments about them. They are often called “nothing but shark bait” and “terrible table fare.” If there’s a Rodney Dangerfield of the fish species, it is the jack crevalle.

I’m here to share a different perspective. My wife, Margherita, and I moved here several years ago from Pennsylvania. While settling in, we often spent spare time fishing the Indian River Lagoon (IRL) here in Central Florida. That’s where I had my first encounter with jack crevalle. We caught several fish in the 2- to 3-pound weight class, and we were amazed at their fighting abilities. We also had no knowledge as to their edibility, so I cleaned a few and was surprised by the size of fillets they produced. My wife has been a chef for several decades. She seasoned the fillets, we baked them in the oven and were pleasantly surprised. We still receive odd looks when we tell people jacks are actually good eating.

The IRL is famous for snook, trout and redfish. I enjoy pursuing these species just like everyone else, but stumbling on a school of big jacks was a real eye-opener. Jordan May and I were poling a skiff on a flat south of Fort Pierce when it happened. I noticed a large wake in the distance, and we knew it was more than just baitfish. As we drew closer, the large black tails looked like huge permit at first. The school of over a dozen fish cruised past, unconcerned by our presence. I had a 3500-class spinning reel and hurriedly tied on a topwater plug. We set off in pursuit.

Poling within casting distance, the offering landed a few feet ahead of the lead fish and was instantly erupted on. I had underestimated. Upon setting the hook, it was obvious this fish wasn’t playing. The first run was almost a spooling experience. I eventually regained some line, and after almost a half hour had the warrior boat-side. After a few pics, the big jack was released. It weighed 24 pounds on Boga Grips and certainly changed our opinion of this amazing species. Jordan and I spent the remainder of the afternoon poling the flat, catching and releasing several other jack crevalle in the 20- to 30-pound class. We return when the opportunity arises, now armed with fly rods.

Jacks have become one of my favorite species. I’ve fished the Yucatan Peninsula of Mexico and the beautiful waters of Belize, and have often seen these bruisers cruising the shallows looking for a meal. Anglers in these locations show more appreciation for the species. I met several anglers who fly fish for them. Big jacks can be found surfing the rollers in search of baitfish in the trough.

Next time you’re fishing where jack crevalle are found, give them a shot. If you’re fortunate enough to hook and land one, I’m sure you will have a new-found respect.