Summer Flounder are called Summer Flounder for the exact reason—that they are only here through the spring, summer and fall months in the Lowcountry.

Usually, by late December, the Summer Flounder move out to sea, but before they do, they have a habit of gorging themselves as much as they can.

They have become larger and are growing up and soon will be harder to find and hunt down with your cast net unless you move into some shallower, small creeks.

Mud Minnows through the month of November can still be purchased from a number of local bait shops, and occasionally, if they have them in, they should also carry live Shrimp.

You should be able to target Summer Flounder along our Lowcountry beaches in the Cooper River, the Wando and the Ashley, and of course, the Intra-coastal Waterway.

The good thing about when you finally find one, they are usually in groups, scattered out along the bottom. 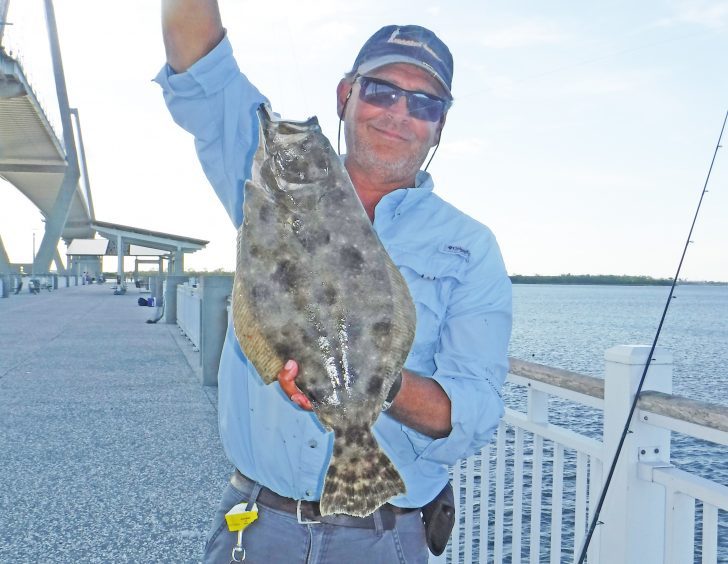 There they they flutter themselves, create a pit and rest, ambushing whatever comes by that is on their diet.

Usually a simple Carolina rig will work fine with all three of the baits mentioned above.

Casting out a sleeper rod just sitting on the bottom waiting for a bite works okay.

I personally recommend casting your Carolina rig out with about a 3/8 oz. egg weight or a 1 oz. egg weight and slowly drag and bounce the rig along the bottom back to yourself.

You will have to be careful because you might end up hung up in some debris, depending on your location.

The trick to increasing the probability of a strike by a Flounder is to drag the rig close to where they are lying, sometimes you will even drag right across them.

This will cause the Flounder to notice your bait and in a lot of cases will provoke a reaction strike.

If you feel the Flounder pull back, do not become impatient and go for an immediate hook set

You will notice this strike as you are moving and dragging your rig along the bottom, you will suddenly feel as if you snagged the bottom. To test for a snag, slowly pull the line to you softly.

If a Flounder has taken the bait, he will softly pull back. A snag will not.

If you feel the Flounder pull back, do not become impatient and go for an immediate hook set.

Instead, bring your rod tip down towards the water, allowing a little slack in your line and count six seconds. 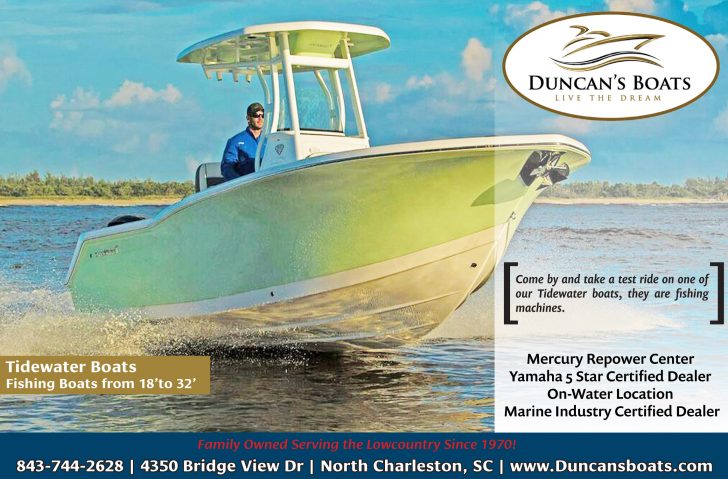 In most cases, you will have a successful hook set.

This is done because Flounder have a habit of grabbing your bait from behind.

They love to take their merry old time swallowing it, and since your hook with these live baits are usually put in the nose of your Mullet or Mud Minnow, the hook is always the last thing that enters the mouth.

Live Shrimp, on the other hand, I like to hook through the tail. This usually allows for a quicker hook set.

They have generated a good amount of success.

Of course, a number of artificial shrimp, like Billy Bay hollow foil magnum shrimp in silver or gold are one of my personal favorites.

Other brands like Live Target, DOA and Vudu work well.

I recommend for Flounder that you cast these baits out and allow them to sink to the bottom, jigging the bait in short strokes across the bottom, pausing occasionally.

When you feel the line get struck and pulled back, you do not wait to set the hook like you would using live bait.

This placement will allow the fish to bite over the hook in most cases.

Unlike live bait, once a Flounder realizes that his food is fake, they usually will release the bait immediately.

Of course this results in a lost opportunity to get a hook set on that nice, big Summer Flounder that you have been looking for.

I hope this helps with your next fishing adventure, especially before those Summer Flounder head back out to sea until next spring.

Until next time, good luck out there and have fun fishing! To view some fishing adventures, go to my YouTube Channel Fishing With Jiggin Jerry.