Spring has arrived and Gulf Stream currents are rising, which provides some of the best fishing of the year!

Look for those eddies..

In the early part of April the blackfin tuna are typically thick up north, especially if the gulf stream forms on eddies hooking over the ledge in the 150-200 foot range.

This occurrence happened in March when an eddy dumped 74 degree water over the Georgetown hole and southwest banks providing a feeding frenzy of huge tuna and wahoo.

Look for these eddies and sea temps when planning your next trip.

Wahoo fishing has remained strong as many boats competing in the wahoo tournament are catching good numbers with respectable size.

With the Gulf Stream waters quickly rising, the mahi mayhem season is right around the corner.

Start getting ready for those dolphin trips

There were some reports of dolphin being caught in mid March so they’re on their way.

Go ahead and start getting ready for those dolphin trips because it won’t be long before the blue water is teeming with dolphin. 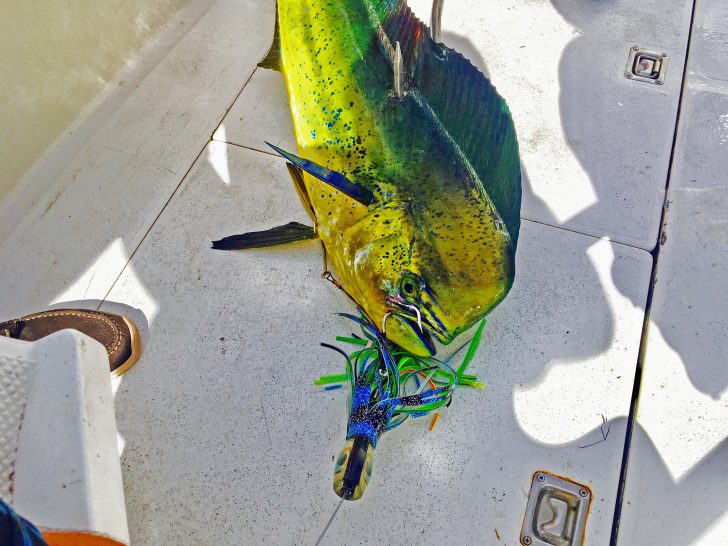 Even more exciting than the dolphin is what will be chasing them, the man in the blue suit.

Keep those pitch baits ready or a lure out for that blue marlin that shows up in the spread.

When dolphin fishing, the ledge offers a steady bite in mid-late April; however, riding out to the gulf stream is where the heart of the pack thrives.

Spring is here, which means it’s some of the finest fishing of the year for South Carolina

There is an abundance of baitfish underneath the grass lines and mats that forms along the stream called “the rip”. It may take some riding and searching to find these spots, but when you find the fish, it’s on.
Spring is here, which means it’s some of the finest fishing of the year for South Carolina. Get out there and enjoy those perfect spring days on the water and catch em’ up!

You may also enjoy reading: Improve Your Offshore Fishing Skills 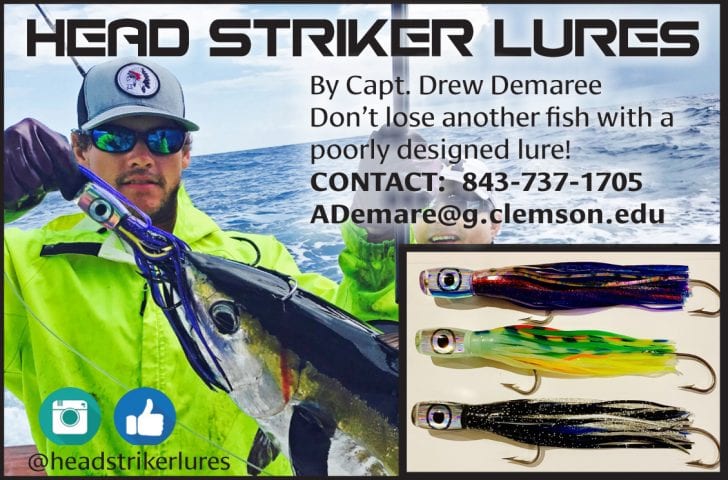