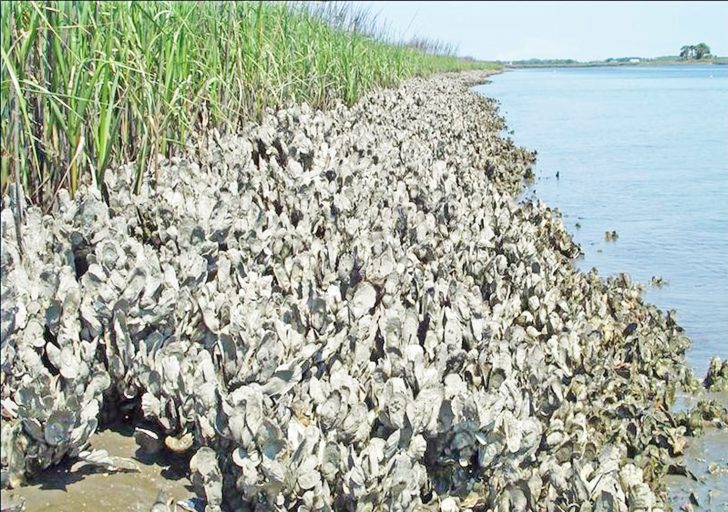 Those resources include all the main fisheries, whether it is Redfish, Speckled Sea Trout, all the finned fish, Shrimp, Crab, and Oysters.

Trent Austin leads the SCDNR Oyster Recycling program. Oysters are in the top four fisheries in the state and bring in millions of dollars of economic activity.

The shell recycling program was conceived in the early 2000’s as a way to actively manage South Carolina’s oyster resource. 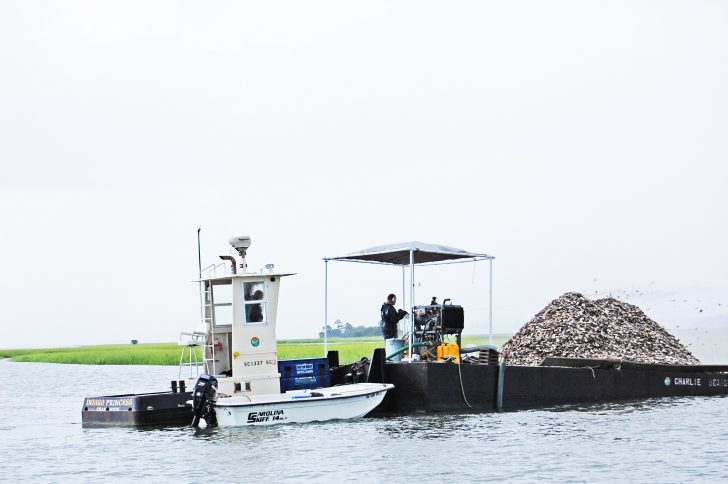 It was a pilot program which started with one trailer and a couple of recycling bins and one or two restaurants.

They started picking up shells instead of bringing them from out of state locations, since that time the program has grown.

Now they service nearly fifty restaurants across the state from Greenville to Columbia down to Murrells Inlet, Beaufort/Hilton Head and the Greater Charleston area.

There are also thirty plus public drop off sites throughout the state where South Carolina residence can take their oyster shells.

SCDNR also takes their trailers to larger oyster roasts and events around the state.

They wanted to get ahead of that here in South Carolina. SCDNR is able to utilize 100% of the shells recycled to plant onto state managed shellfish grounds.

By planting the shell they are able to create a hard substrate where juvenile oysters can attach themselves and grow to create a new oyster reef.

Oysters are broadcast spawners and in the warmer months millions of larvae or baby oysters are released into the water column. 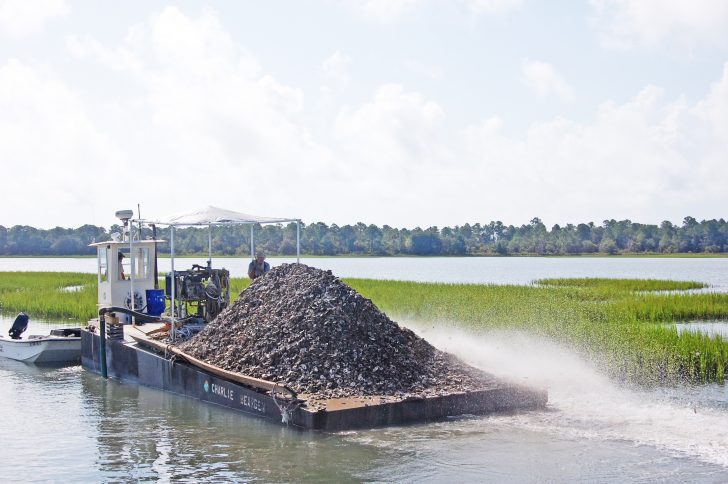 They will move with the tides and in a couple of weeks settle out and land on the hard substrate created by the planted shells.

The shells are placed on large barges, then with a high pressure water cannon are distributed onto the scientifically selected planting sites that will become new oyster reefs in 1 to 3 years.

Over a hundred and twenty species utilize oyster reefs at some point in their life cycle.

Oyster are considered a keystone species and play an important role in the ecology of our estuaries.

If they were to disappear the estuaries would collapse. If your putting on a large event with an oyster roast SCDNR can come out and collect the shells.

When it comes down to numbers over the past year SCDNR has recycled over 35,000 bushels of shells.

That puts them as the top state run program in the country. SCDNR are in the top one or two nationally for shell recycling and they are only a team of three people!

Although the program is nationally recognized for its efforts, SCDNR still has to purchase shell out of state to meet its annual planting quota.

Every bushel recycled offsets the need to purchase more shell from out of state. DNR needs your help to recycle shells and sustainably manage the states oyster populations.

Find the nearest shell recycling drop off location from the new interactive map by visiting saltwaterfishing.sc.gov/oyster.

All of this is funded by recreational saltwater fishing licenses.

Next time you buy your license think about the recycling program and how it works to improve and sustain this important natural resource.

Programs from around the country call to find out how SCDNR runs their oyster recycling program, they are known to run one of the most efficient programs in the country.

You may also be interested in reading Are We Losing Our Habitat?