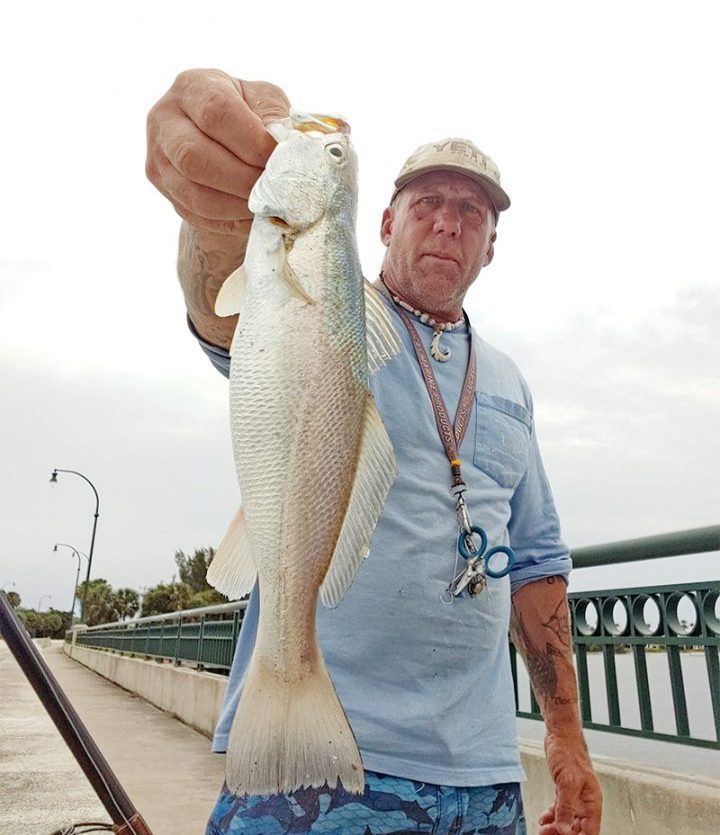 It’s no secret the Indian River Lagoon is going through some very dark times. It’s also true there are some very trying times ahead, and unless we all work together for change, the lagoon we all know and love could be gone forever.

I live just a stone’s throw from the water’s edge outside Jensen Beach. I, too, remember how the IRL of old was a world-class fishery. I have a burning desire to see it return to its former glory.

But even today, with some basic knowledge, persistence and a little luck, you can still enjoy days that are very memorable on the lagoon. In the early months of this year, I found a location that held good numbers of a trout species that is ignored, misunderstood or unknown by many anglers. The silver seatrout, also known as the “white trout,” is small in size but can be big in fun. Not to be confused with the sand seatrout, which has a more yellow color and grows to a much larger size, the silver has a grayish back, silver sides and a white belly. There can be very faint rows of darker spots on the upper sides near the back and the fins are pale yellow except for the darker, grayish dorsal fin. The silver has a pair of large canine teeth at the tip of upper jaw with its short snout of a head with large eyes. The silver is the smallest of the seatrout species. These predators typically are caught under 10 inches in length and weigh no more than a half pound.

Silver seatrout spawn offshore in deep water during the spring, summer and fall and are typically caught inshore during the winter months while they’re feeding on small fish and shrimp over a sandy or sand/mud bottom.

I spent a few short weeks targeting these amazing little fighters. Then they disappeared just as quickly as they appeared. I was using light tackle, with a 1/8th-ounce jig head and a small shad body, dragged slow along the bottom or thrown quartering and swinging with the tide. I was amazed that even during these times with all our water issues they could be found in good numbers. When I was able to locate the school, just a few hours of fishing produced between 10 and 20 fish, most in the 10- to 12-inch range. But, there were a few that could be considered “monsters!” I caught a handful that were longer than 15 inches and two longer than 20 inches.

I have no issue with anyone keeping fish for the table. But, I can tell you that every silver caught was released with the hope that future generations have the opportunity to catch these beautiful, often overlooked fish. The next time you’re on the lagoon, keep your eye open for the habitat that holds these fish. Maybe you’ll catch a few.