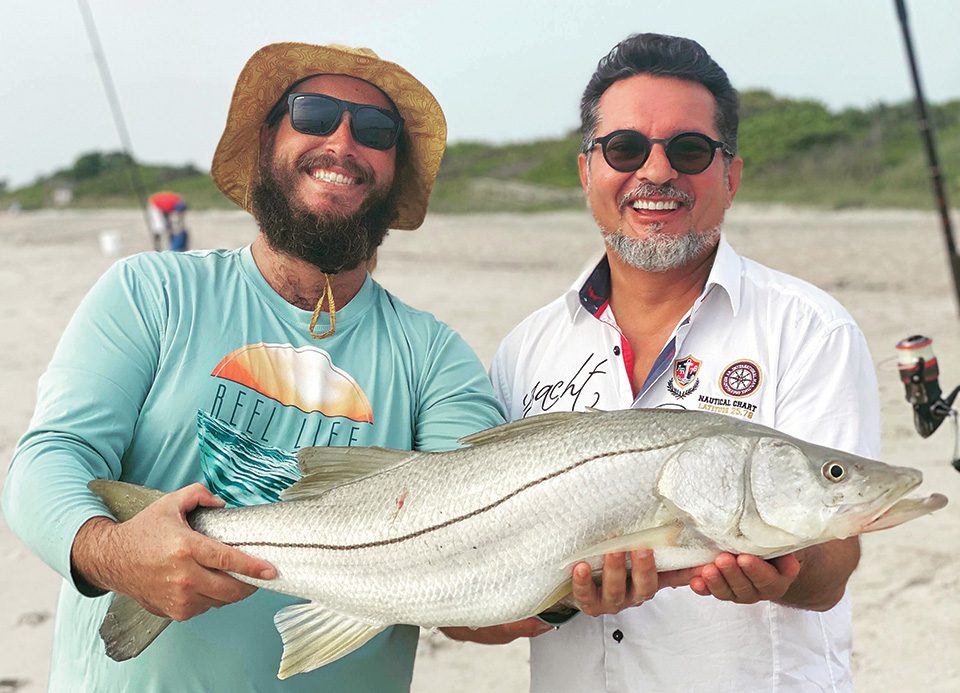 Speechless comes to mind when describing the summer surf fishing we’ve had up until this point on the Space Coast. While trophy snook typically roam the shores during the month of August, this year may be hopeless with the slime and seaweed that continues to persist on our beaches. Who would’ve thought it would come to this? Clusters of seaweed have traditionally plagued our shoreline for various periods of time throughout the year, but nothing like this slime we’ve been seeing. With the ebb and flow day to day, it seems as if any glimmer of hope on a retreat will quickly be thwarted the next day. There’s plenty of fish to be had if you have the ambition and will to persistently fish through it, but understandably it has deterred most from achieving success. 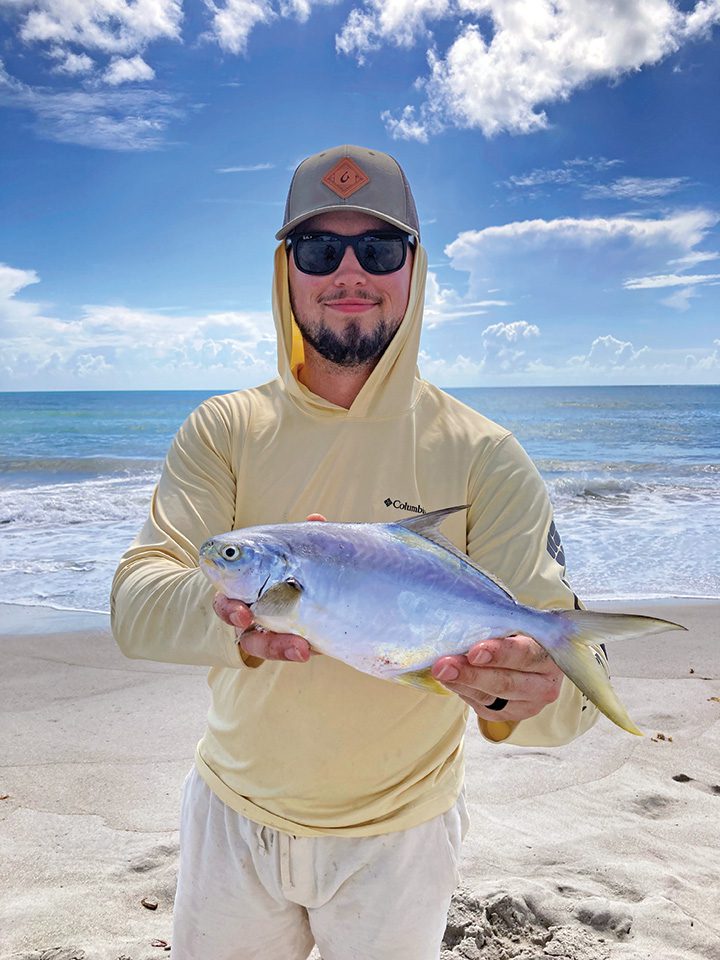 As mentioned previously, the slime has taken over the headlines for surf fishing anglers in Brevard County and south. With that being said, our guides have continued to find success when putting in the time to find the best conditions day to day in the different regions of our county. Pompano, whiting, croakers and snook have been the most commonly caught species during the early summer months, and this trend looks to continue through August. Also, the shark fishing remains consistent if you can find enough soaking time between the slime to get the sharks’ attention.

Catch and release trophy snook are another species that normally highlight this time of year, with the only deterrence to success being the dreaded slime. Although it’s extremely challenging, with constant maintenance it’s possible to present live baits to these large fish. Casting out live croakers or mullet in the first or second trough, you may only get a few minutes of clean gear before having to reel in and reset. But for this unique situation that’s what it takes to present a quality bait with a clean presentation. It’s definitely not the “kick back and relax” type of surf fishing some are used to, but the fish are available for those willing to put in the effort.

Pompano are another species that frequent the waters off Space Coast beaches during the summer months. Although everyone believes pompano season is in the winter and spring, we do have residential fish that preside in the area year round. Our local fishing charters have been providing clients with rod bending action on these residential pompano, with legal sized fish coming ashore. There’s also plenty of undersized pompano that need to be treated delicately and released to ensure survival. Pompanettes are often confused with pompano or permit, but there will be a frenzy of these fish roaming nearer to the first and second trough. Fishbites in the crab and clam scent rigged on a pompano rig with beads tipped with fresh dead shrimp has been the bait of choice.

Looking forward to the next few weeks, we should begin to see a large push of bait filling into the area. This will, in turn, trigger the predator species to ambush recklessly along the massive schools, creating amazing opportunities for topwater strikes. Snook, jack crevalle, bluefish, ladyfish and sharks will make up most of the species targeting these bait schools. Keep your fingers crossed that we can get a big swell or north wind or something to alleviate the slime that seems to be glued to the sea floor just off the shore. Get out there and have fun!